What's so great about The Lorax 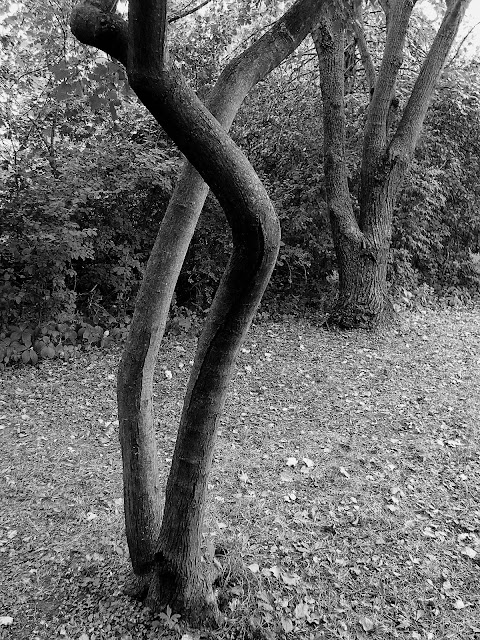 Only known historic picture of the now presumed extinct Truffula Tree (on left).

Among the remarkable and prescient work of Dr. Seuss nothing is quite as immortal as his nearly biblical classic The Lorax.

And it's not just for the purity and moralism of its storyline, which reaches so far into fable and fairytale that it ventures into the best of religious literature, nor is it just its astonishing politics that more than half a century later are more flatly and desperately essential than ever, but it's also in the small sweetnesses of its sketch of a storyline, the deep truth of its themes, and even in the touch of its own self chiding awareness.

But let's pull back a little.

The Lorax is a picture book, for little kids!, about a young person in something of an environmental wasteland, who is seeking the story of what happened.

What happened is that Capitalism and self-justifying greed destroyed the world.

It's a small scale post apocalyptic tale as essential and far seeing as 1984, Brave New World, or The Handmaid's Tale. only super short and, honestly, not as unnerving, which is just as well since seven year olds, its intended audience, are no more resilient now than they were when it was written.

Anyway, a Capitalist, called The Once-ler, comes across an unspeakably beautiful forest which he then begins to cut down in order to create (and market very effectively) a clothing product, the Thneed. He, the Once-ler, is warned about the terrible damage he's doing multiple times by a hectoring mythical figure, The Lorax, who speaks for the trees and for all the animals made homeless by the relentless environmental degradation involved in the manufacture of Thneeds.

The Once-ler does not heed these warnings. Indeed his array of arguments and dismissals of the strident complaints of the Lorax are a pitch perfect representation of contemporary corporate, Republican, and Centrist Democrat ideology. It's more or less the neo-liberal playbook:

3. People are crazy for Thneeds. What could be more democratic and right than providing what the people want?!

4. Obviously there are plenty of trees to go around! They're trees, for god's sake, they're everywhere!

5. If a few fish and birds have to pack it in sometimes there's just a cost that must be paid for progress.

6. The discussion is pointless anyway. The Once-ler is doing what it's his right to do; run a successful, tax-paying, people employing business.

The Lorax "speaks" for the trees, but while the very theme of The Lorax might be that seeing and speaking the truth and caring about it, is our only hope, it might be a questionable defense against Capitalism.

The end of the world is coming.

Keep a few seeds by to restart it later.

Here are a two touches I love about The Lorax:

1. The Lorax himself is not cute or eloquent or charming or smooth or persuasive. He's just this weird, small, cranky, middle-aged or older, slightly magical but not where it's important, speaker of truth. And he is naturally apoplectic to be saying "You're killing everything!" and to have the response be:

"You've got to go along to get along."

"So what? Who cares anyway?"

The Lorax is Bernie Sanders, or most Americans at this moment, voting desperately for Joe Biden, or, probably, let's face it, and don't think he didn't know it, Dr. Seuss himself.

2. The Once-ler may be the ancient mariner of our story, doomed to tell the tale of his environmental crime and devastation, but he's not really reformed. Here's the telling thing about the Once-ler that I love:

He still charges money for the story of how he broke the world in his pursuit of money!

Ha! Think of Bill Gates here, or any titan of Capitalism who retired to the lionized work of their Foundation.

And so in conclusion,

I didn't exactly notice this before, but,

The Lorax is a terrible, depressing book.

What was I thinking?

But I guess it's good preparation for the reality of life in America. Go to it kids.