At my library, particularly in the area of the front desk, I had placed a number of small, freestanding, framed, mash-up pictures of the kind you will be familiar with if you are reading clerkmanifesto, which, it turns out, you are. If reading this is a mistake I would suggest as the easiest remedy, close your eyes.

As the Beatles say: Living is easy with eyes closed...

Anyway, if you're the hard living type and your eyes are still open, which they are if you're reading this, as I haven't produced an audio version yet (Note to self: get to work on the clerkmanifesto podcast!), I would like to report that all my mash-up pictures of exotic and famous characters in the library were taken down while I was on vacation.

They were taken down!

They were very popular!

Way more popular than this blog, for instance.

It turns out this taking down of the pictures was more of a half-hearted de-cluttering thing (sort of), and I can probably put them up again in some fashion, which I probably will when I reorder, simplify, and reorganize the front desk of my library. Eventually...

But in the meantime this all caused me to reexamine this line of "Characters at the front desk" photographs, and I decided it might be a good time to have a little retrospective here of these pictures, both because I find them fun, and because they really do give such a good flavor of what it's like out at the various desks of my library (though mostly the front one).

There are a lot of these pictures!

So I am going to put them up in bunches, in a kind of snapshot format. 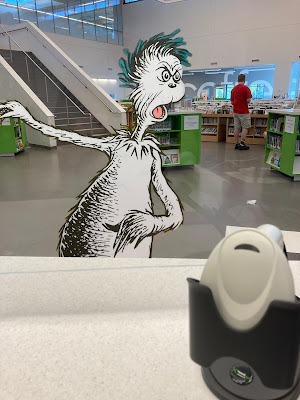 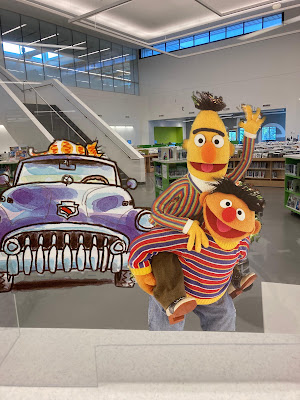 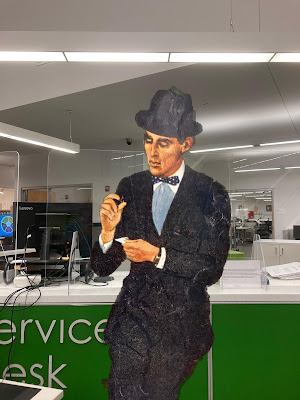 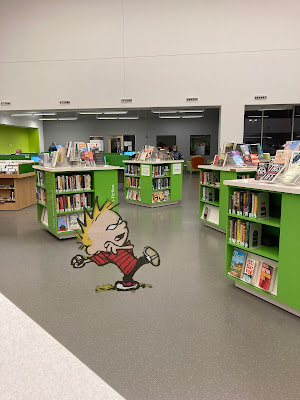 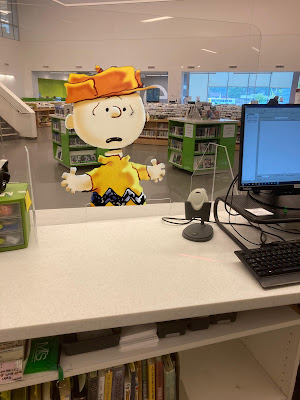 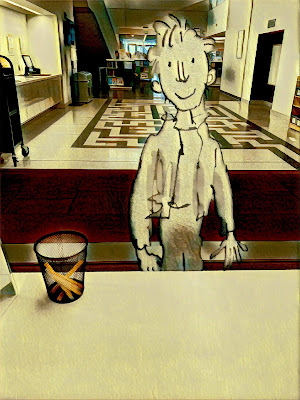 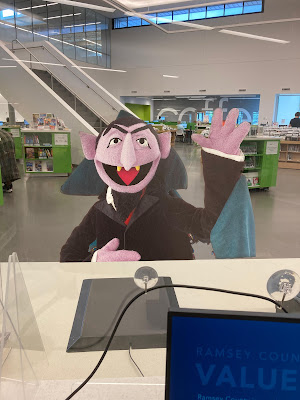 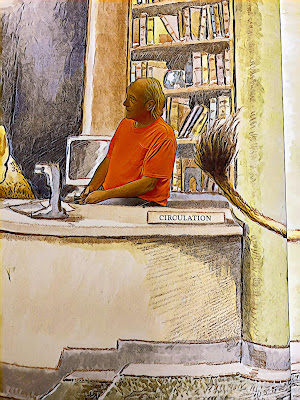 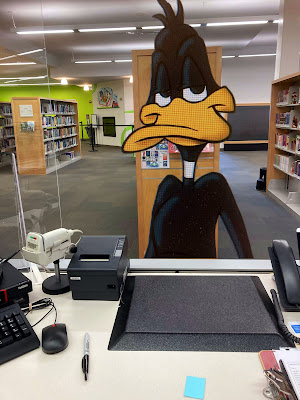 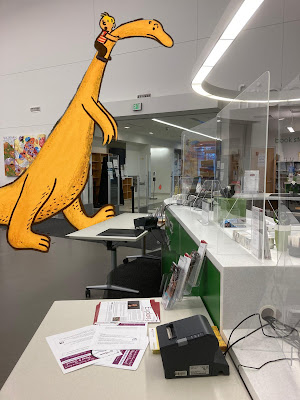 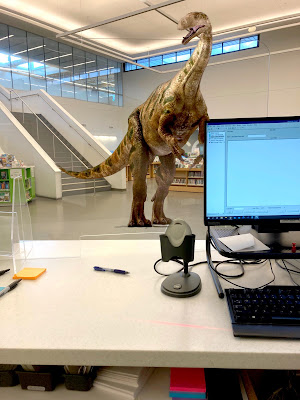 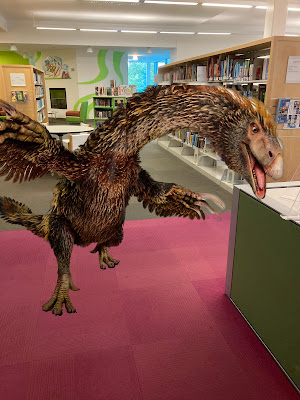 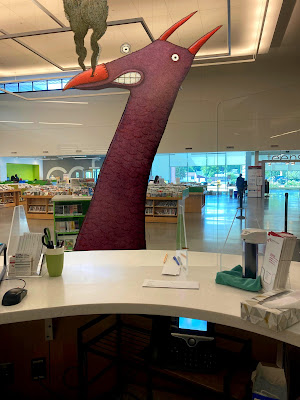 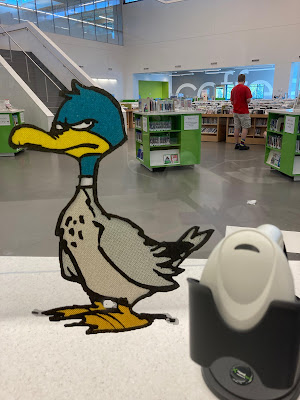 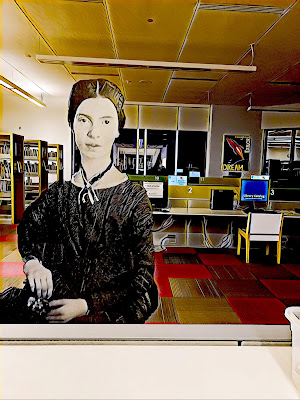 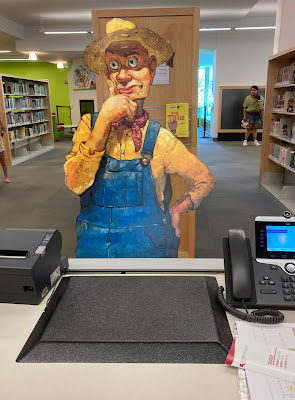 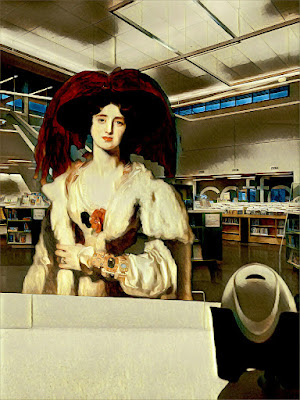 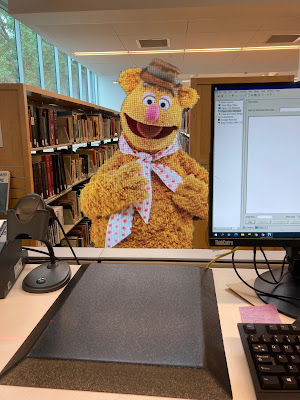 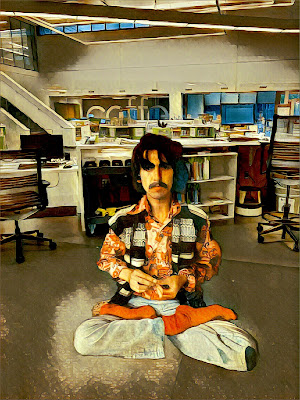 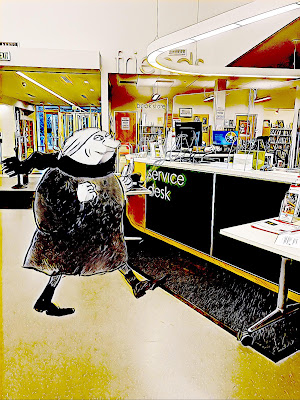