As Feldenstein Calypso noted on an earlier post, I was invited to guest blog for The Clerk Manifesto over 30 years ago, while he and I skinned a rattlesnake in the bathroom of my parents’ home (the smell was delicious, a mixture of strawberries and walnuts and chocolate cake mix) and my grandmother asked us through the door in her thick Boston accent why we were taking so long and why it smelled so nice. We said something about inventing a new cologne and, after decapitating the snake and scraping the innards from the skin, we cut the rattle off. That left us with the rest of the snake to dispose of, and that’s where my memory fails me. Maybe Feldenstein Calypso recalls what happened.

“Our handyman’s rabbit chewed up the snake skin.”

Later that day we went bowling and discussed what we had left of the snake. In a few short weeks I would be off to chiropractic school and Feldenstein Calypso would begin his training as a line judge at Wimbledon.

“The rattle!” we both said.

“We could cut it in half,” I suggested.

“That’s a good idea. That way we’ll always know where it is.”

“I think I have an even better idea!”

“I can’t believe I thought of this! It’s perfect!”

“Yes! How about you keep it for six months and then mail it to me, and we’ll keep doing this until the day we die.”

“But one question,” I said. “The person who dies first—does he get buried or cremated with the rattle, or does the survivor keep it?”

“Let’s think about it. I’m sure we have a lot of time before one of us dies.”

And so it was settled: Grape Areeww brought the rattle to chiropractic school, and in six months time he mailed it to England, where Feldenstein Calypso kept it, and so on, until this day, where it sits here, right now, on this desk, ready for a new journey to an unnamed Midwest town.  It has been in every continent of the world and even for a short time in the micronation of Asbamaslovendad. Here, dear Readers, is the rattle: 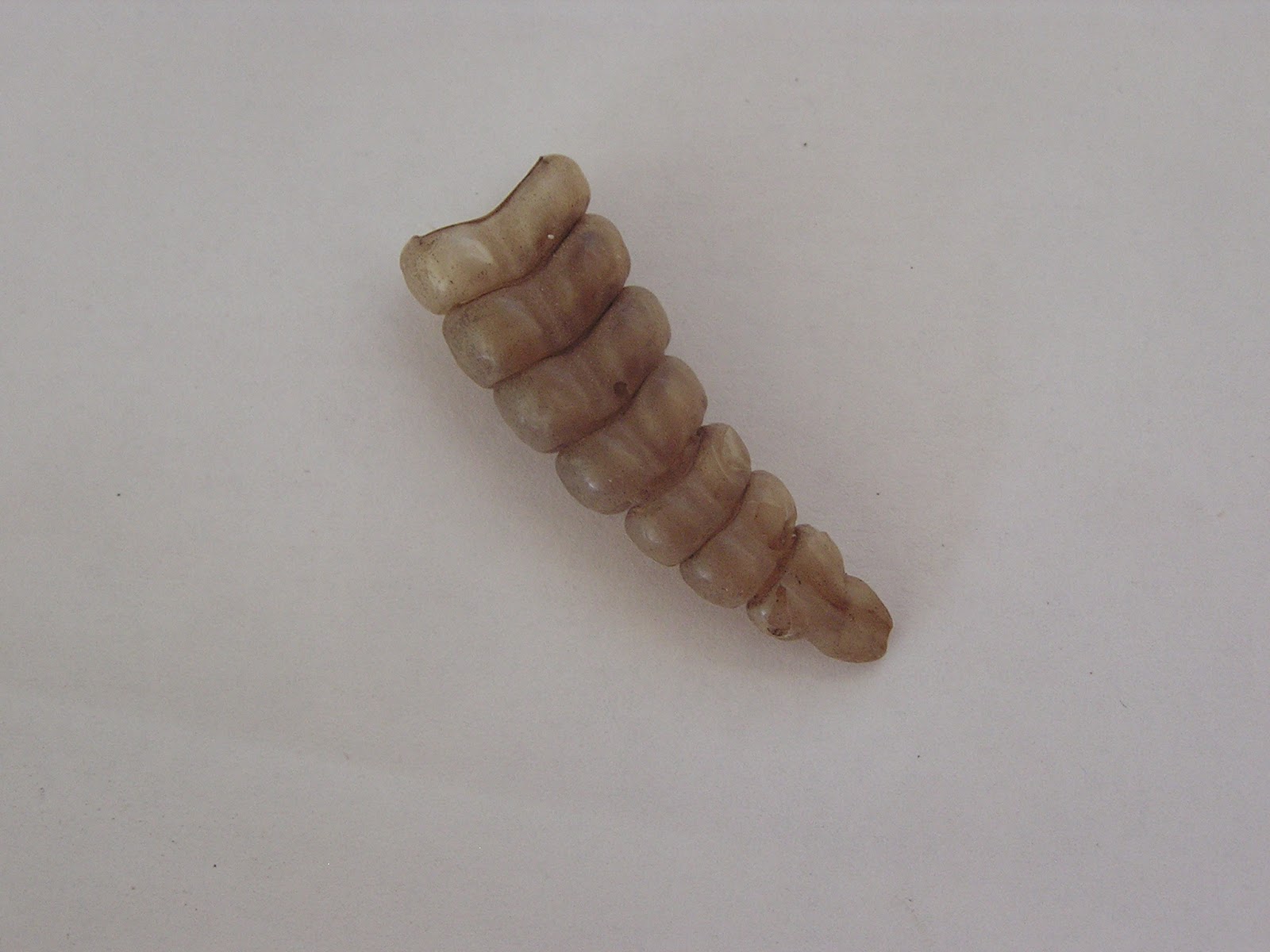 Oh, yes! I am live blogging here, blogging about what’s going through my mind right now, this day, and how deciding what to blog about isn’t as easy as it seems when you don’t blog regularly, and how blogging live this morning just felt like fun, and then I started describing the origin of my promise to Feldenstein Calypso that led up to it.

I see the fates have played a lovely joke on me: I have live blogged!

I am left with only one thing to do: I must pack the rattle in a secure way. It is Saturday here in Guadalupe del Los Arboles, 12:45 in the morning, and the post office is only open on odd hours.
Posted by Feldenstein Calypso at 6:30 AM