Level of writer's drunkenness (in real life, scale of 1-10): one

What am I eating (in real life again)?: one

Map or picture?: one 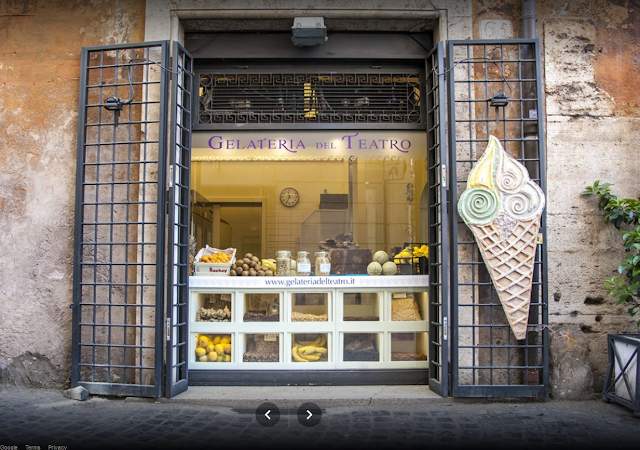 Any other notes/Status: one, oops, sorry, I don't know why I keep typing "one". I'm okay now.


As far as I can recall, when, a year or so ago I first talked here about this trip to Rome, I talked about gelato. The gelato journey I then went on here was a long one. It went from the bewilderment of the raved about gelato shops of Rome, to an attempt to find them all, to an attempt to seek out the single best one, to an understanding of the unreliability of all accounts regarding gelato as it makes people pleasantly unhinged. I can't say I completely abandoned my interest in gelato, but I mostly did. I have gone out for gelato less than ten times here. In pursuit of trying to eat in a way that would help me feel well here, the elimination (sort of) of gelato was the biggest bang for the buck way to keep me on an even keel and maintain some semblance of an anti inflammatory diet I try to keep up. Sugar is the best and easiest thing to cut to almost nothing.

But all that said, as we started with gelato so shall we end here with gelato. This is our last full day in Rome. And rather than cry, or reflect, or sum up, I say let's go grab a gelato. So I do, over at Gelateria del Teatro, a place that many people feel is the best gelato in Rome. And it is, in a 15-way tie for first.

Gelateria del Teatro is ridiculously close to our apartment, not one of those places just out the door, but one that's a straight shot down a single street, which is not so common around here. I asked for what they thought was their best flavor and got Peach/lavender and White chocolate/cherry.

It was the best gelato ever! I'm only human.