Surely the Internet would be more intrigued if I had compelling photos suggesting extraterrestrial intelligence is visiting our planet, or perhaps yet more evidence of the deep corruption in our police forces and city government. But, perhaps fortunately, the Internet doesn't spend much time here at clerkmanifesto. And you who are here instead are just as likely to be captivated by smaller mysteries.  Tiny mysteries. A mystery on a bee!

But let's step back just a bit for a moment.


There I was processing my day's photos. There were the usual scant few good ones and the mostly not good ones.


Here is my favorite from that day: 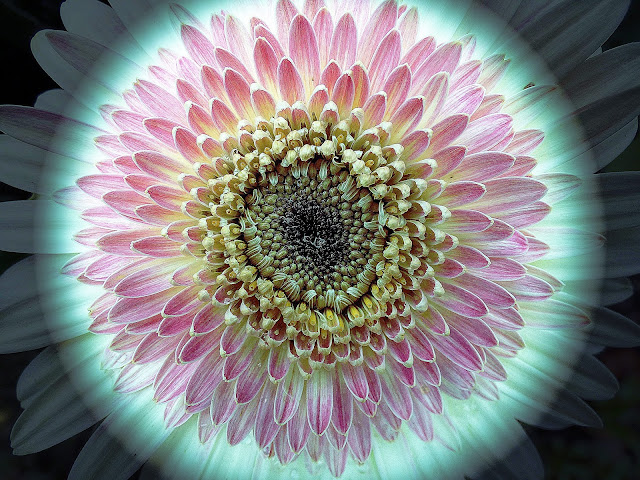 Also in that series of photos were a bunch of shots of a honey bee. They all turned out pretty blurry. Hoping that maybe one of them could be punched up into a nice enough photo (it couldn't) I noticed something peculiar.


Here, let me show you the picture (warning: lots of unretouched blurry pictures of bees coming up): 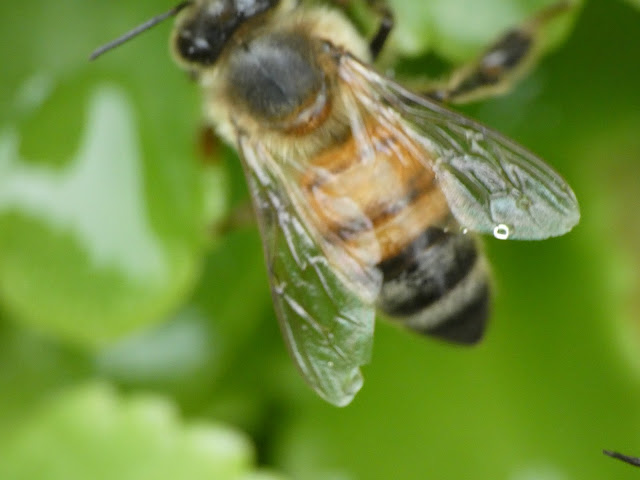 So maybe if you look closely at this picture you will think "What is he trying to indicate with the white circle on the bee's right wing?"

It didn't wipe off. So I looked at another picture: 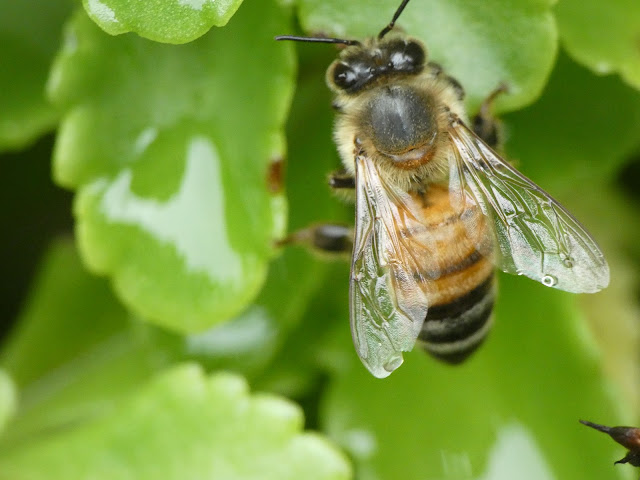 There it was again. But since I couldn't exactly remember where the circle was in the last picture I now wondered if something was on the lens of my camera.

But none of my other pictures not of the bee had this white circle.


So I looked at all the other blurry bee pictures: 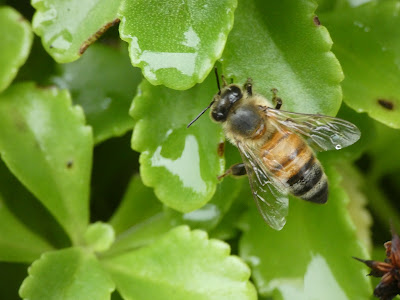 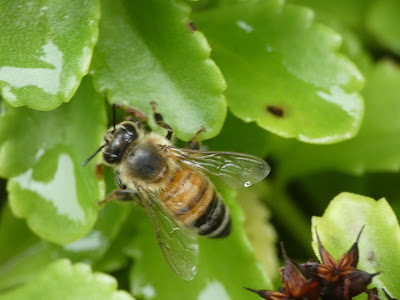 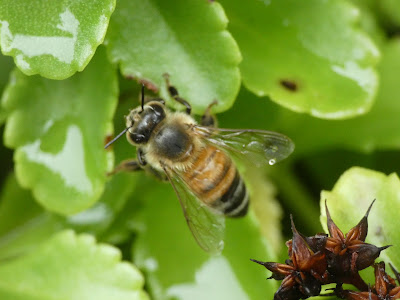 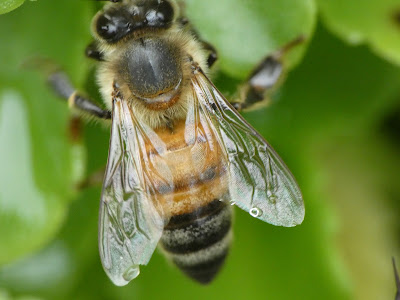 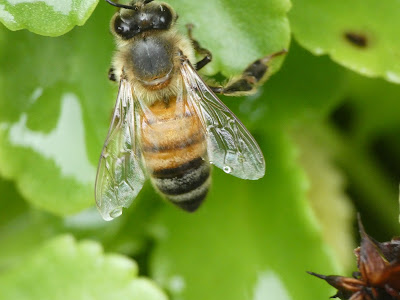 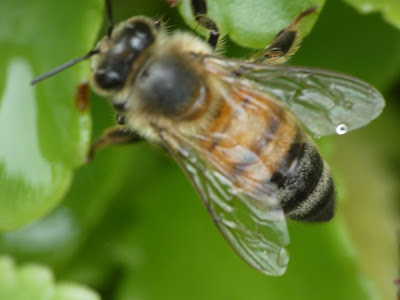 Okay, so it is definitely on the bee's wing. A strange white circle.

I took the clearest shot I had of the bee and sharpened it up (as well as I could): 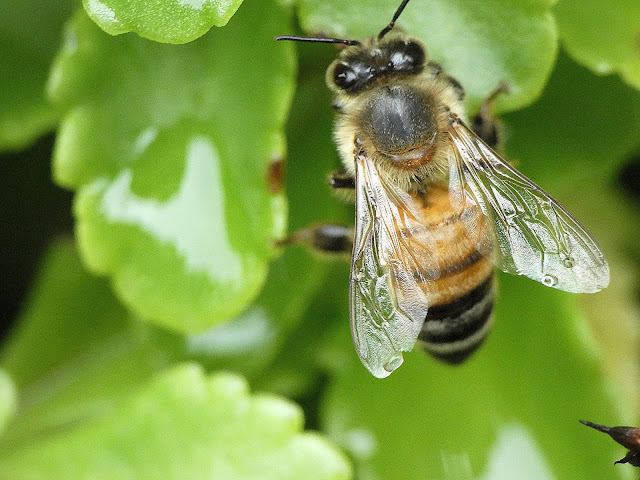 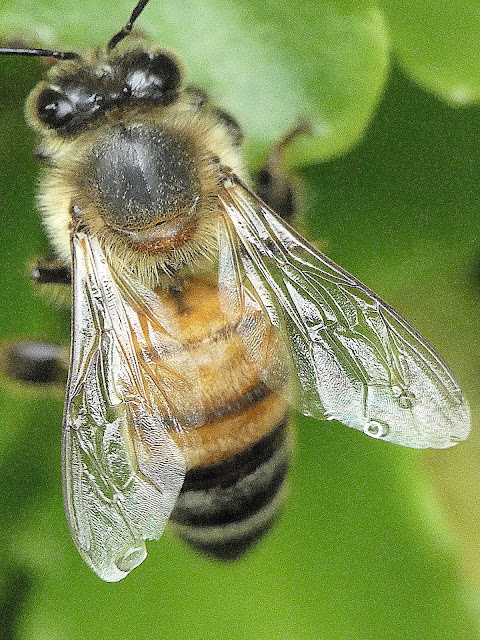 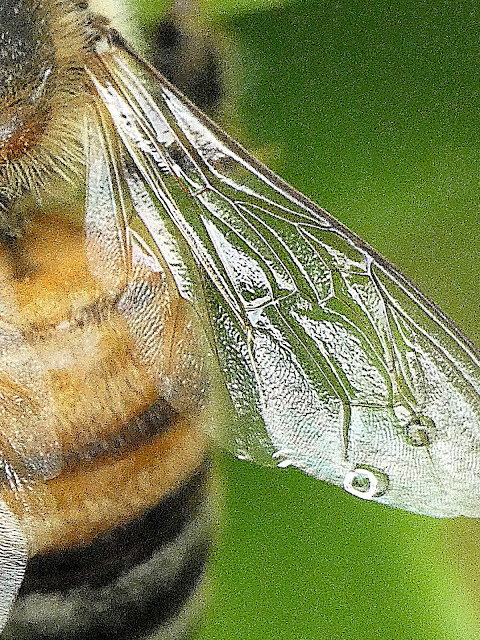 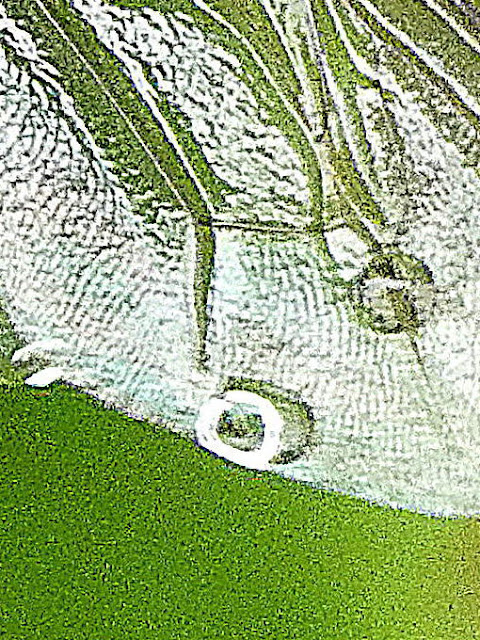 And I still had nothing.

Although I will say that in the super close up view of the inside of the white circle on the bee's wing, if you look very carefully, it looks a lot like a UFO sitting in a field in the woods.

I hope the cops don't find it.