I'm on no high horse here. And if I toss a few stones around, as I am apt to do, it's my own glass house that might shatter.

On an impossibly gray day, known in my country as Thanksgiving, late in the afternoon the sun was already setting somewhere in the gloom, and I decided to go for a walk.

I took my camera. 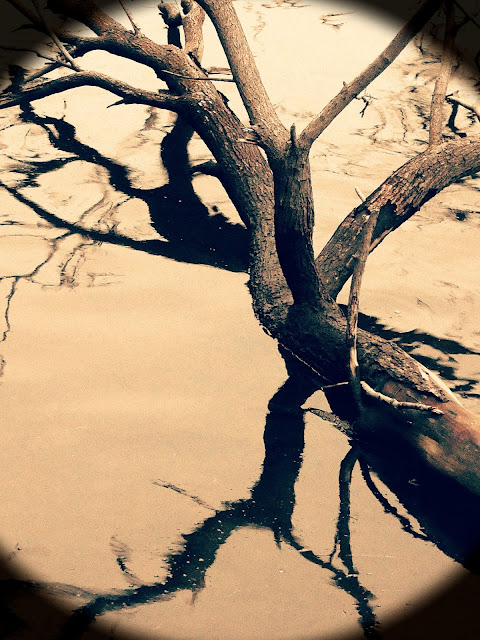 I wondered if, on a Thanksgiving Day, I might see the wild turkeys.

That is what I hoped.

I didn't see the turkeys. But this, from a few days earlier, is a picture of a couple of the ones I was wishing to visit: 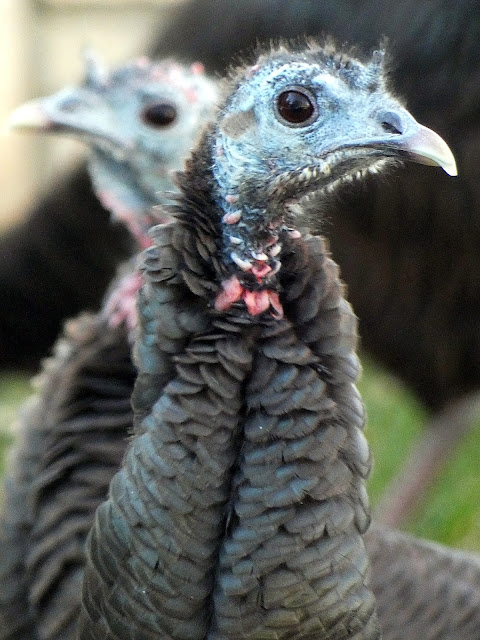 I did see a cardinal, deep in the protective mesh of tree branches that made it hard to photograph. This was just after leaving my home: 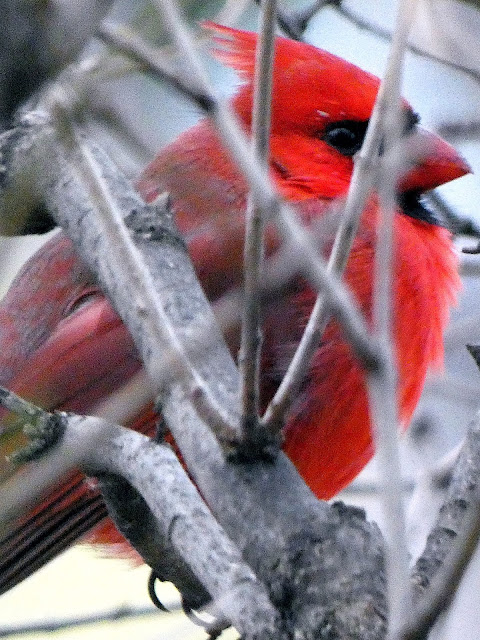 I took dozens of pictures, struggling as my camera tried to focus on the branches instead of on the bright red songbird among them. 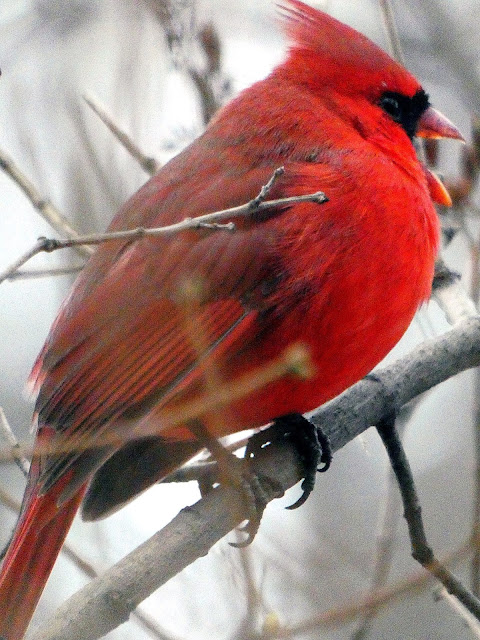 And eventually I made my way to the River.

I found a new path that took me to a sandy beach where it was dark and dim and cold, and the water was full of ducks. 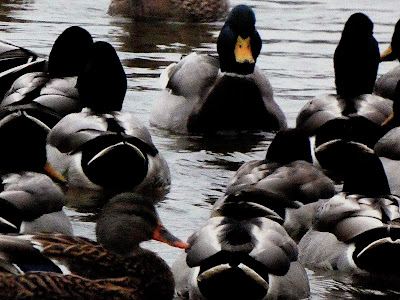 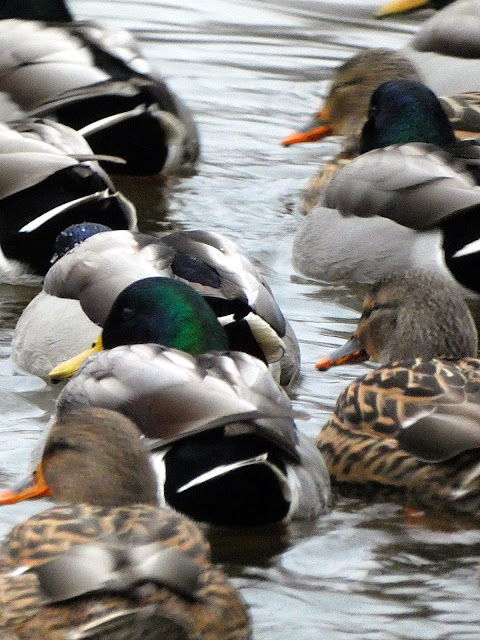 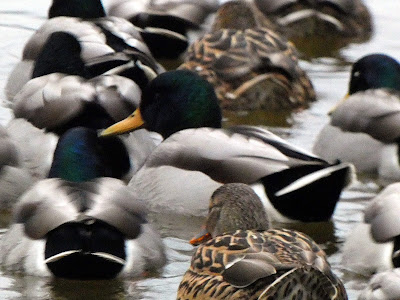 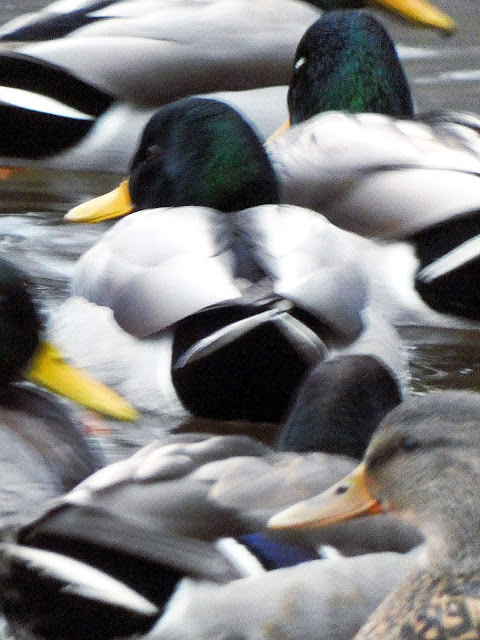 Then I headed back through the neighborhoods. Neighbors were inadvisably having Covid-19 Thanksgivings, fueling a deadly Pandemic, though most of the groups I saw were thankfully small. One of the biggest groups seemed to be hanging out on their front lawn, shivering, which was safer. So that was good, I guess. Either way I understood then that with all that holiday activity I was unlikely to see any turkeys.

And then I came to the house, with a big side yard, where I last saw more than 20 turkeys. 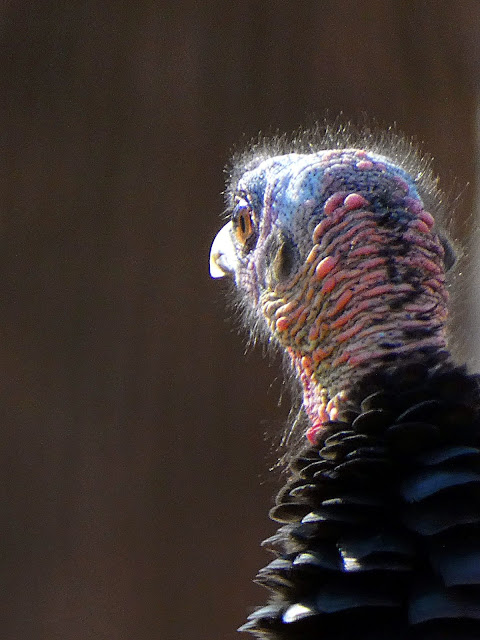 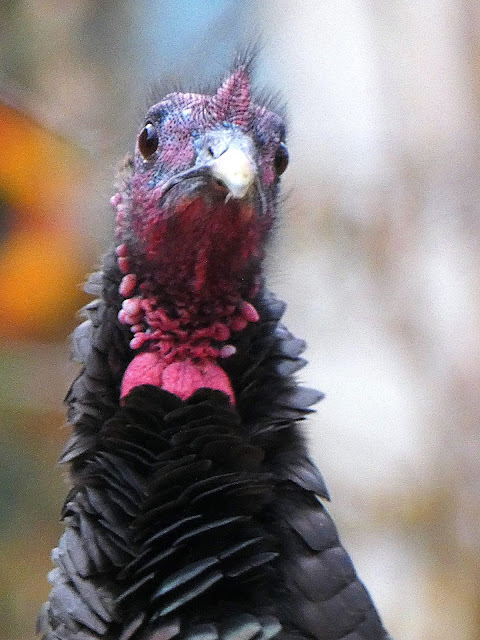 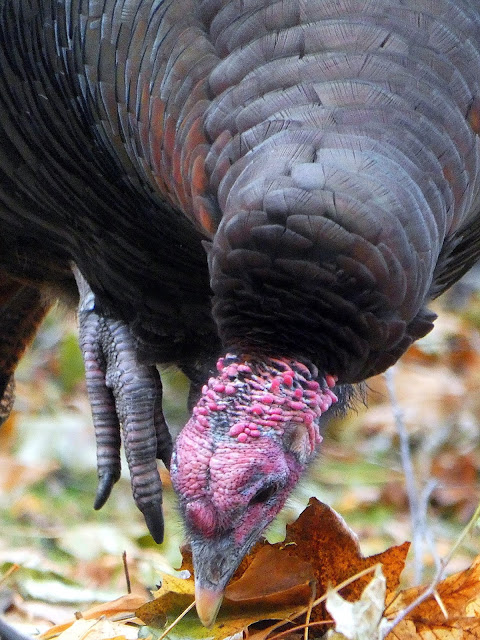 But on Thanksgiving Day there were no turkeys there. There was only a wide and empty lawn and a distant squirrel in the small woods behind.

Instead, on the sidewalk in front of that house, was this: 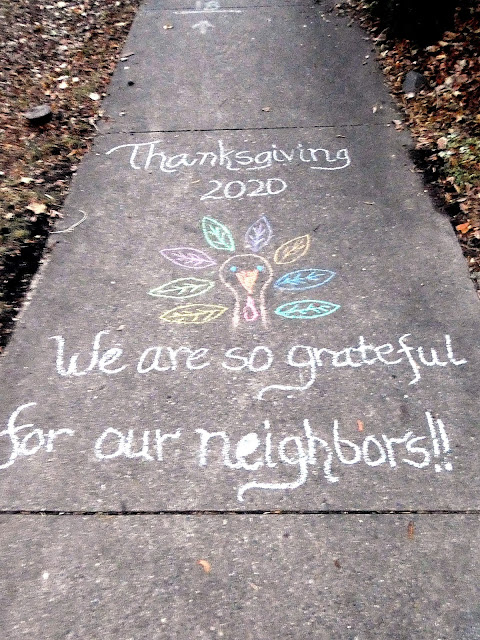 First, let me say, Mea culpa. I am on occasion fond of some smoked turkey, thinly sliced, with onions and good homemade mayonnaise on a fresh and crusty sourdough bread.

But 46 million turkeys are killed for every Thanksgiving!

And on the sidewalk where turkeys live there is this?

"We are so grateful for our neighbors!!"? With a picture of a turkey! Turkey! The symbol of Thanksgiving because it's Dinner!

"We are so grateful for our neighbors!!"

Your neighbors are turkeys!!!!!!

Although maybe that's what you meant.