While I just returned from from a long wander in which I mainly photographed trees (envisioning an unlikely to be amazing series of simple, single trees growing in my library), and while I, at the end of that journey, encountered the local turkey quartet (I doubt I got any particularly good pictures. I was very close to them, but I can't begin to convey to you just how much their heads move. Which, we should be sure to remember, is entirely their prerogative), what I am actually here to show you is my  latest pictures from the "Guess who visited the Library?" Series.

I am still putting these pictures around in the library, in the locations where they took place, but oddly all the ones in the immediate radius of the reference desk have disappeared.

Perhaps someone got offended at the "Oscar the Grouch as Reference Librarian"?

A cartoon octopus appears in the last picture today. It's probably my favorite of today's pictures, and I quite like octopuses, but some of the best people in the World don't much like octopuses, with their suckers and arms and everything. 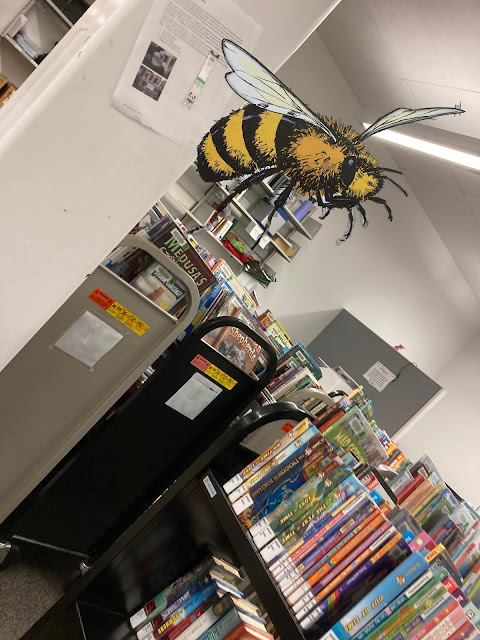 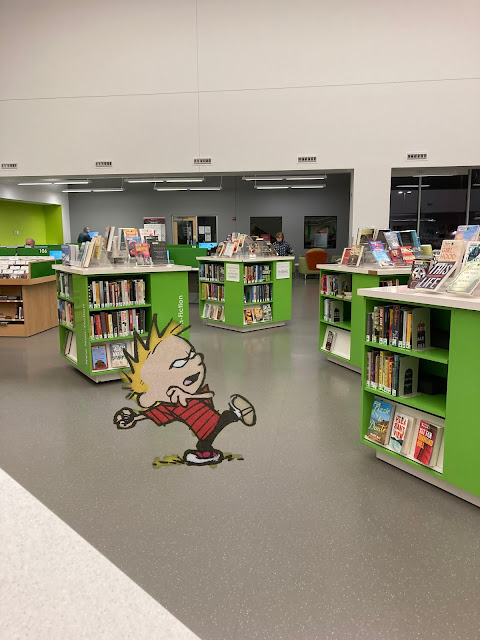 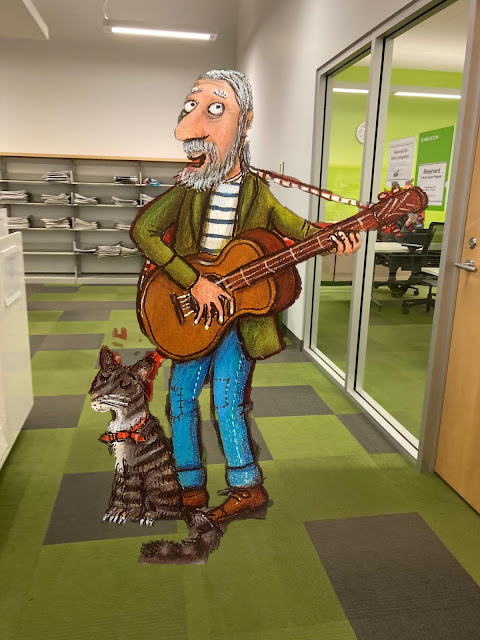 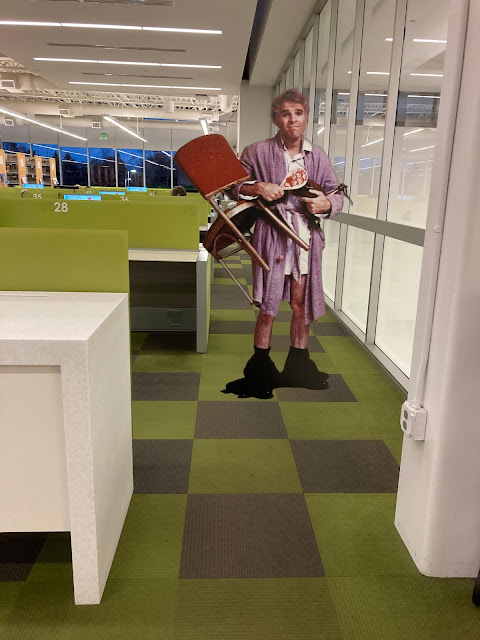 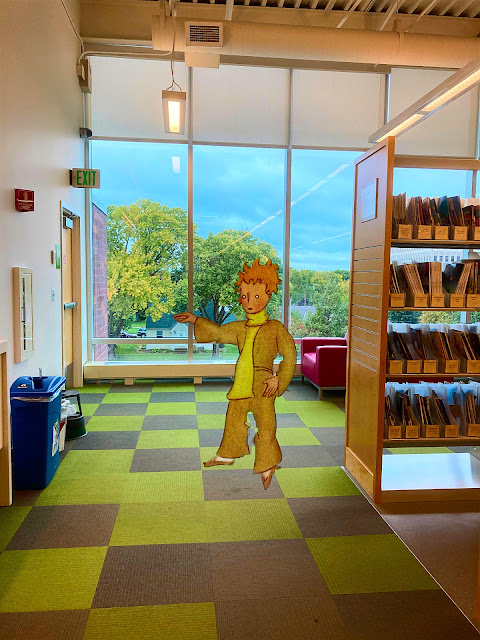 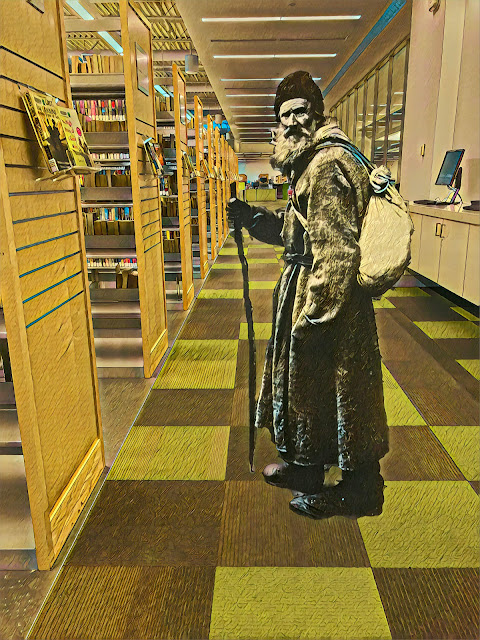 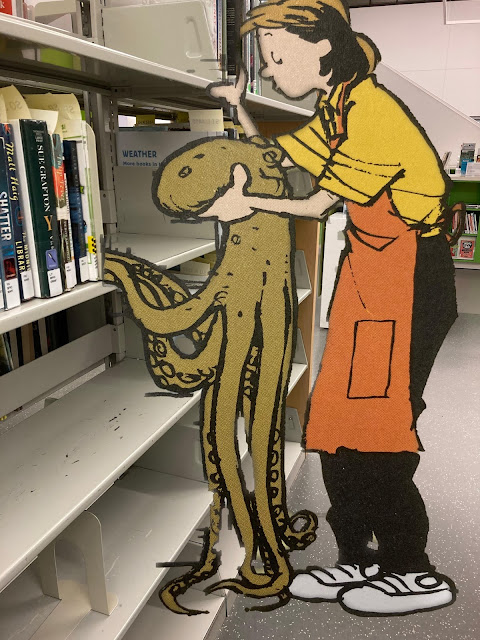