After an Autumn full of deer, I have not found my Winter to be nearly as rich in wildlife sightings. And so it was with especial joy that, in walking down a long, snowy alley in my neighborhood, I spotted two scrappy little wild creatures.

"Foxes!" I glee'd softly to myself in delight. Then I began hurriedly preparing my camera.

These small animals were still pretty far away, clearly cautious, and on the move. But I hoped to get some kind of picture if I could. I aimed the camera as fast as I was able, and I cranked the zoom... 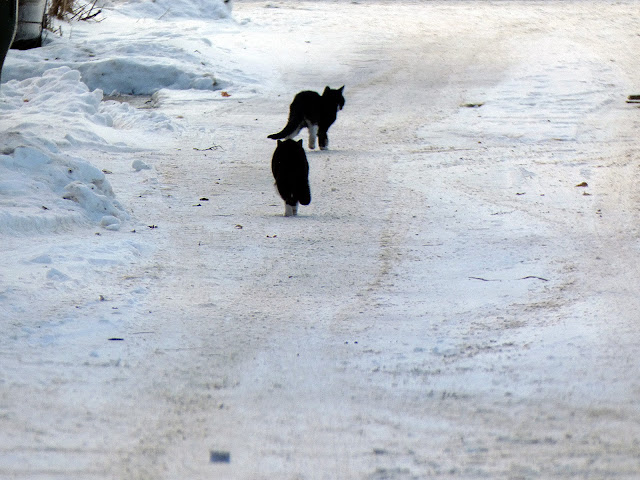 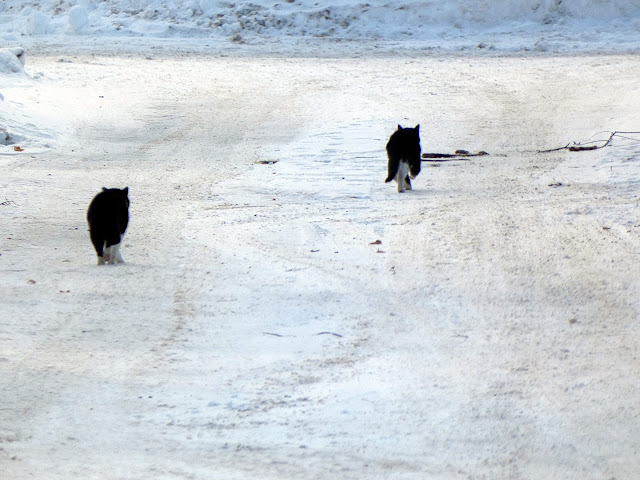 Well, I have no complaint.

The two of them dashed into the backyards before I could get anywhere near them. But I hooked around to the front of those houses and found one of the cats already settling in for a snooze on a front stoop. 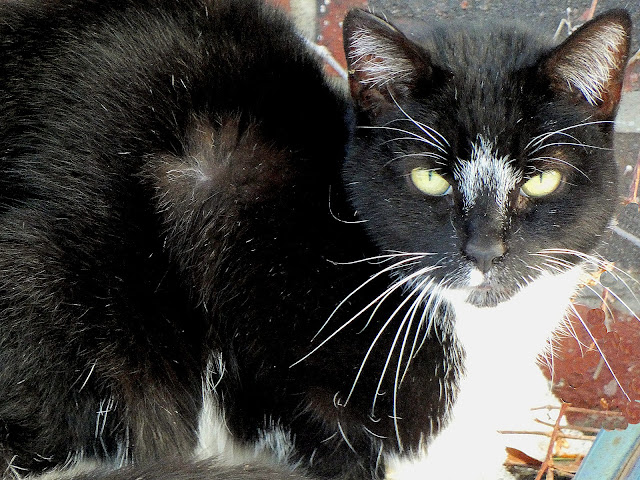