Picture of the year

I have been thinking the last few weeks of having a kind of end of year "best of", maybe featuring my best pictures winnowed from all of 2021.

And I still like the idea. But what a strange year here. I started a website no one really went to. It's still there, Life is a Fountain, frozen in amber, untouched on the shore of a mountain stream a two-day hike from here.

So I came back to clerkmanifesto, possibly having lost some people along the way, and I quickly stuffed it full again and pretended nothing ever happened. But along the bumpy way I made thousands of pictures.

And to choose my best is hopeless, because what really is the best for me of all the many lost things I made?

It's really just the last thing I made that I liked.

After all, that alone is still here. The new things are present and alive.  And that means a lot to me.

Yesterday I told you how I started working on something about how Emily in Paris demonstrated that cities are more glamorous without cars. And while this was true, the details of my thesis all came apart in my hands while I was making it. So I was left with an array cluttered screenshots of Google streetviews taken of my meticulously researched Emily in Paris locations. And when their purpose vanished, I started fiddling with them. 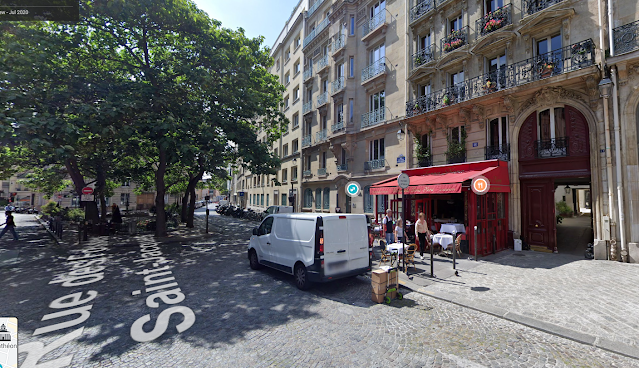 This is the immediate neighborhood where the main character lives and often hangs out in Emily in Paris. Captured in streetview it has street names emblazoned on the ground, a random van, and distracting map icons.

So I cleaned it up. 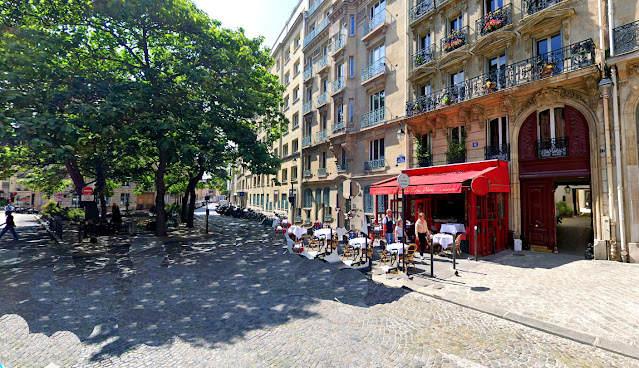 Better, brighter, but maybe lacking spirit. So I put the stars of the great French film Jules et Jim in it. 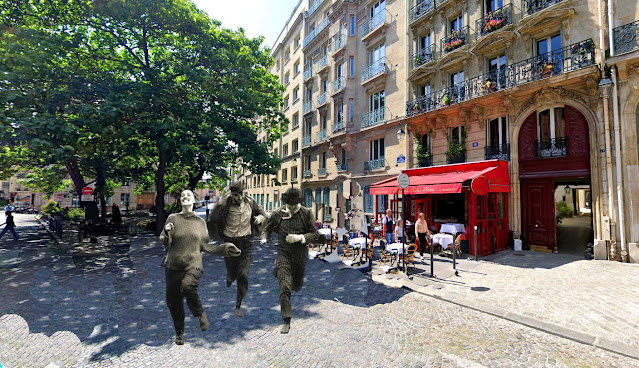 And there's my picture of the year.

For a few minutes at least.