No pain no gain

I almost walked right by the turkeys.

I was looking at a little elf someone had put on a little swing next to a creek that ran between two houses. And then I realized there were  dark shapes huddled near one of the houses. Once I saw them I saw the rest of the flock scattered up the creek. It was unusual to see them so hunkered down. Maybe it was just me, it was probably just me, but they looked cold. They looked like Winter had been going on for a long, long time.

I stepped off the sidewalk and edged closer to them. Then I crouched in the snow, taking pictures. The rare opportunity of their stillness was a gift. Their usual, constant, bobbing movement makes them hard to get a focus on.

A couple of times I inched half a dozen small, careful steps closer to them and crouched again. I took more and more pictures. I long ago learned that I am the kind of photographer who gets good pictures mainly on a percentage basis rather than on a precision basis; taking a hundred earnest pictures will get me two good ones far more quickly than trying to take a few exacting ones.

Not that I have ever really taken an exacting picture.

But you know what I mean.

The snow started to melt into my pant's knee, and my exposed fingertips started to hurt.

A nosey person came out their front door to see who was crouching at the edge of their front yard. I toughed their scrutiny out, pretending they weren't there, and they vanished back inside. It was cold out. I stuck my fingers in my mouth to ease their pain.

I took more pictures. Surely one or two of these would turn out. But just because two out of a hundred normally turn out doesn't mean those won't come from the four pictures I will take of birch trees in half an hour.

Finally the turkeys moved on.

I turned off the camera.

My knee was frozen and wet.

My fingers stung with the cold, so sharply they felt cut.

But I held my head high. I knew that I would be able to return to my photo editing program with the gifts of my hunt.

And clerkmanifesto would live another day. 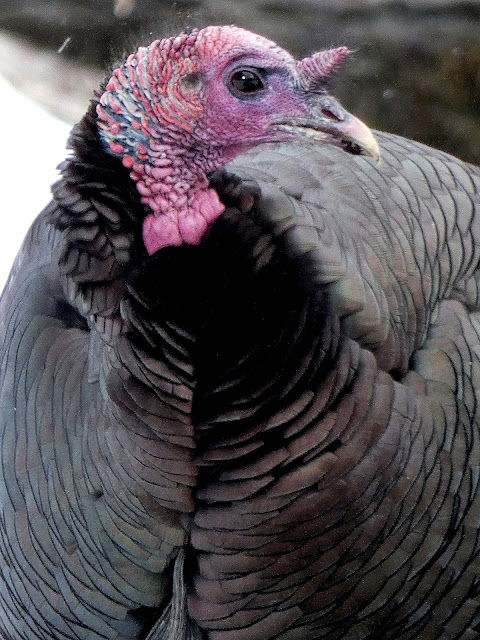 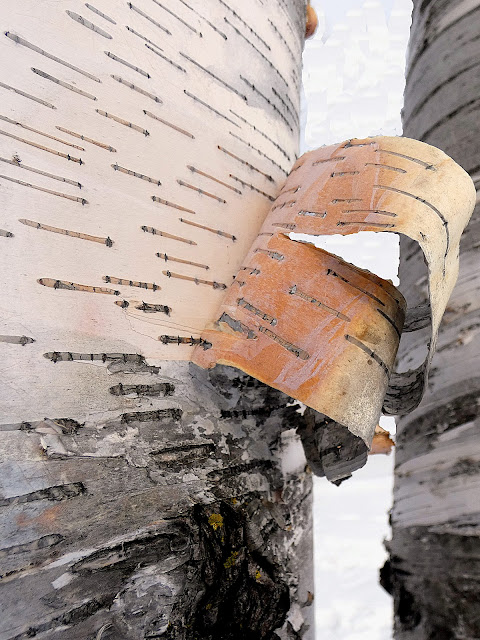