Once my wife and I went to the local museum library to look at some original drawings. It's still amazing to me that one can do such a thing. We sat at a large, wooden table, and the nice museum librarian brought out some original drawings, some framed, some not, for us to look at. One of these was a drawing by Van Gogh, who, like many painters, was equally good at drawing as he was at painting, which is saying a lot because there has never been a better painter than him.

With such enormous regard for Van Gogh's drawing one may wonder why I would desecrate one of his drawings as I have below.

I could say that I am not desecrating it. I am merely bringing it to a wider audience.

But that wider audience is three people (hi everybody!), so that might not be it. Also you all are, I'm pretty sure, clear on the work of Van Gogh.

I could say it's because I'm jealous.

Jealous of Van Gogh! One might as well be jealous of the stars in the sky!

I am a little jealous of the stars in the sky.

But I don't think that's it either.

The real reason is:

Van Gogh would want me to do it!

Just kidding. I'm sure Van Gogh has bigger potatoes on his plate that this kind of thing. 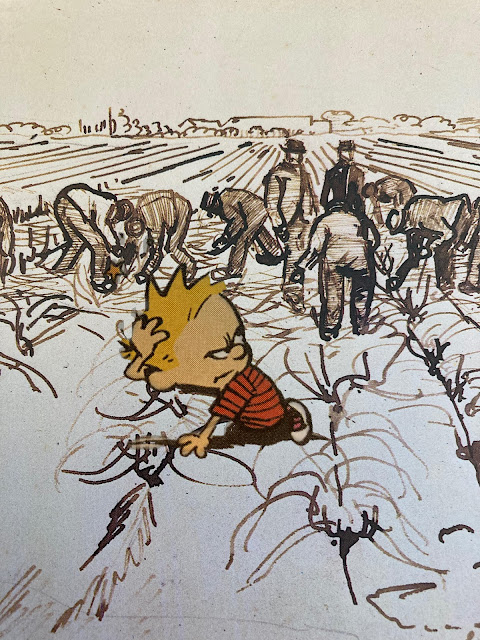