All that moaning about being wet because of having to dip across sylvan ponds marooned in wild cathedrals of stone, gleaming in the afternoon sunlight, looked a bit silly now. We were on the third day of rain among the dark trees. The woods were soaked. We were soaked. Even the flowers were so soaked they decided to close up shop in protest. As if we would have seen them. Our ill-fitting ponchos and the miserable dripping rain gave us but tiny circle views of the ground before us. We marched on, or the woods marched on and we marched in place.

Then we gave up and just decided to be wet.

Then we decided to have a huge fire under heavy trees to try and blast some dryness into us.

And that didn't work because we could not get any fire going.

Then we decided to get drunk.

But we only had this little tiny thing of whiskey Oliver brought, and it barely affected either of us. Well, maybe a little more than we thought.

And then we really gave up.

We climbed into my roomy tent with whatever semi-dry things we had, and we waited it out. We spent one and a half days in there, eating gorp, reading, endlessly fussing to maintain our last, slowly disappearing vestiges of dryness, and talking.

Early on, at something of a low point, I reasonably ventured:

“This is fine. I mean it kind of sucks right now, cold and wet in the woods, and I haven't forgotten that there are great parts to this trip so far. It's just,” I lowered my voice. It had been much on my mind but this was the first time I'd say it out loud for me to hear. “I don't see doing this for 2,500 more miles. It's way too much. I don't see the point to that anymore. I don't really think I can do it.”

“Yes.” Oliver said with a touch of uncharacteristic gentleness. “I can see that. That would have been a very worthwhile consideration before you began.” He paused, then gravely added “But it's too late now.”

The change in his tone made it possible for me to take it seriously for once. “Why?” I asked, irritated.

“You caught a star from heaven.” He raised his eyebrows. “The gods are throwing bloody shite at you.”

After a moment, I caught on. “What, the meteorite? I didn't catch it. It fell dozens of feet away from me. I went and picked it...” I waved my hand wildly apart. “What does this have to do with anything, Oliver? Could you be serious for just a minute for once?”

“You caught a star from heaven.” He repeated without any of the mugging. “Let's see it. Take it out.”

I rolled my eyes. But I took it out.

“Throw it in the hottest part of the fire.” Oliver said.

“We don't have a fire.” I was more exasperated than amused.

I handed it over. Oliver examined it minutely. “I can just make out the lines of its text.” He muttered. “Ash nazg durbatuluk, ash nazg gimbatul...”

“One ring to bring them all and in the darkness bind them.”

“Not far off, actually.” Oliver said with all the serious gravity he was capable of mustering, which was about 30%.

“It wouldn't have been far off Guv'nor.” He said, turning his English accent back up from a “two” to a “12”. “He was the real hero of Lord of the Rings. But Gandalf would work better probably, eh?, as a name for me, or maybe it should have been Dodger?, or Dubya R, hmm, or maybe Sancho, or, um, actually, you know what?”

“Oliver is fine. It doesn't matter.”

Then he dropped his voice way down to where I could barely hear it. “Listen carefully cause I'll say it once. It wasn't supposed to fall from heaven. Someone got mad at you. It's worth the world in value. But you have to put it back.”

“What?” I asked, both from barely hearing and from having no idea what the hell he was talking about.

“Oh my God!” Oliver cried out in a normal-loud because of him- voice. “I just realized!”

He dug them out and we played gin for the next seven hours.

I had questions, but I can assure you they were not answered. 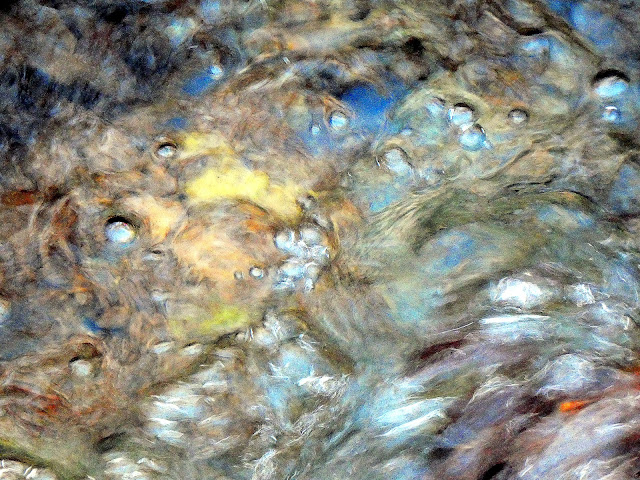