I broke camp early, while the canyon was still deep in shadow. It was miserable climbing into damp... everything- shoes, shorts, shirt, pack- but the sooner I got into it the sooner it would all assimilate to my body temperature, or they could maybe meet in the middle. Also, keeping an eye on my long-term progress I knew I needed to push forward a little harder. Things like my food supply and the seasonal trail conditions months down the line were all on a clock running steadily down. So I hoisted my pack, grabbed my inflatable doughnut, and plunged into the calf-deep creek. It was very cold in the morning.

I made some good progress and took my late morning break in the first spot of sun to find its winding way to the canyon bottom, on a little flat shelf of stone a short climb up above the creek. It would have made an intriguing camping spot if it were six or seven hours later. As I sat there drinking water and eating gorp I saw a red-headed kid come sloshing up the stream. The going looked difficult. Without apparently spying me he turned from the creek and climbed up to where I was as if it was all prearranged.

When he got to me he threw down his pack.

"How did you know my name?" He asked in bewildered surprise.

"Really, your name is Nigel?"

"No." He said, grinning widely. "It's Reginald Longbottom."

"Oooooh! Got me there Guv'nor. It's Franklin Oliver."

"What if you tried flipping them?" I suggested. "Oliver Franklin?"

"Done then." He said brightly. "So where're you headed, mate?"

"I'm hiking the whole Agua Fria Trail." I said proudly. "I'm going to walk clear to the shores of the Great Opal Lake."

"I have never heard tell of this "Agua Fria Trail." Oliver said. "But isn't that a lake in the Arctic somewhere?"

"You are actually on The Agua Fria Trail right now." I said, surprised he hadn't heard of it. "And yes, I have way over 2,000 miles still to go."

"Cor." He said, which seemed to be an expression of being impressed, or taken aback, you know, kind of like “blimey”. "I can't go that far Guv'nor. But I can go the next five or six weeks with you, however far that takes us."

"You'll hardly notice I'm here." He said with a reassuring air, and then he started rummaging through my pack.

"Why, what are you eating?"

"I cook a proper meal every night. Loads of hearty root veggies."

"Oh let's not talk about all that. Everything will get all mixed up. So what do you say, team up for a while? I'll cook." He put an appealing look on his face. He seemed almost too young to be alone on a trail. He looked puppyish. I sighed. It was a long time ago. I probably looked puppyish too.

"Great! So I can share your life preserver thingy then?"

I raised my eyebrows at him. I shrugged. "We'll toss it back and forth. How's that?"

He grinned and handed me some watercress.

"I picked it not half an hour ago on the creek. Eat it."

"Not bad." It tasted peppery. "Gorp?" I offered, holding out my bag. 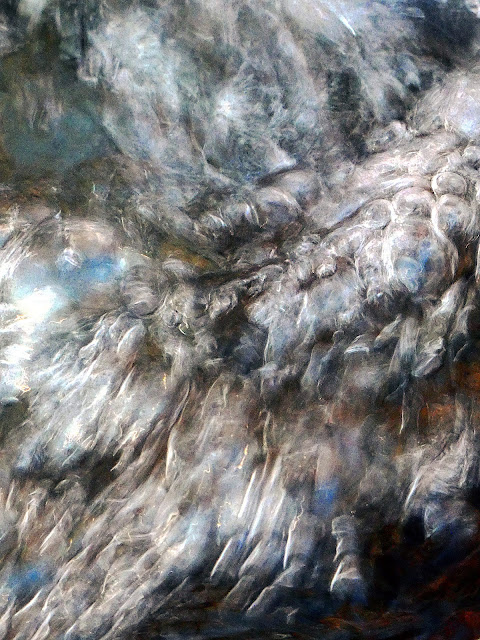