All the sides of the river

I am conducting a long term, highly informal circumnavigation of the wildlands of the Saint Minneapolis rivers. The Mississippi River is joined by the Minnesota River at Fort Snelling, in the curiously wild center of the city, and a sometimes complicated network of trails and half wilderness lines almost all sides of these waterways, sometimes in surprising ways. On a multitude of walks over the past couple of years I have been piecing my travels together to, well, see all that I can see, and maybe, if it works out, cover all these sections.

These are some truly amazing places, old woods, bits of prairie, open lakes and swamplands right in the middle of a major metropolitan area. They are even a National Park, so to speak. They are part of, or maybe even the whole of, the Mississippi National River and Recreation Area. I am unclear as to what the actual boundaries are of this National River and Recreation Area, as it is strung out in such a wide variety of ways, across such a swath of sometimes broken up, or complicated to get to, sections.

I like every section of these river lands I've been to. I often go with my wonderful wife, and these are delightful outings. But until a trip I took this week, I had never found a place among all these feral lands that felt like true wilderness.

So let me tell you about it.

Plus, there will be a few pictures that surely can't, but nevertheless strive to do it justice.

The trailhead for this journey was a place we had been to several times before; in Mendota, in front of the oldest stone house in Minnesota, one built by the first Governor of the state in the 1830's, some time before he became Governor. In the past we had headed downriver from here, which is one of our favorite walks. This time I was alone and resolved to explore a fair way upstream instead, which, at least at first, is a less appealing and more popular walk.

It was a beautiful weekday morning and on my more than two hour walk I ended up seeing only two other people, both on mountain bikes. The trail ran wet and muddy in a narrow furrow between heavy greenery. An old railroad way, that I have never seen a train on, was elevated above me to my left. Woods and sometimes something like open, deep grass prairie separated me farther and farther from the river to my right.

Finally though, the trail departed from the bluff and train track wall, and turned in through the lovely old woods. It is late summer here, just barely before the colors will start to turn, and everything was deeply green. When I emerged back out into the light and openness at the shore of the Minnesota River it was like a whole new discovery. I looked across the water to the main part of Fort Snelling State Park. It was silent and remote here except when jets from the very nearby International airport took off close overhead. A heron flew by silently.  From here the trail walked right along a little two foot shelf at the edge of the river and at some point crossed a creek tumbling mildly into the Minnesota.

I looked up the creek.

There was no trail of any kind heading up that stream, but the carpet of greenery was manageable enough for me to safely work my way through in that direction, so I left the trail and headed into the forest gloom.  Meadows appeared, and beams of light streamed down capriciously and with a heavenly power to them. Tangles of great trees blocked the way and I travelled around them, always keeping to the stream, which, in a bed of green and fallen wood worked its way below the level of the woods and meadows. The green wild was deep and almost somber in its magic. I thought "I would not be at all surprised to see a unicorn right now."

I didn't see a unicorn.

But it was so pretty I started to cry a little.

Here is a pedestrian tunnel under the road and railroad tracks. It is an auspicious start of my trip, a way for one to cross over into another world: 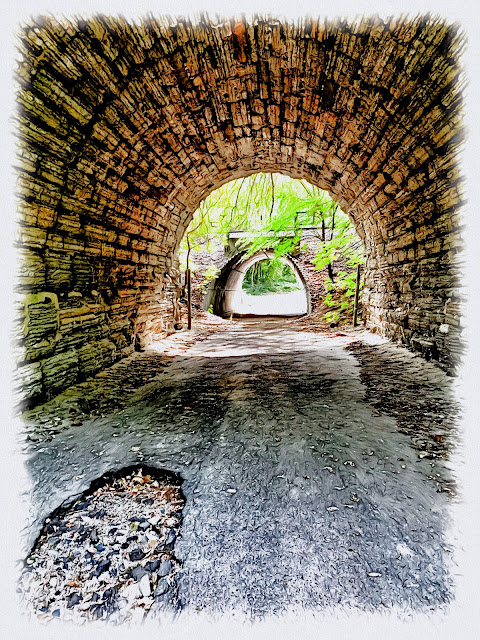 The rest of these pictures are from the deep woods and small meadows of the creek I described above. One might say they are almost obscenely edited, but my aim was only to bring the photos back up to how the world felt as I saw it.

If I missed any unicorns, let me know. 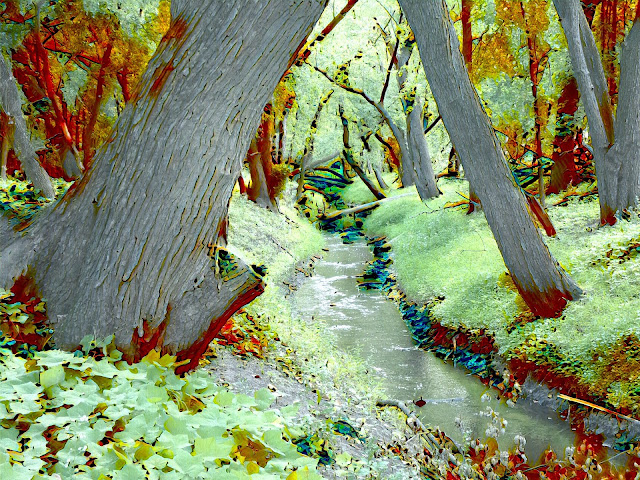 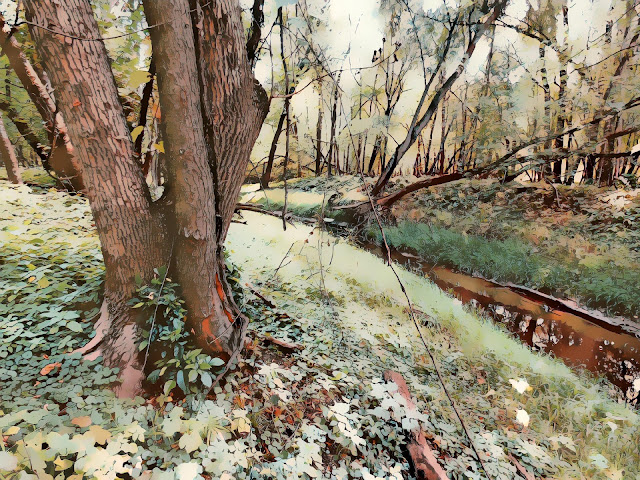 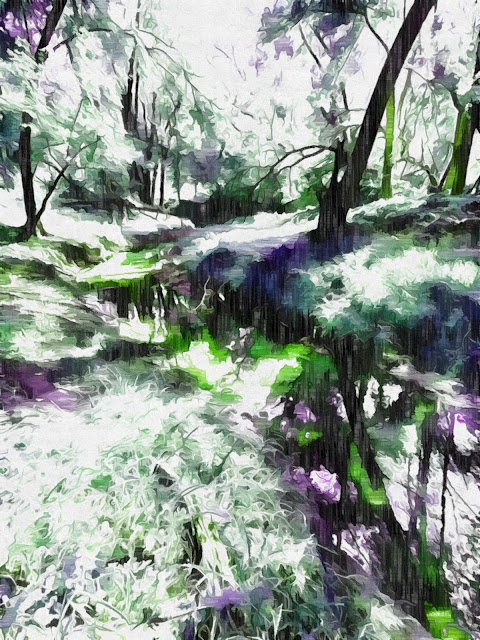 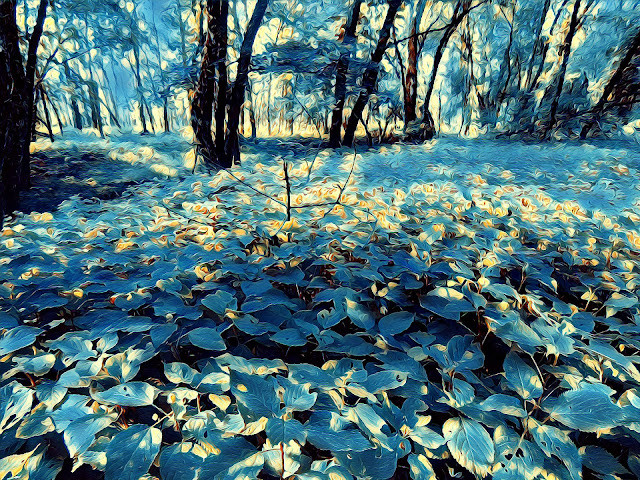 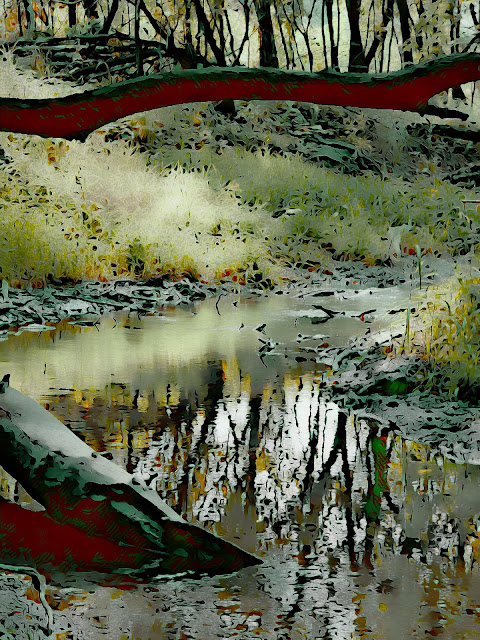 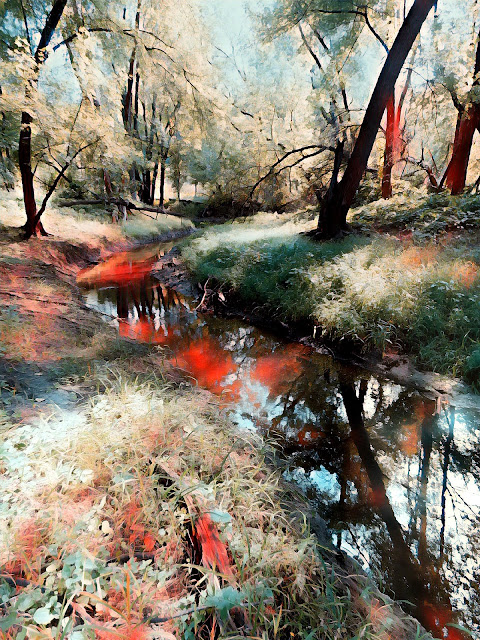 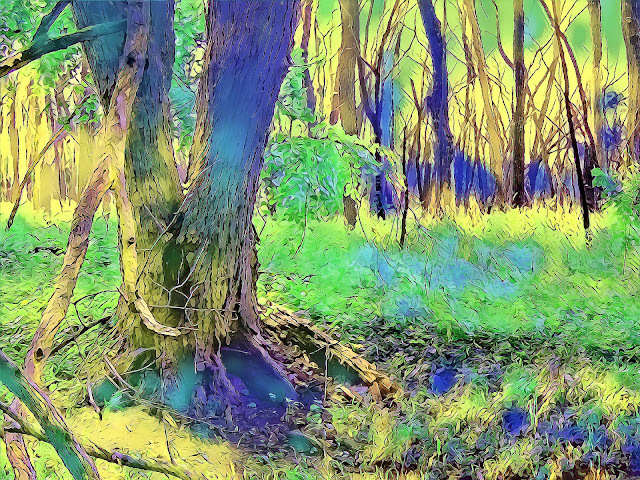 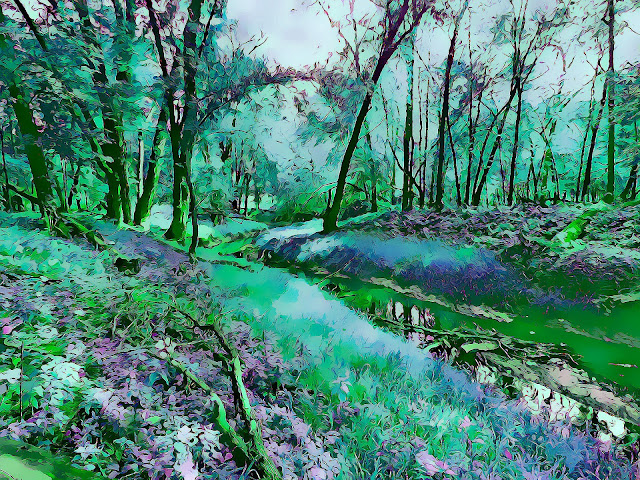 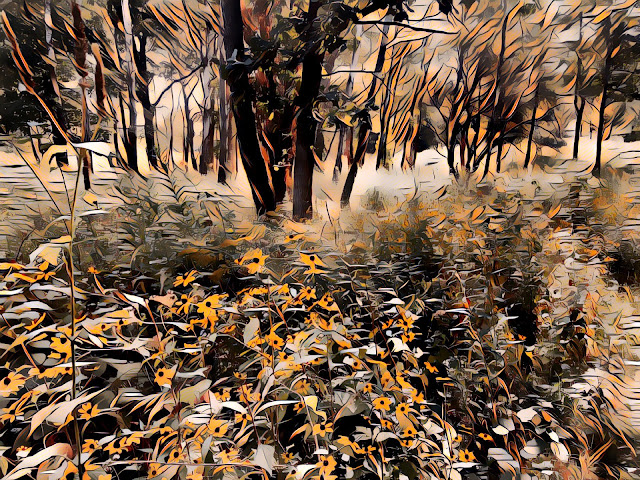 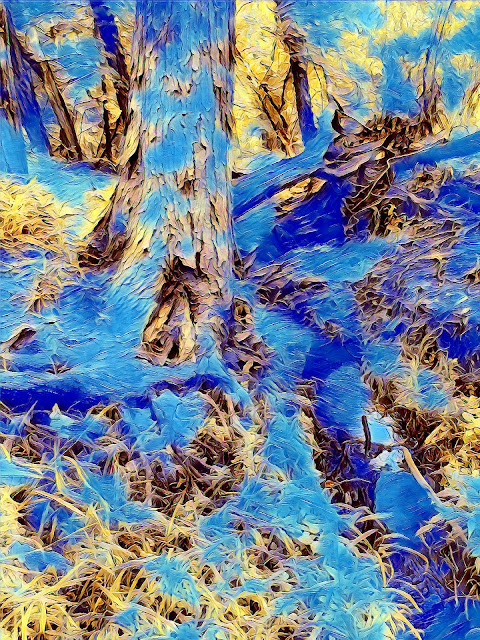 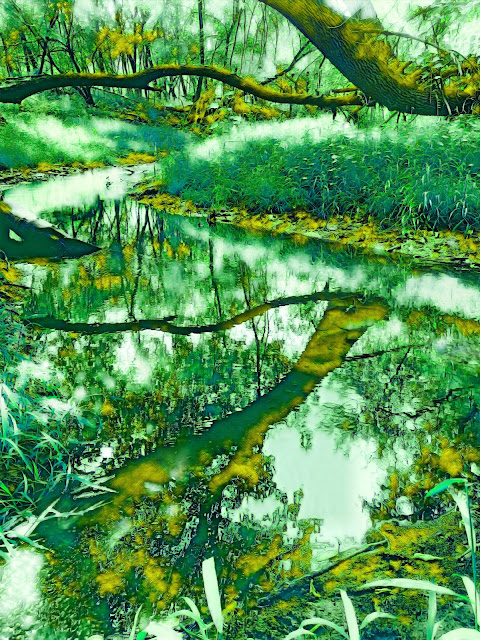 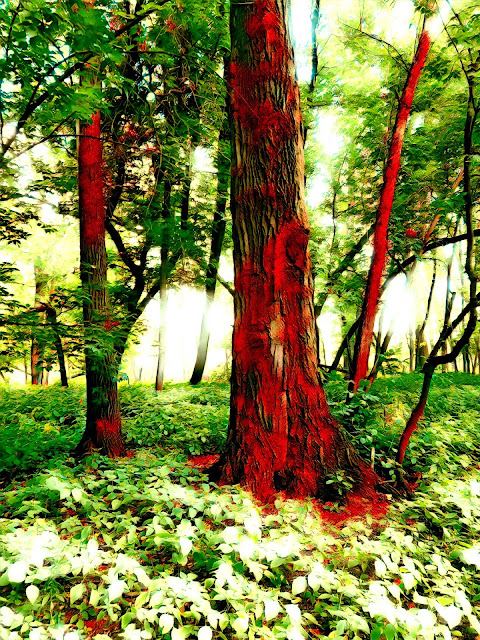 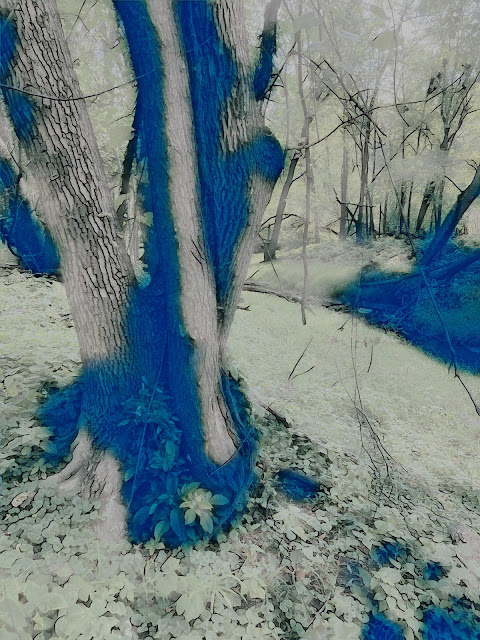 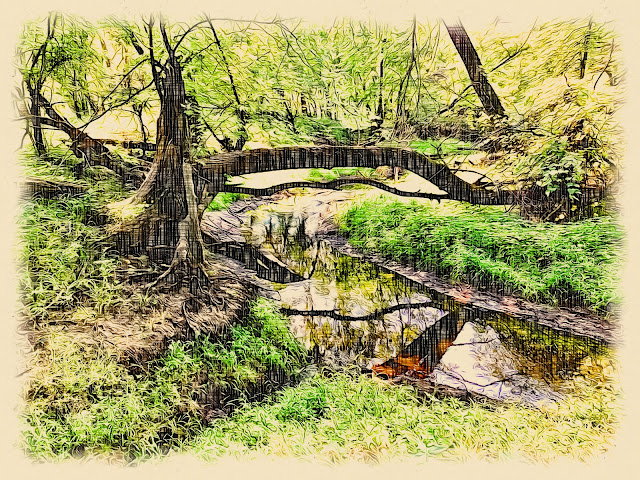