An ornamentation of hawks and the difference of expertise

I showed Dan the pictures of the hawk that visited our library. As you know, I had immaculately clear pictures of the bird and Dan submitted these to a fancy bird identifier app he has on his new iphone. To my surprise the app gave four, FOUR, options for which kind of hawk this might have been. With even less of the minimal bird identifying skills than I have, I surely could manage an identification that roughly amounts to:

Some kind of hawk.

I told one of the children's librarians, who works with wild birds, and who I viewed the hawk with for awhile.

They said flatly and with utter assurance:

"It was a juvenile red-tailed hawk".

And that was that. 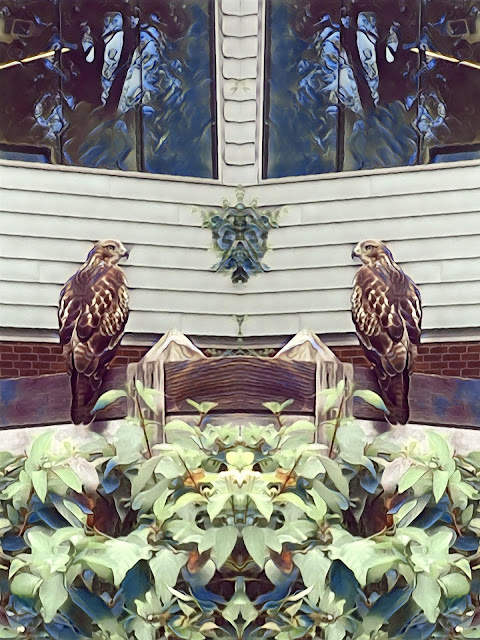 Posted by Feldenstein Calypso at 8:30 AM