Kids in the machinery

There is a popular device in our Children's Room at the library. It's a big plexiglass tube that a fan blows up and through, and kids can put scarves in it at the bottom and they float up and out the top. It doesn't sound like much, but it's mesmerizing!

Here is a picture of it in an inert state, to give you an idea of what we're talking about. 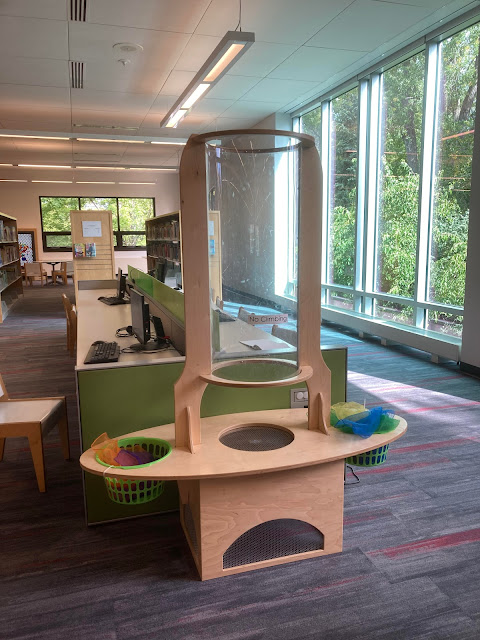 I was talking with one of the children's librarians today, and they reported that this week a five year old got up on the device (toy?) and stood up on the base, all the way into the plexiglass tube. Discussing this we decided we needed some commemorative photos of the event, and so I set to work.

Here are our four commemorative photos. It strikes me only just now that I would like to put Grandpa Joe and Charlie, from Charlie and the Chocolate Factory, in here. You know the scene where they drink the fizzy pop that makes them float? I'd like to see them floating around in here.

But these photos of our historic event will have to suffice for the time being: 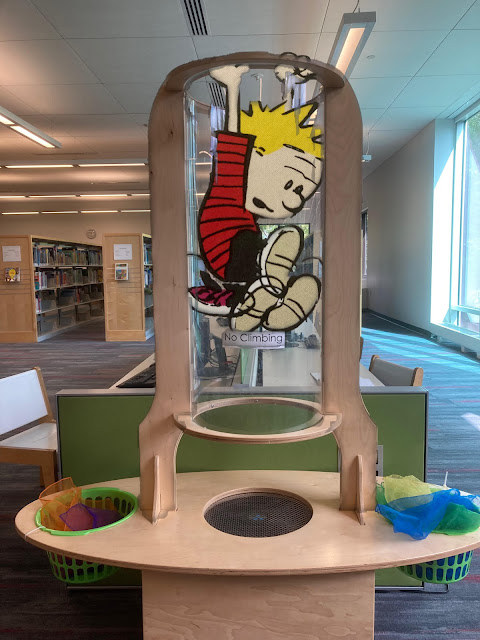 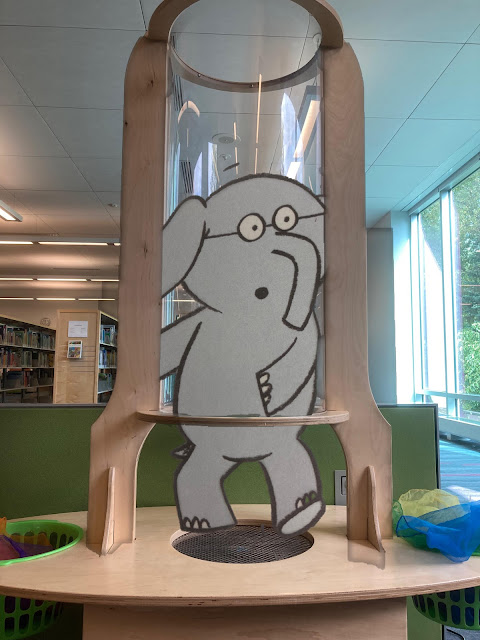 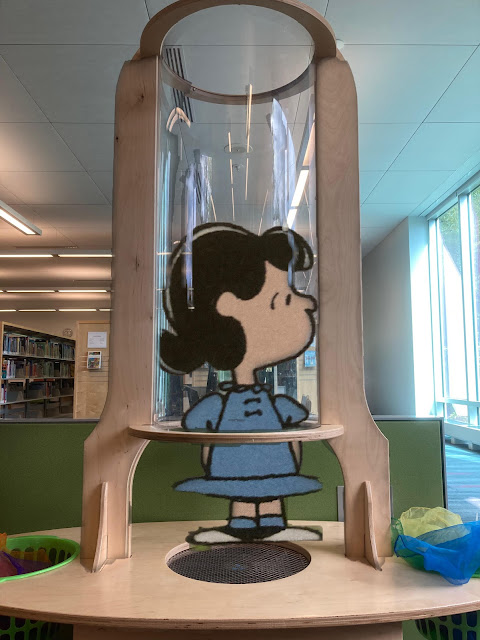 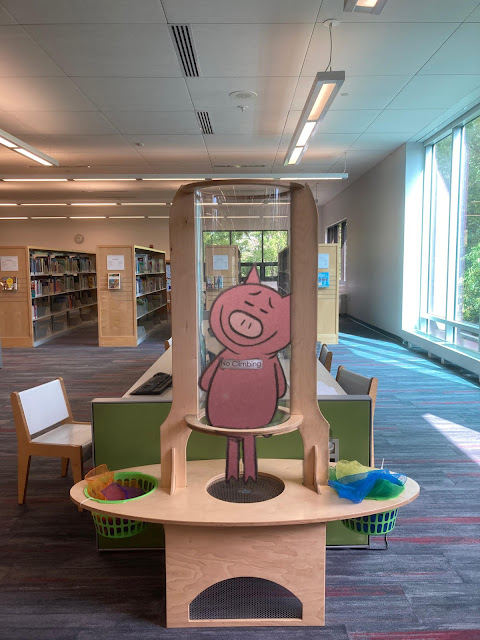