On the downside of AI

I promise you that an AI cannot write this content:

We here at clerkmanifesto are in the midst of some explorations of artificially created photos. Yesterday's pictures of cats by Matisse in Nice are examples of how well it works, but over the next couple of days we'll see some rougher and rougher examples. I think that what people regularly fail to address in discussions of emerging and bewilderingly powerful AI technologies is their narrowness. And while we create these technologies, like self driving cars as a simple example,  according to the wide open futuristic dream we had or have of them, we always, always, find that their capabilities can be astonishing to the point of magic, but that simultaneously they are conditional, particular, and that they work in some ways and don't work in others, and as their parameters form, we design what we can do around their limitations. A self driving car plopped on the streets of my city as is will probably always be garbage, and never as good or wise or beneficial as a transit system based on trains and trams and pedestrianization, but if we redesign the city for their growing capabilities, little by little and at insane cost, they may be part of a life that is nearly all we can imagine.

Or not, you never know.

This happens in something that is often a sometimes organic process, but also, as we live in a proscribed system, a capitalistic process. So even the Internet today, which we largely accept as de facto, is both a wonder, and a hideous failure of the kind of communication tool and creative dream that was once in our fevered minds for it. It is not the World Wide Internet so much as a series of highly curated, often for pay, Corporate spaces. And we form ourselves to what these spaces can do increasingly more than they form themselves to us using them.

But this is the kind of thoughtful, nuanced analysis that I don't have time for.

I have 20 blogposts to write in the next few days so that I am free of the Internet (mostly) while I am on vacation.

If only there were some kind of auto text generator I could use.

There is! But, see my notes above.

Here are some pictures of my latest experiments. I have taken an AI that generates pictures from one's description, but allows one to use one's own photograph as an influence on the final product. So here I have a picture of Shadow Creek, and then fed the computer a description of the picture for a final product, as you'll see: 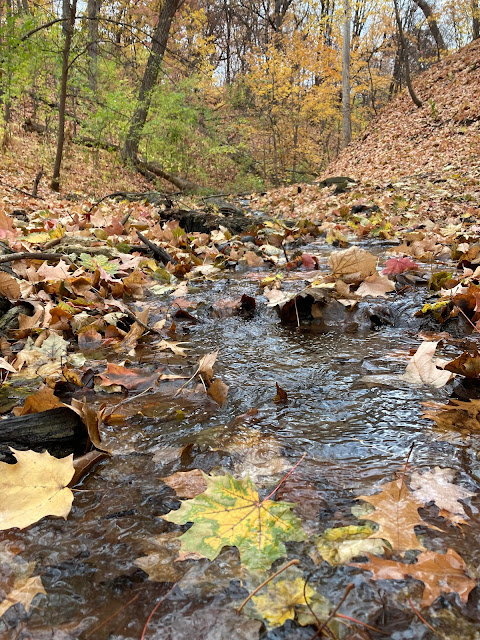 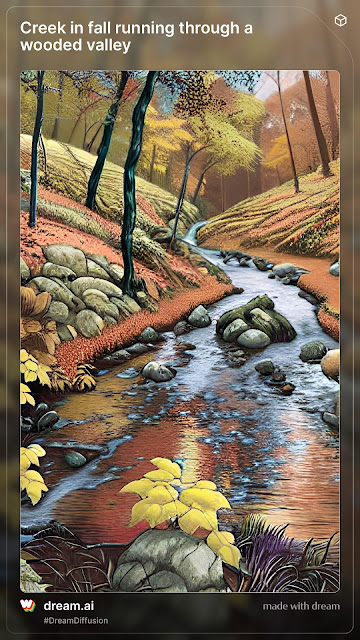 Here is one more, self explanatory, as I left the framing device from the ai on. I'm not really thinking these are making my argument above. Let's just say those are comments that these processes have caused me to start thinking: 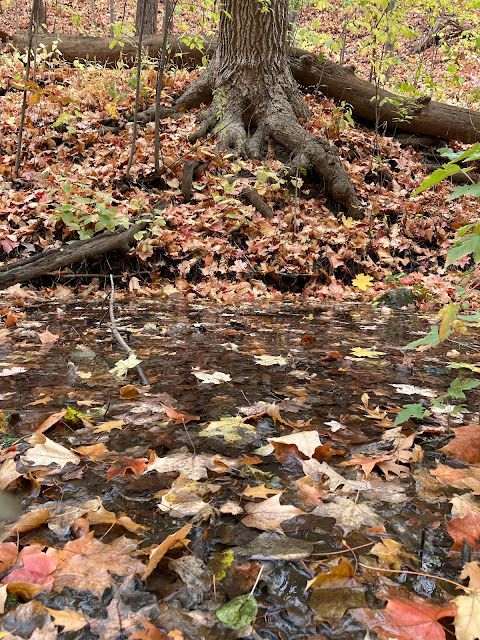 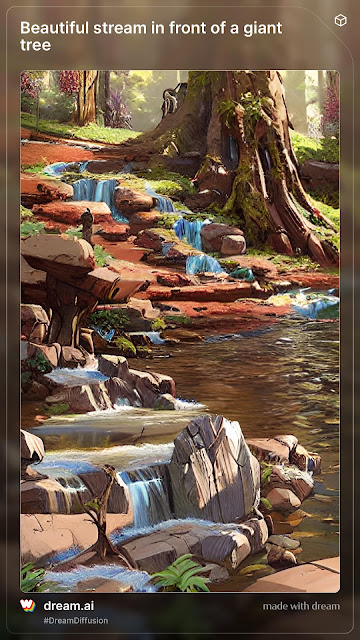 And finally, a last pairing, though I am only 90 percent sure I got the source picture I used correct for this. It should be noted that I did not use my best pictures as source materials, rather my more mundane ones, unworked and unaltered: 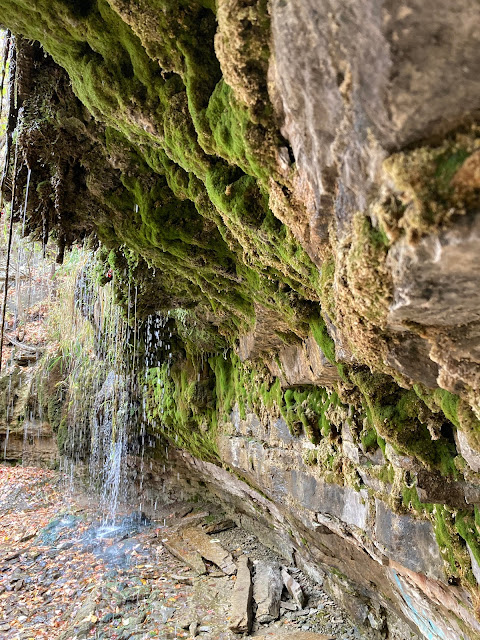 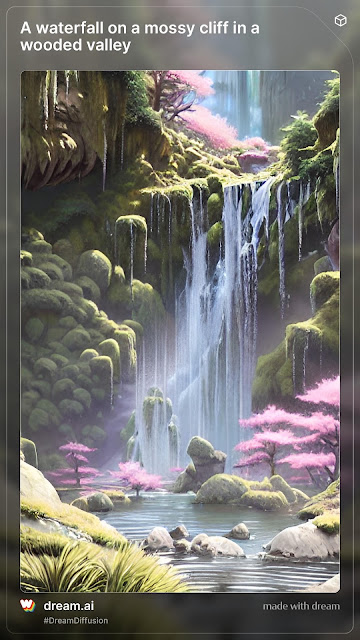