I think I was drifting towards making some Mad Scientist Animal pictures, but I became distracted. Then, looking at the remnants of a developing idea I felt...

So while my collection started at an ornamental level, my work progressed. And while I never entirely understood that kind of mad scientist trope of the mad genius sewing kitten heads onto the bodies of chickens or something, well, surely it couldn't hurt in a few photos? You know, just to see...

First are merely a couple of mirrored geese, than a reasonably innocent two-headed bird tableau: 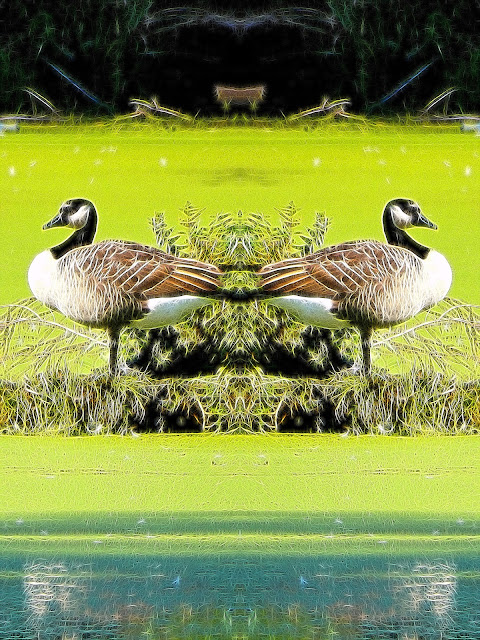 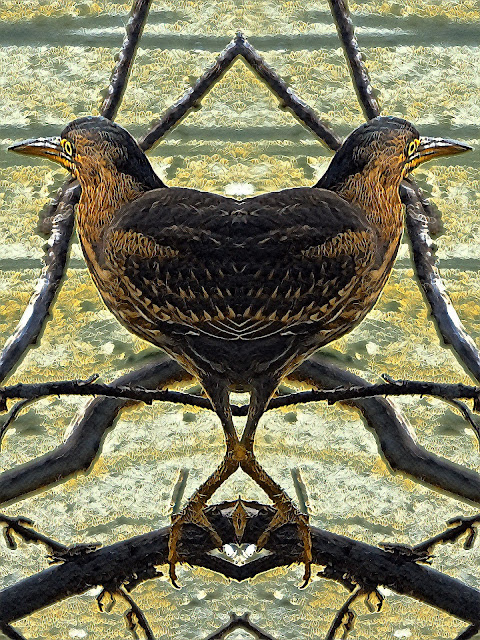 But then I got started on some deer.  They were coming out really nice, but very... normal. 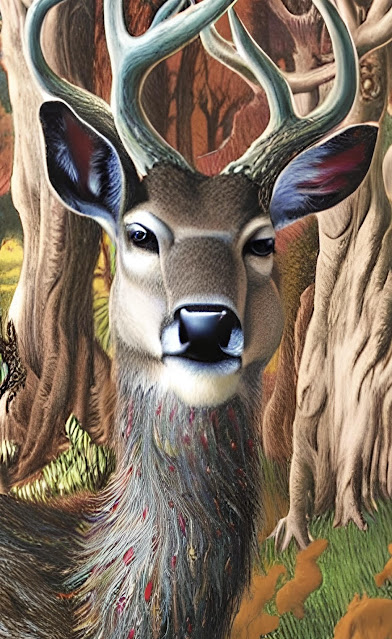 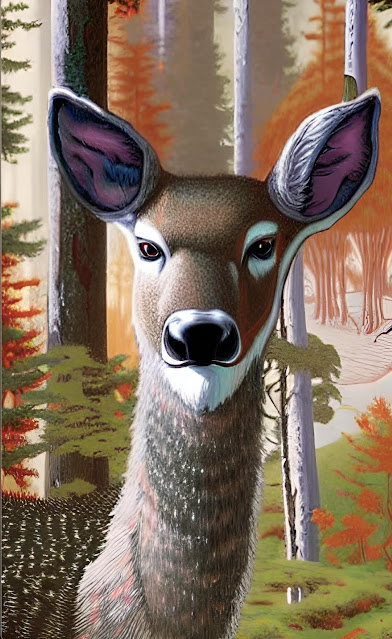 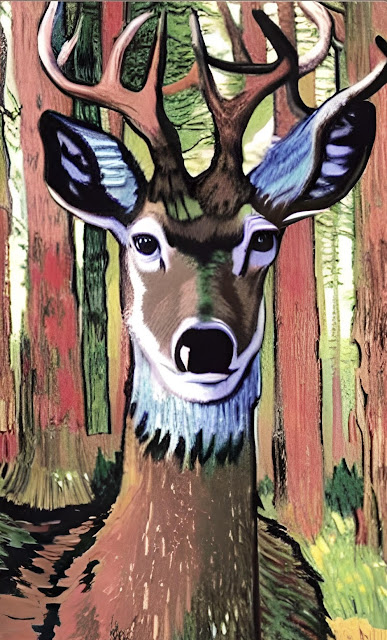 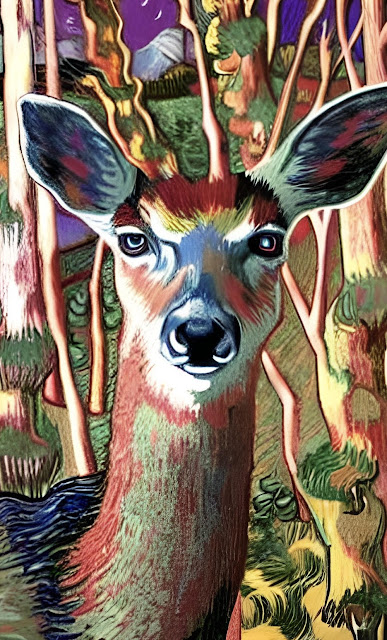 And then (Francis Bacon type warning), they, all at once, went completely off the rails. The stuff of nightmares!
Which, for some reason, is what I was looking for.
Though looking them over now, I can't quite remember why. 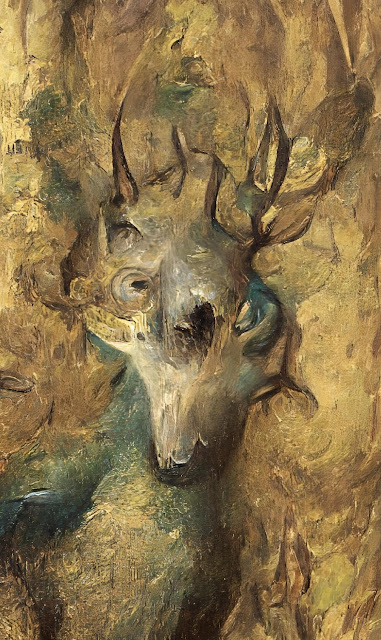 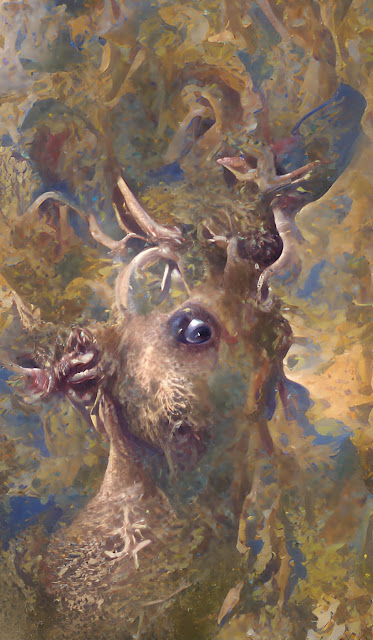 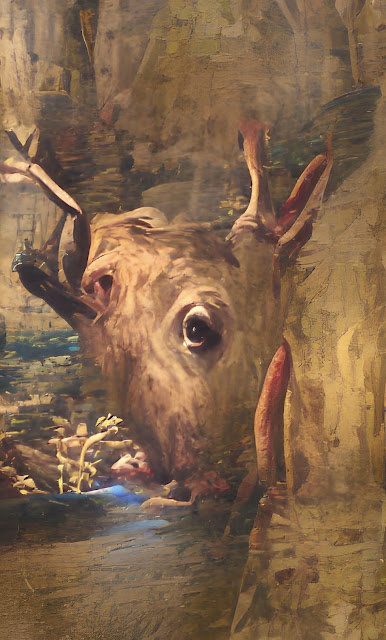