My teeth, Neymar, and the World Cup

I don't know how good any of my thoughts or predictions have been about the World Cup. Maybe that remains to be seen. Except for the part where I complain about fouls. I'll stand by that one forever, long after I refuse to ever watch another soccer game again. Neymar, the great Brazilian player is injured again. He'll miss two games and hopefully not more. And how did he get injured?

Apparently this is bad for one's ankles.

I may have exaggerated. But the truth is that one of Serbia's main strategies in their losing battle against Brazil was simply "Foul Neymar", and the vast preponderance of all fouls in the game were on Neymar alone.

This, as I said, messed up his ankle.

And I relate to this because chunks keep coming out of my teeth. A chunk came out of a wisdom tooth in France. So I came home and got it ripped out. Then a chunk came out of the next tooth over. It's like a little hole in there. It's quite disturbing really.

Are the Serbians responsible?

No, I don't blame the Serbians.

And come to think of it this may not much analogize to Neymar's ankle at all.

But if it had, wow! This would have been some sort of blog post! 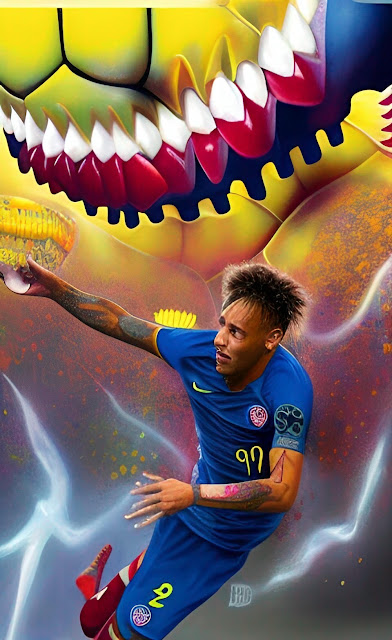