Out among the snowy wastes of Winter

Today I went out among the snowy wastes of Winter. The wind blew fiercely and 18 degrees of Fahrenheit felt colder than it was. I took pictures of the stark sun, bare copses, hard light, and freezing streams. Sometimes they looked like the desolation at the Earth's poles, but mostly they looked like a bunch of snow had fallen on a golf course.

There was truth in both these visions, but I was thinking one vision would be more picturesque than another. So I came home with my frozen trigger finger and at least one camera out of battery power, and lo I consulted with my artificial intelligence friends. Using all the history of imagery ever produced by human beings in all their profligacy, we tried to nudge my pictures in the direction I had been thinking of as I roamed the bitter tundra.

We had mixed, but mostly positive results, which, in the interest of science, art, better relations between robots and people, and your edification, I present here: 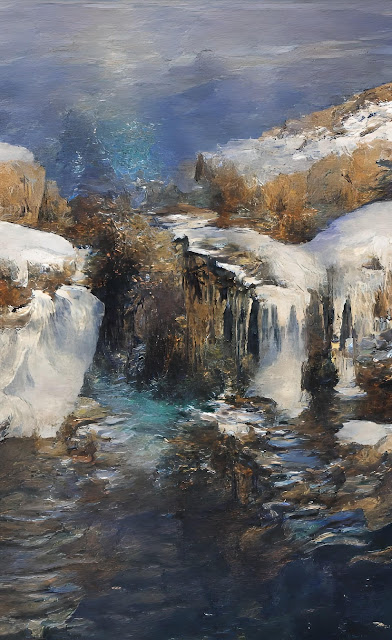 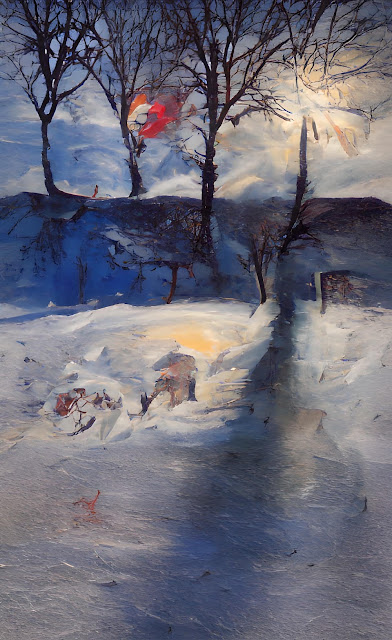 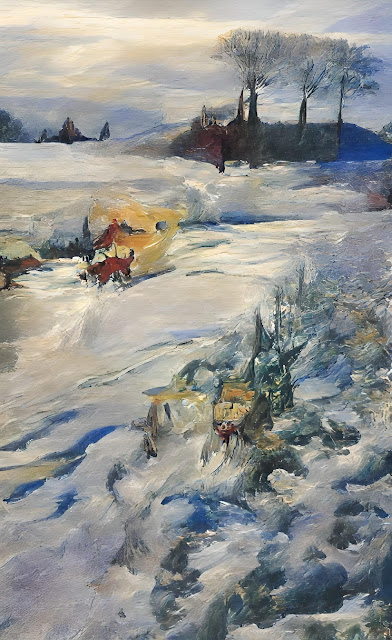 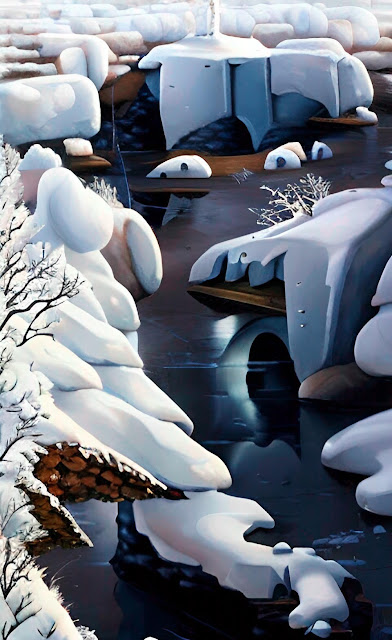 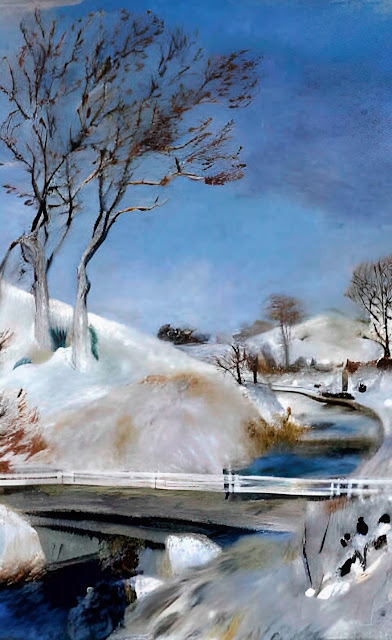 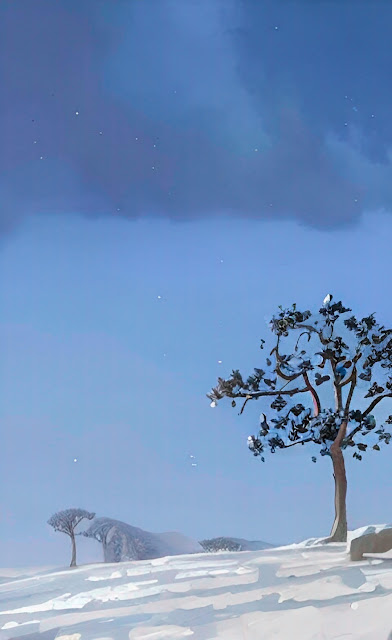 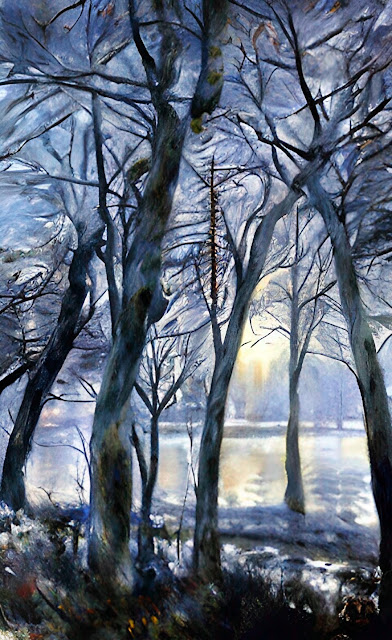 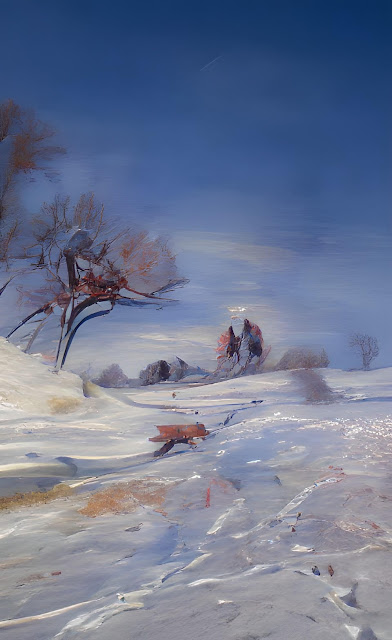 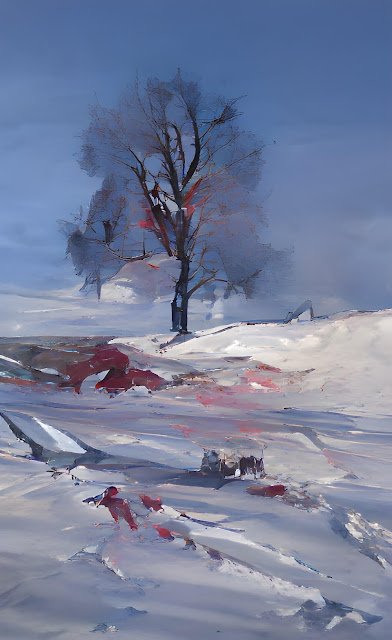 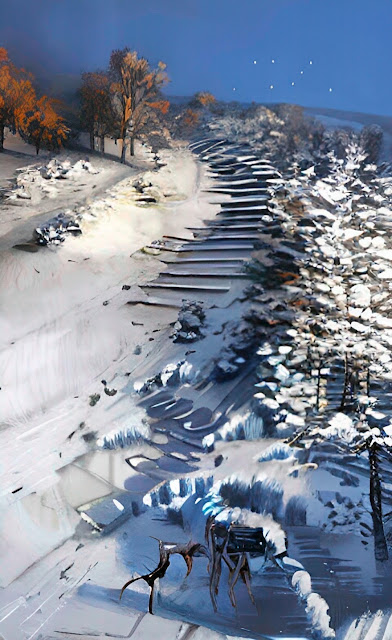 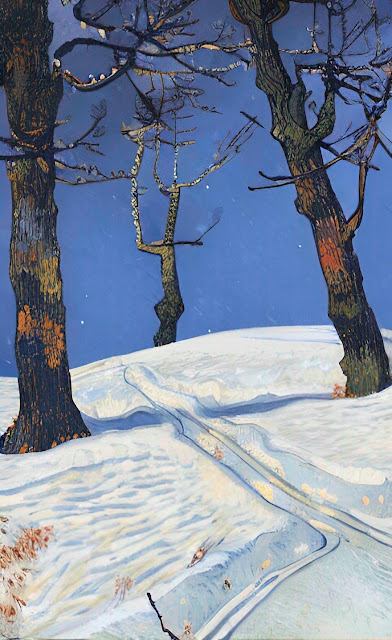 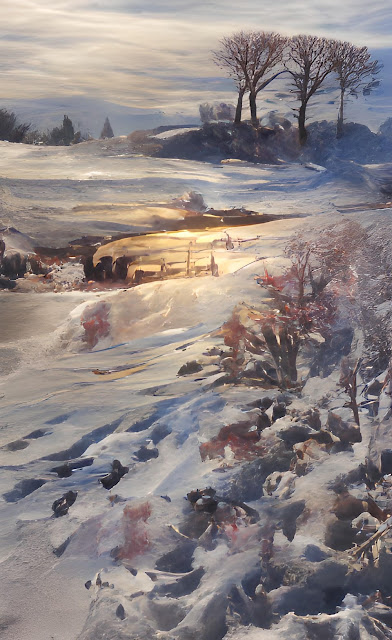 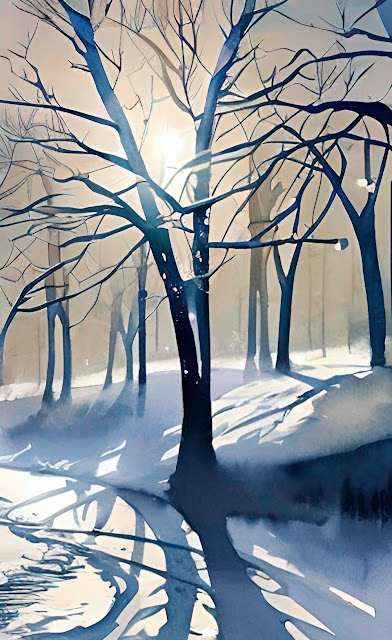 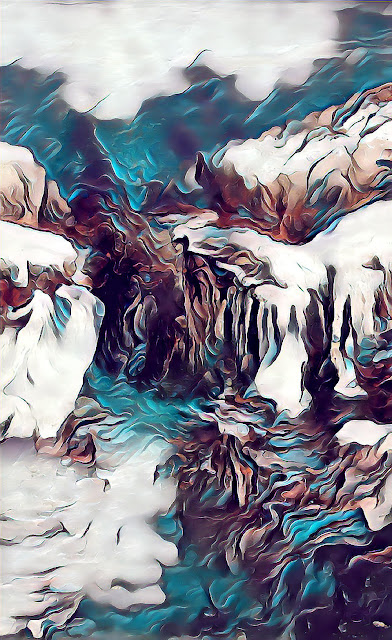 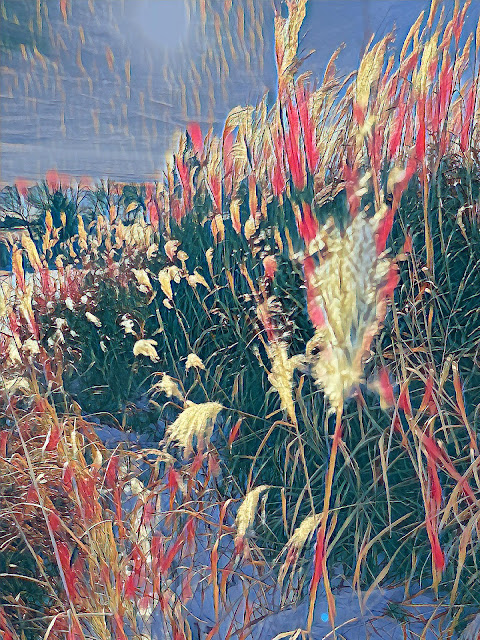 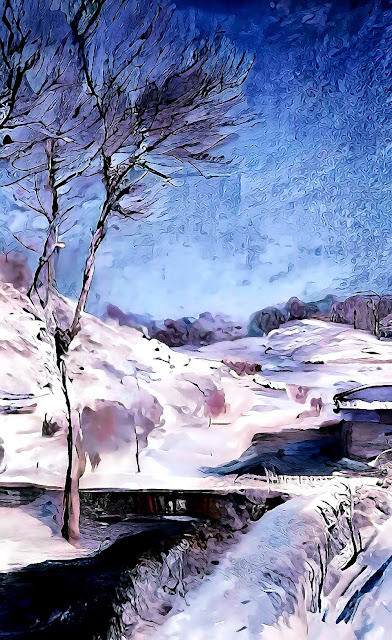