Prince at the Library 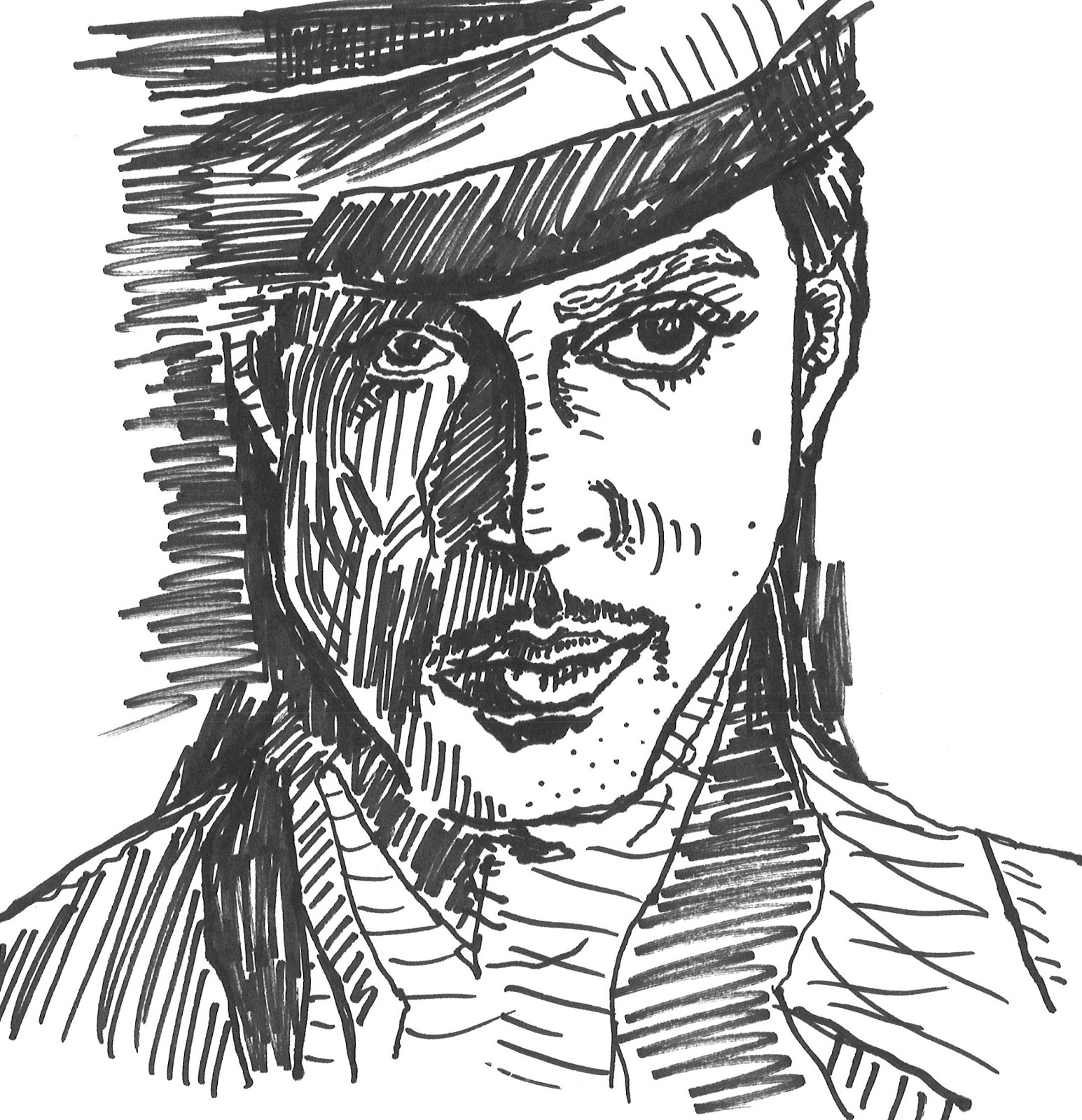 Sure, this is titled Prince at the Library. It's for the sake of consistency. I'd like Famous People at the Library Week to have a kind of matching look. All the portraits, for instance, are done with clickable black sharpies on copy paper. And all the titles are "So and so at the Library" But the real title for this one should be:

How I Gave Prince His Secret Name at the Library

Our story begins quite a few years ago. Back then, instead of a front desk, we had a big Circulation Desk; check ins, check outs, registration, non reference help, fines, all in one, sort of an overcrowded, desperately behind, open kitchen. I was there. Typically doing seven things at once, some of them directly job related, when a small man walks in.

Now, a real advantage to famous people stories, especially ones with pictures at the top, is that one need not waste much time describing the person. Nevertheless it is traditional to include a descriptive observation or two represented in contrast to expectation. "His mustache was darker than I expected." or "She had really long fingers. I wonder if that's why she likes to wear gloves so much." These are nice. They add texture and authenticity. Unfortunately, with Prince, he looked pretty much like I would've thought. Here. Picture Prince. Okay. Then there you are. But I can at least say this: I made him as Prince very quickly, but partly this was because he was the sort of person you look at, famous or not. He drew your eye.

He needed to register his Minneapolis Library Card into our system. He had the card, picture ID with his current address, no problem. No problem at all. Well, one problem. This all was during the time when Prince had just changed his name to that symbol. Just as I have no good way to put the symbol in here, I had no good way to enter the symbol into our patron registration program.

"What do people call you?" I asked.

"Prince." he said "And when they do I refuse to answer. So mostly they just say 'hey' to me, or tap me on the shoulder."

Several clerks gathered, a supervisor, but as a solution eluded us they all sort of drifted away.

"I have to get going." Prince said "Can you register my card or not?" He wasn't being petulant. It was just straight up and reasonable.

"How about if" I answered with dawning inspiration "I just put in 'The Artist Formerly Known as Prince'?"

Prince tilted his head a bit and looked earnestly at me for a bit. "That could be useful." He said "That could be very useful." And I suppose it was, just about everyone started using it for awhile. I should check our database sometime, and see if it's still in there.