I hope that I am not writing you too soon, but it is September, and the leaves have started to turn, and it has been unusually chilly and Fall-like lately. See below: 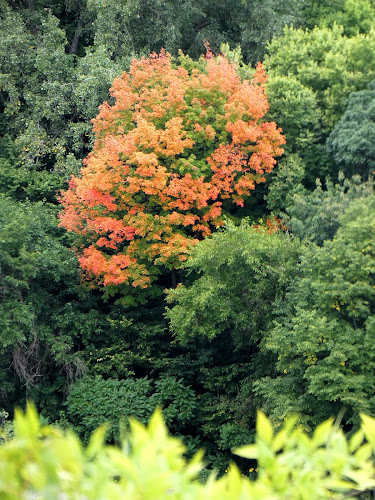 You're probably thinking: "Oh crap. I'd better start gathering toys. And I have to hurry and pick this year's pumpkin patch!"
But don't worry. It's mostly just the earliest bits of Fall. There's plenty of time left. Mostly I was just hoping to reach you before you settled upon the most sincere Pumpkin Patch to visit for Halloween this year.

Because I have found a uniquely sincere Pumpkin Patch.

I don't mean to suggest that you in your wisdom would not know the most sincere Pumpkin Patch. But this one is very little.

Here is a picture: 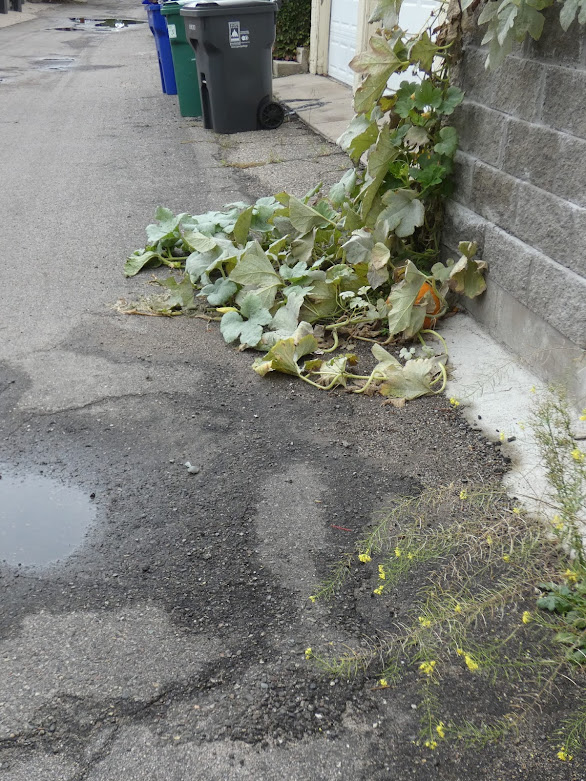 See how easy it is to miss? Here are some closer pictures: 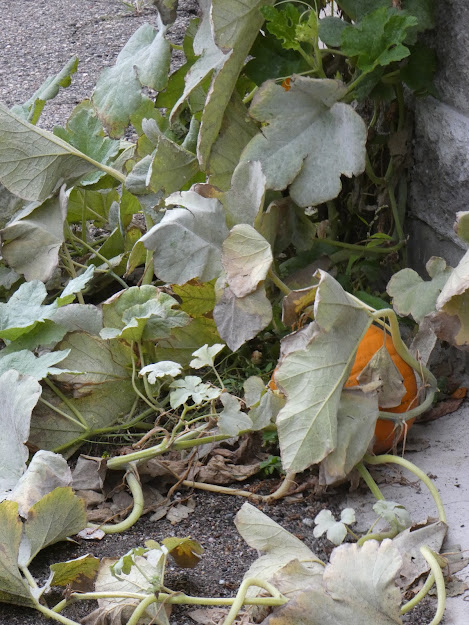 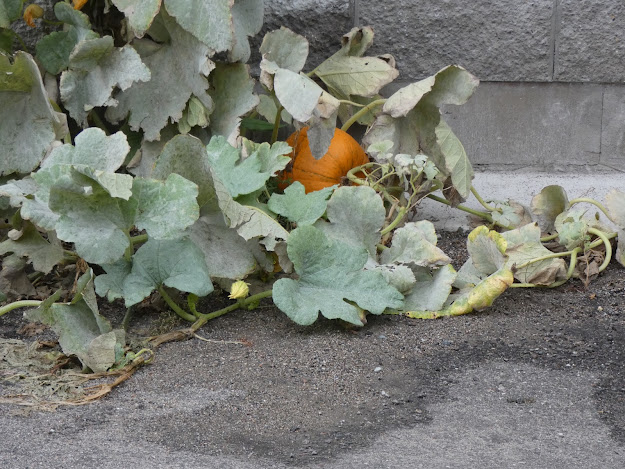 See the pumpkin? It's genuine! It's a real pumpkin patch! No airs, nothing fancy. It's in an alley!

It's a sincere pumpkin patch.
It has a little bit of an upper portion too, which I think makes it a full pumpkin patch rather than just a pumpkin plant. 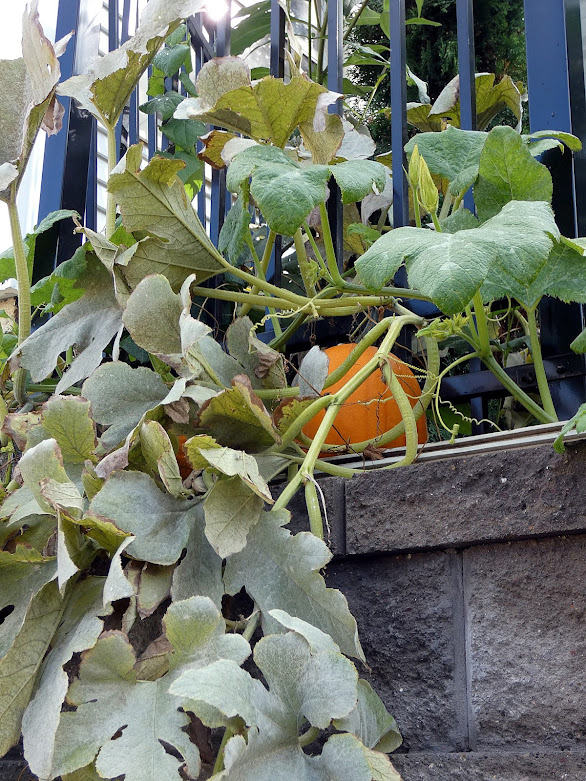 Once Charlie Brown asked Linus "Maybe this pumpkin patch isn't big enough?" And Linus wisely answered "Size has nothing to do with it! It's sincerity that counts!" 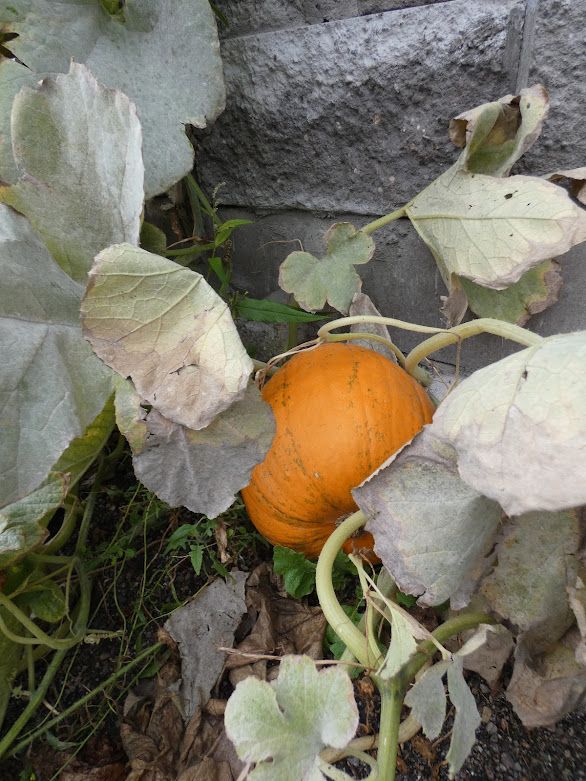 I don't need a lot of toys at this pumpkin patch- a few nice ones mostly for form's sake. I'd just be really honored and thrilled to finally see you rising out of a pumpkin patch on Halloween Night. I've spent a lot of long nights in pumpkin patches over the long years without much success to tell you the truth.

Did I tell you I got a "Great Pumpkin" T-shirt this year? I wear it all the time. 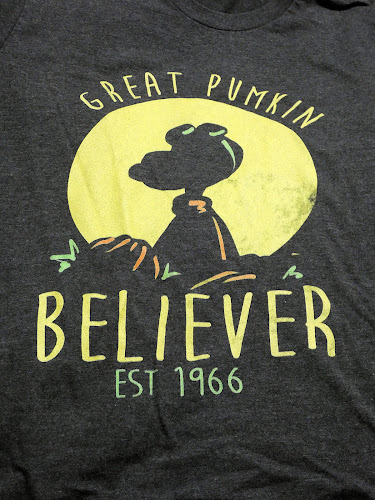 I'm sorry it says "pumkin". I didn't notice that when I ordered it. I mean no disrespect.

No matter what pumpkin patch you decide to visit this year though I will always be your devoted fan,
Love,
(and I believe in you despite what everyone says about you not existing!)


Posted by Feldenstein Calypso at 4:30 AM