On Thanksgiving Day I went roaming the River and in the neighborhood around here hoping to see the wild turkeys. I did not.

But on Black Friday, there they were.

Make of it what you will.

I, who am inclined to make much of almost everything, am not so inclined to make much of this one. This flock I know, of wild turkeys, is not of a personality to dwell upon human holidays. And though we might be aware that our day of thanks is marked by the killing and eating of tens of millions of turkeys, the wild turkeys are not ones to give much thought to it. This is not out of malice, or even ignorance. I simply believe that the wild turkeys are not inclined to relate themselves to their distant, unknown, domestic brethren any more than we are much thinking, as we order cheap little wonder products on Black Friday, of the millions of people working miserable jobs, toiling in bleak factories to make the stuff.

Whoa, that got dark fast.

Maybe let's talk of other things.

Let's talk some more of turkeys!

I heard of a turkey in Oakland, CA that has been indiscriminately attacking people, possibly because he was stressed to the breaking point by all the people suddenly around due to the changing park use patterns of the pandemic. And having heard other stories of hostile turkeys I keep a kind of caution about me when I come upon the local flock. But they are never anything other than polite to me. On Black Friday I had my closest encounter yet when a turkey I had been photographing had to cross by me in order to join his flock. He was but four feet from me, and I could feel my heart in my throat as he thrillingly passed.

He was moving with too much alacrity for me to photograph (their heads really move when they walk). And for my lens and situation he was, frankly, too close for me to get a good picture. I mean unless he stood still for awhile for me to rearrange everything. 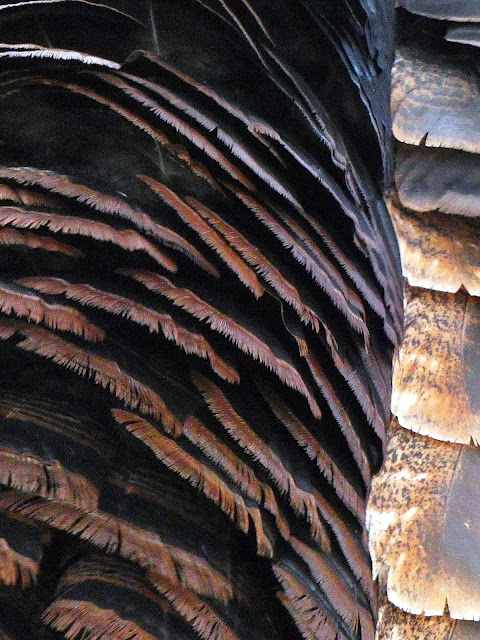 But that was taken from (a bit) farther away.

I squatted at the edge of the street and took a lot of pictures of these turkeys on Black Friday. I never feel I can have too many turkey pictures. One never knows when one might get something special. 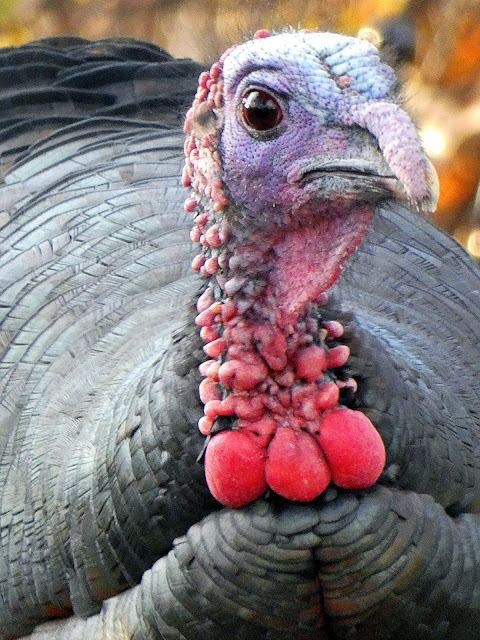 Well, they're all special.

At one point I was crouched at the edge of the street. The main rafter of turkeys (I know! Look it up!) had already passed me by. I was just watching them make their way down the street when a large and elderly Tom limped up along the sidewalk to my left. Then he stopped.

I took pictures of him. 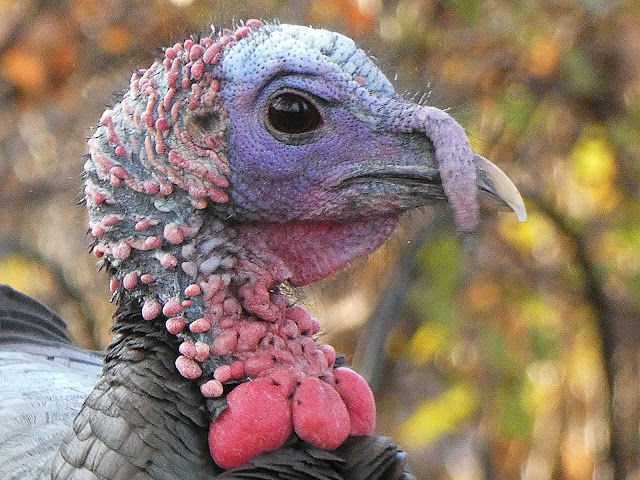 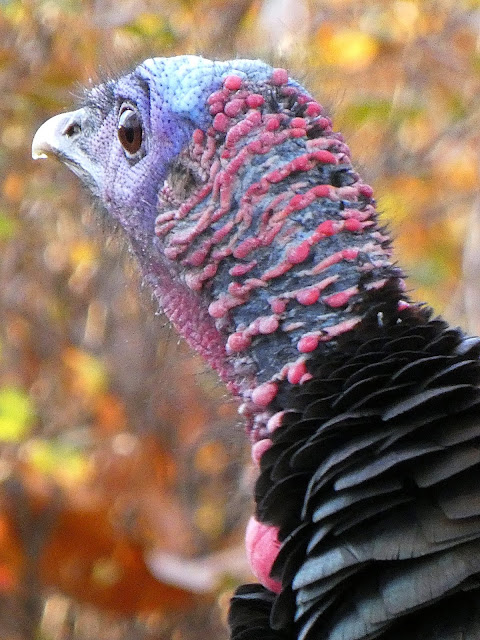 Then he started making a kind of quiet, keening sound.

I got worried. Had he lost the rest of the gang (yes, in addition to "rafter" they can also be called a gang!)? I actually started to say "They're just up the street there fella." when I remembered that we don't speak the same language.

So I took some more pictures. 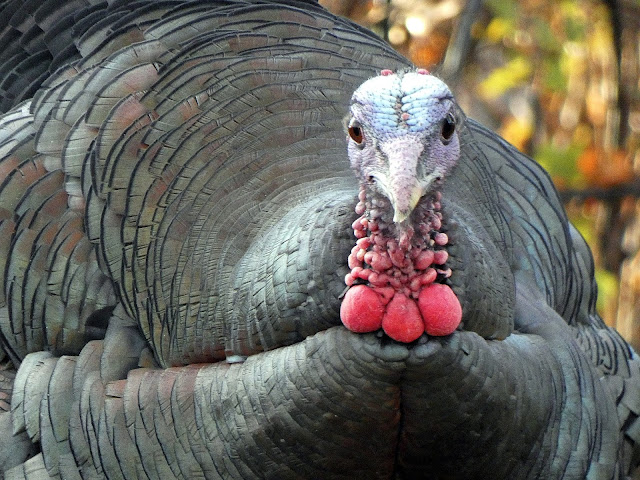 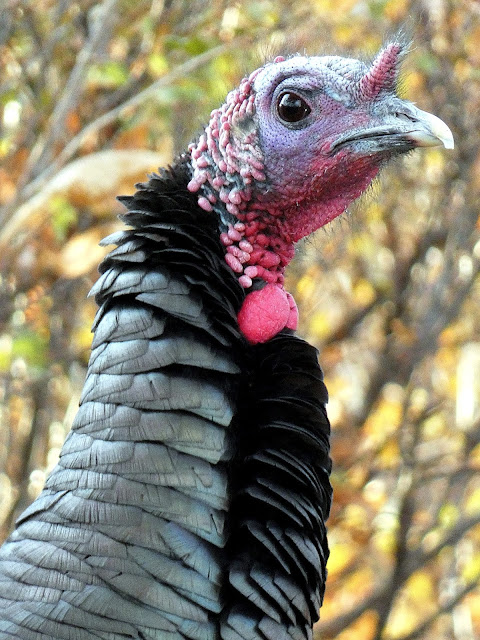 And then I heard a noise.

I looked up. The flock had come back for him!

So it was a happy story.

And Thanksgiving is over. So there's that too.