Uh-oh. I feel a blog post coming on. But it's coming too fast!

I can't control it.

It's heading right at our heads, it's...

In my first year of photography, which is well documented here on clerkmanifesto, I have managed to capture a nice collection of birds through the use of my magical zooming camera. None of the birds I got pictures of were particularly rare or exotic, but that didn't matter too much. Mostly I was just keen to get a good look at birds, any birds really. My first really successful bird picture was of the humble Robin, and I'm not sure it isn't still my favorite: 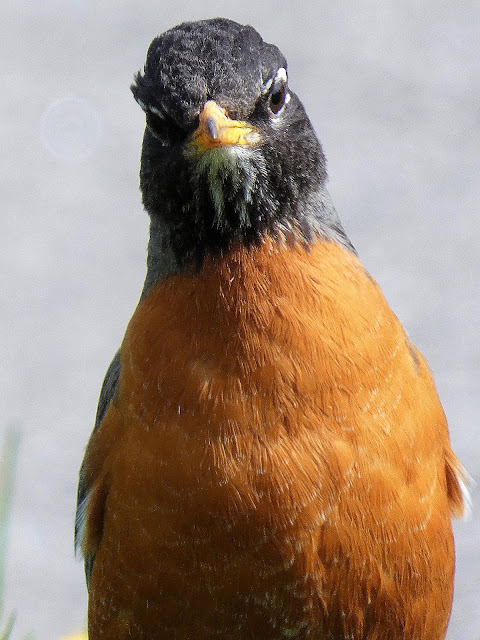 Also of note was an encounter with a chicken: 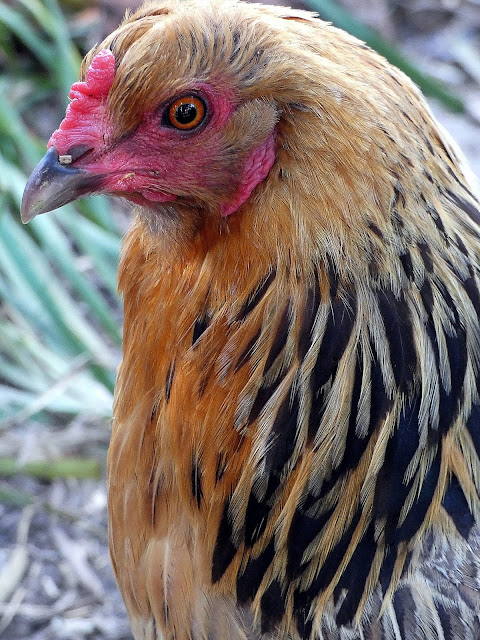 An exciting and strange morning spent with a local hawk: 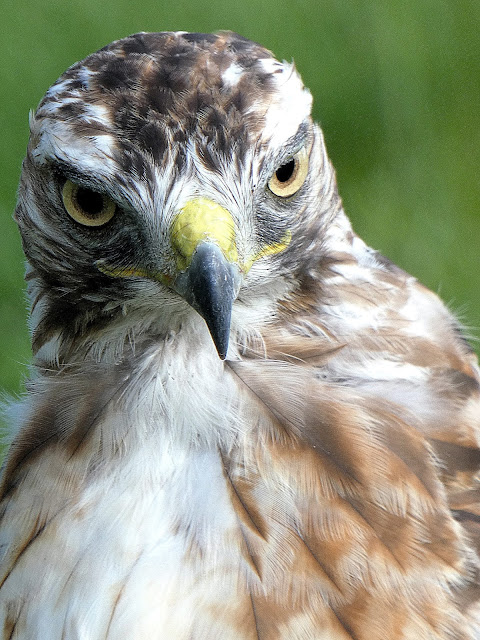 A rare coming together of elements with a cardinal: 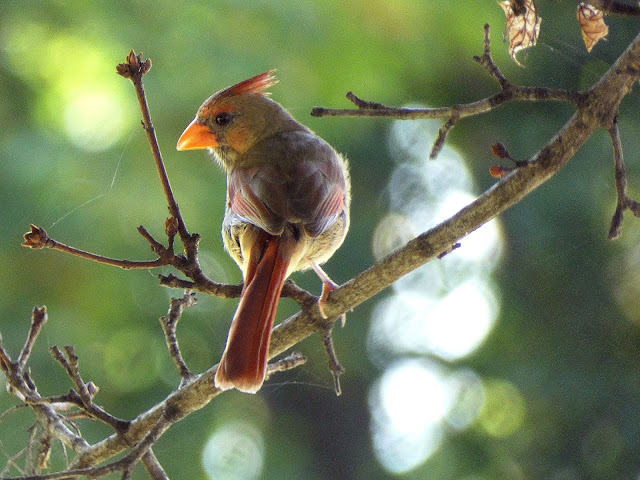 And one of many moments from more than a few lucky ambles among the wild turkeys: 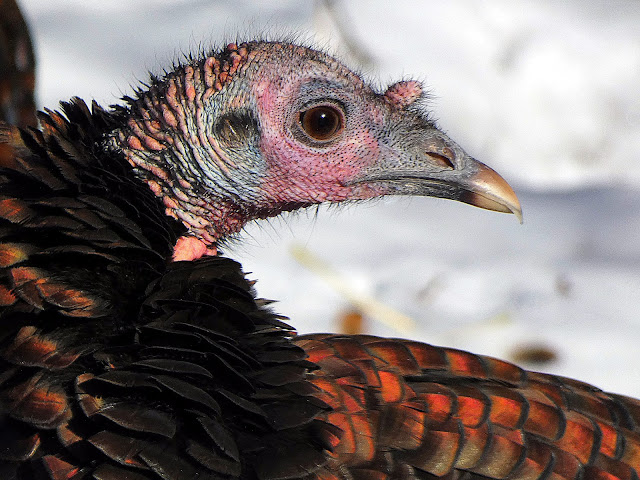 But amongst all these many forays with birds I also several times came across ducks down by the river shore. These weren't your hanging out at the local pond in the park, living on bread crumbs ducks. These are wild ducks. And they liked to keep a lot of distance from me and my camera. A lot of distance! And their number one trick for keeping distance was to float off into the river at the slightest provocation.

I have many shots of ducks floating off into the river far away. I will spare you those pictures.

But I did not bring you to a blog post called "Duck!" just to make a corny (albeit hilarious!) joke about ducking, or to tell you I have no decent pictures of ducks.

I like to defy expectation a bit on clerkmanifesto, but not to confound expectation.

I have pictures of ducks!

I totally have pictures of ducks!

It's just, of all the pictures I have gotten of birds, ones so much closer than I am accustomed to seeing them, the duck pictures have surprised me the most.

They surprised me more than turkeys looking so obviously like dinosaurs.

And they surprised me more than all the personality of Robins.

Because the thing is, and what was surprising was: Ducks look kind of fake.

You know how hunters have used carved and painted decoys of ducks to lure them into shooting range? And then those decoys became their own thing where master craftsmen make spectacular duck decoys that are probably too valuable to ever set on some mucky pond somewhere?

That's how the ducks look.

And I'm not saying that they don't look daffy. Some of the ducks are very daffy, with funny expressions.

It's just that I'm not sure the expressions change. And some of the dazzling, painted perfection of the ducks' foliage looks a little, well, wooden.

Anyway, you decide. Coming your way, any second now, no now, NOW,

Right, right, we did that joke already. Sorry. Here you go: 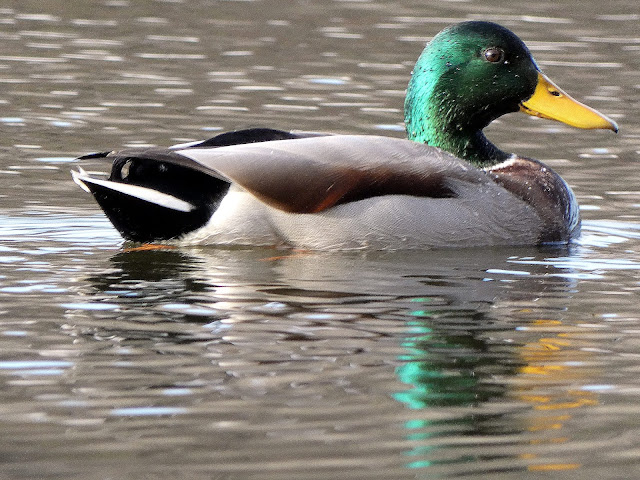 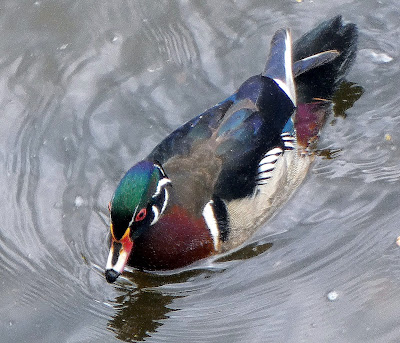 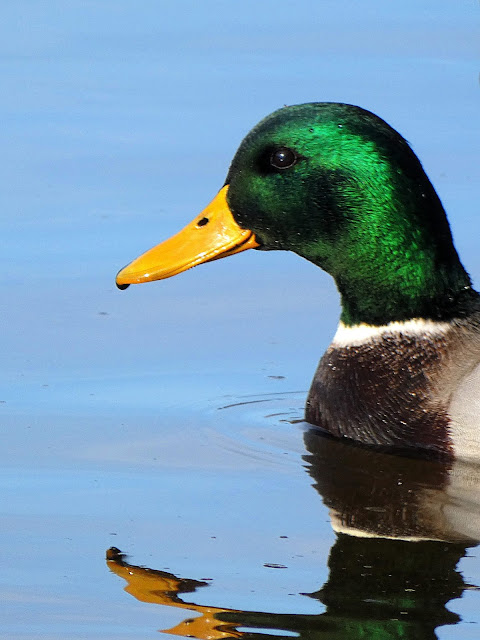 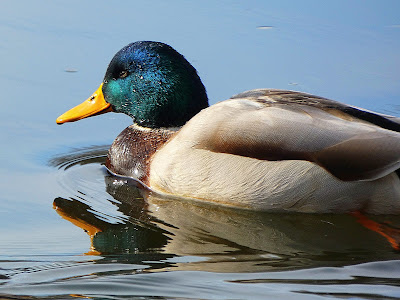 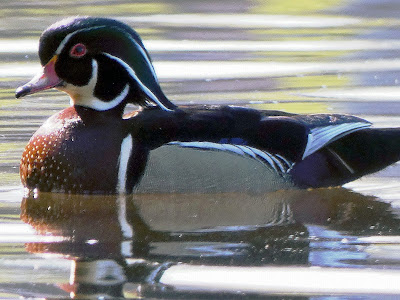