Bob Dylan and I were sampling orange cognacs. Well, drinking them.

"I like this Grand Garonne stuff better than the Cointreau Noir." Bob ventured.

I consulted some guide we'd printed out. "You're not supposed to." I said.

He gave me a look. The looks with that guy! I sipped and considered for myself. "I might even like it better than the Grand Marnier." I said.

He sipped it again and shrugged. Who cared really, it was good, smelled like oranges, seeped into your tongue, and intoxicated.

"Tarantula?" He asked, deadpan, referring to some poetry book he wrote like 60 years ago.

"I don't like spiders." I replied, refusing to be put off. "Chronicles, as if you don't know. You know, there's no "About the author" in it."

"If they don't know who you are then what the hell are they reading the book for?" I proposed.

"The book is the "About the author""? I suggested.

"I had nothing to do with it." Bob said, possibly lying, but who knows.

We tried another orange cognac in a grand, flat bottle, Grand Imperial maybe? Everything's very grand when it comes to orange cognacs. We both went back to the Grand Garonne, took a sip, and put on quizzical faces.

"I'm pretty much your best friend, aren't I?" I asked.

I shrugged. Me shrugging too, we're so alike. "Then who is?"

He was glaring at me, but he wasn't saying anything. 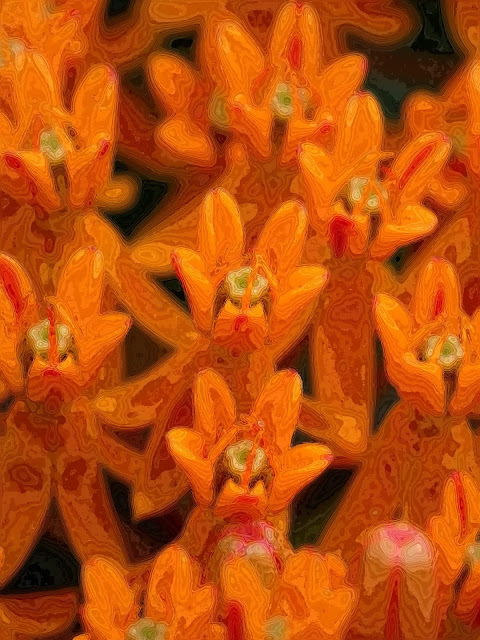