When I began writing Clerkmanifesto eight years ago, with its strong and alarmingly frank depictions of my work life at a large, Saint Minneapolis Library, I figured it would be prudent to disguise things so as not to get in trouble. I dislike getting into trouble at work, not that it's always stopped me. So in my blog I used a nom de plume. Oh my god it's fun to say, or even just think that phrase; nom de plume. Nom de plume. Nom de plume. Nom de plume. Sorry, but it's French! I also have never, in over 3,000 blog posts (Read them all! Only four or five of them really fall flat) named my library or my library system directly.

I do not regret this caution. It has given clerkmanifesto a slightly more general, epic, timeless feeling, a kind of biblical, mythological quality that has allowed it to reach tens of people across single digits of countries.

But this brings me to another point here: No one is much paying attention.

This caution may not ultimately be all that warranted.

And so, as a belated celebration of my 3,000th blog post I thought I would, today, pull back the curtain just a tiny bit.

I am not yet ready to reveal the name of the library I work at.

And I think it best to leave out the system name as well.

I don't really want to include my real name here, and, in a sense, at this point, writing here, I really am Feldenstein Calypso and no one else.

But I did take a nice picture of myself the other day. I really quite fancy it. Feldenstein Calypso!

And so I would like to, in celebration of this long literary (and now photographic) journey we have been on, give a tiny peek behind the curtain.

Here then, your author: 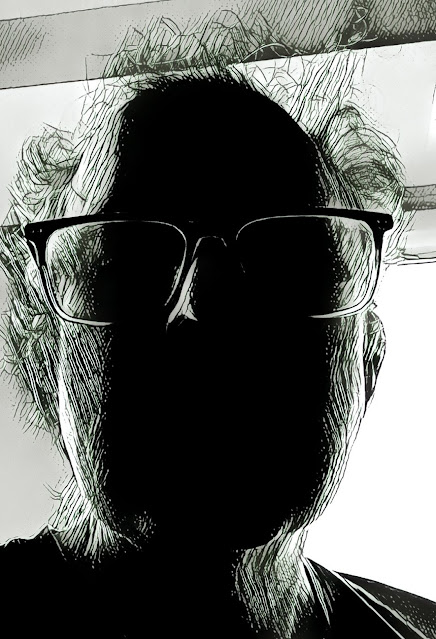