One of my co-workers at the library is a baseball aficionado. He devotedly follows the Milwaukee Brewers. I followed baseball passionately as a kid and can still rattle off a small ton of pre 1980 Baseball trivia. Do you know what Ty Cobb's lifetime batting average is? Do you know who hit the most doubles ever?

And so feeling it never goes amiss at work to take an interest in a co-worker's hobby, I took a modest interest in the Brewers. I particularly took an interest in the rising star of a player named Christian Yelich who grew up fairly close to where I grew up in Southern California.

As I watched, on my own, and through the information from my co-worker, Christian Yelich started tearing up the league the very year I started watching and tracking him. He even won the MVP that year! The next year, 2019 he looked about the same, and he was headed for likely another MVP award when he hit a foul ball off his kneecap and broke it. His knee he broke, the ball was fine. It was a bit of a freak accident, time consuming, but not a terribly difficult one to recover from.

However, when he came back the next season he suddenly could not hit worth beans. He had other physical problems as well, particularly his back. So we were waiting for this season.

This season he was even worse! However, weirdly, without their star hitter, the Brewers were brilliant, mostly behind some bizarrely good pitching, like, historically good pitching. The Brewers are currently sailing along to win their division, and they have one of the best records in baseball.

Also, Christian Yelich, who oddly reminds me a bit of Ted Williams, has finally, late in the season, started to hit again from out of nowhere. Most of the season he was an albatross around the Brewers neck, struggling to hit a miserable .200, a benchable offense, but how do you bench a player who you are hoping at any moment might become the best hitter in baseball again?

So with Christian Yelich hitting again and the best pitching in a new era of pitching dominated baseball, maybe we could see a Milwaukee Brewers World Series?

It sure would be nice, and I like to see my co-workers happy.

But why am I telling you all this?

Oh, I have some baseball player pictures and I just got going on it out of nowhere.

Here's the greatest baseball player ever, in my opinion. I asked him to sign his library card but he absent mindedly signed a baseball instead. 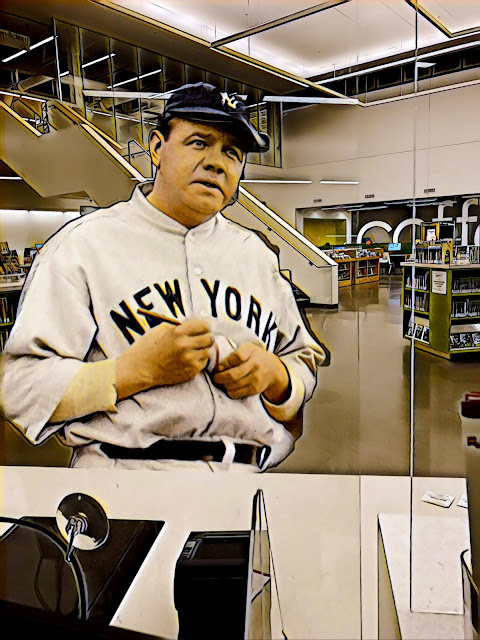 Maybe I was wrong up above there. Maybe the best player ever was this catcher below. When I was, er, taking this picture I felt a real fondness for the guy and his smile, and by all accounts Josh Gibson was loved by everyone, though how much of that is myth and legend I am not equipped to know. It's also pretty tough to judge a Negro League Player, but that he was one of the greatest baseball players ever seems profoundly evident. 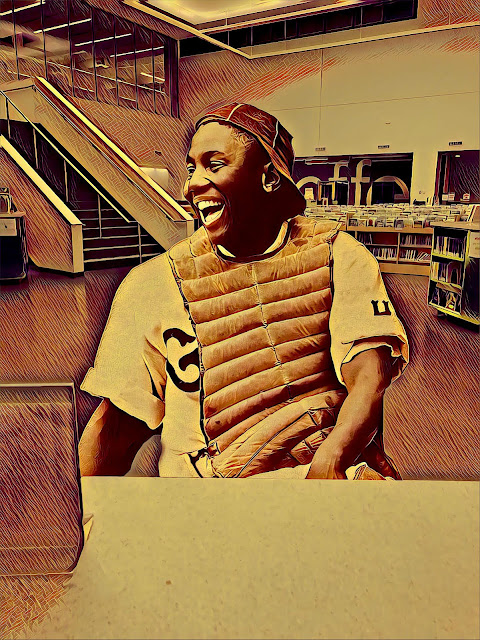 This, below, of course is just a kid who comes to my library, but I know for a fact that he pitches in Little League. This summer he'd sometimes come in to the library in uniform after games. He seems a little depressed to me after these games, so maybe his team doesn't do so well?

He's always asking me if we have any books on Joe Shlabotnik, who, apparently, is his favorite player.

We don't have any books on Joe Shlabotnik. 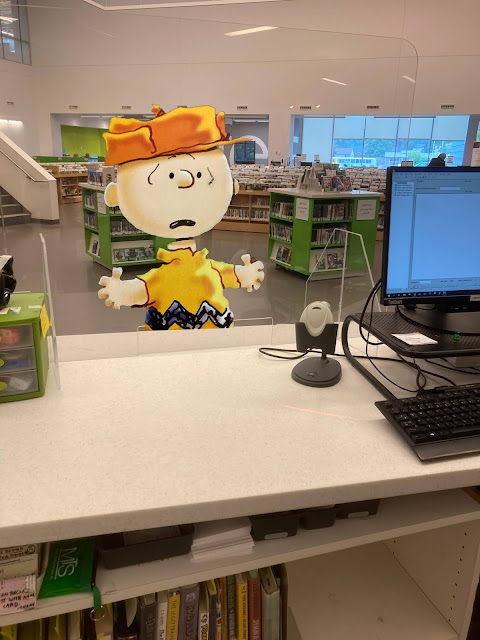 And finally, I wasn't born when this photo below was taken, but late in this player's career I did see Willie Mays play for the Mets when they came to town to play my Dodgers. That's likely the best player I ever saw play in person, though he was a bit past it at the time, and I was a bit before it. 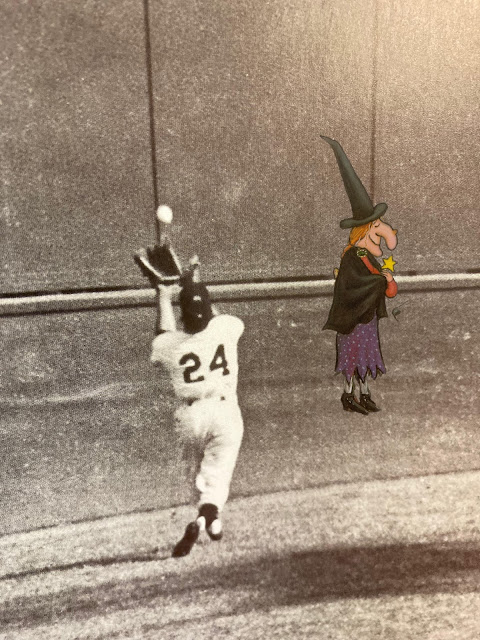 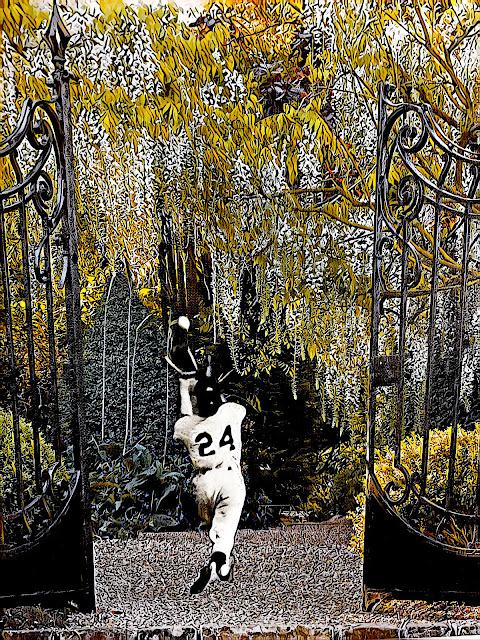 And with that, I leave you for the day.