Pike Island is an island. And though we have inched our way through dozens of blog posts to get to this fabled Pike Island, until we cross water there is no island, and we will have arrived nowhere.

Pike Island has the shape of a very rough, long bird's wing. On one side is the legendary Mississippi River. On the other side, coming down to join with the Mississippi at the wingtip, is the Minnesota River. This is of historical importance because in the days before the Mississippi was tamed, and damns were built, this confluence was the end of the reliably navigable river. North of it the river level was often too low for most river traffic.

No bridges cross either of these mighty Rivers to Pike Island.

At the top of the Pike Island river wing is, um, let's see...

Where the tributary is the Life is a Fountain!

And Clerkmanifesto Creek runs from the Minnesota to the Mississippi.

Across it is precisely one bridge. 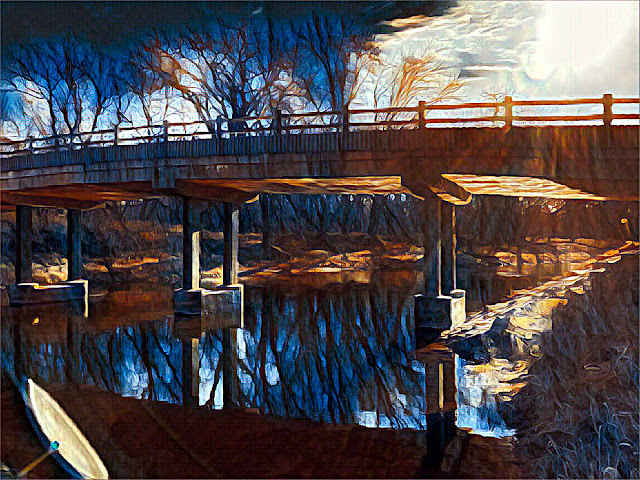 To the right here is the mainland. And there, above in our picture, behind the bridge, lies Pike Island, our first view!

And here is our bridge again, once straight on, once reflected in the water. Two more looks before we head into the wilderness.

It's not a bad bridge, not at all. But greater things await us ahead. 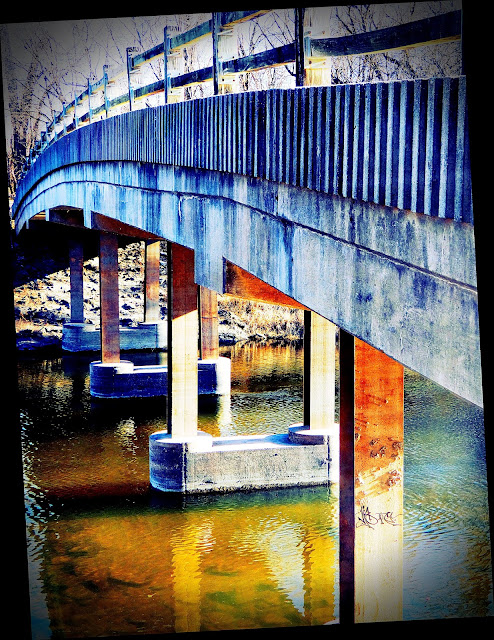 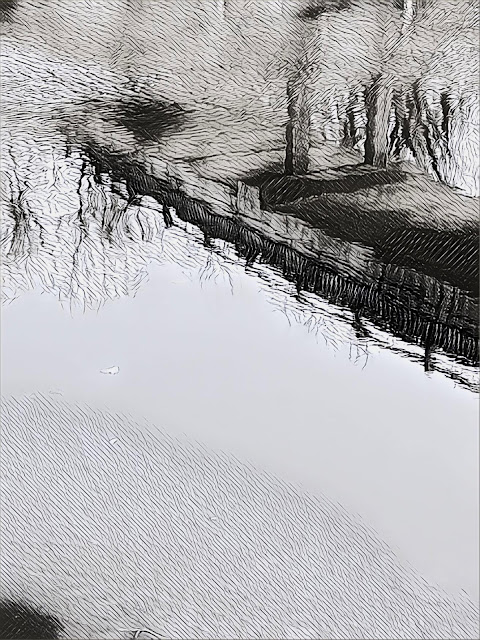