Driving at the break of dawn to the town of Durado with my friend, a sense of unreality was upon me. I was about to disappear from the world for nearly a year. Or perhaps I was going to disappear into the world. There is, perhaps, no real difference between things crafted by the hand of God and those hewn by the hand of man, for the source is all the same, being the matter of the universe. And yet we seem to be able to scent the merest atom of difference between the two. A single breath of the latter is enough to turn the greatest body of clear water a pale red.

But look at me wax eloquent. I was merely a person sitting in a car. My giant pack was in the trunk. I was going to walk the long way across a continent all on my own. And yet mainly I was just really nervous about how to catch the bus.

Will there be a ticket window?

Will I have someone to ask where my bus is? I hate asking people stuff.

What if they don't have a record of my mail purchased ticket?

What if there is no bus?

What if there is no bus!

What would I do if I was stuck in Durado?

If you find these concerns to be as uncomfortable and uninteresting as I do you may be excited to know this:

Even though this chapter is called “Departure”, and seems in line with all the talk of preparations for my journey, it is, in fact, the actual first day of my trip.

Yes I said goodbye to my kind friend. Yes I got my ticket. Yes I got on the bus. Yes the bus took me to the town of Pequeno Escalante.

I put my heavy pack on at the side of the bus. I exited the small station and walked two miles through a desultory town that felt as if it should have tumbleweeds blowing through it, but didn't. There were instead wide, empty streets full of parked cars that would look fascinatingly ancient to me now but were just cars back then. There weren't many people about and the asphalt looked plentiful and faded. I passed a burrito place that looked tasty, but I made many good excuses to not have to go in and talk to people there to get one.

I have plenty of gorp.

I need to get to the trail.

I should save my money.

Where will I put my pack?

I have to make camp by nightfall.

Actually, they were mostly good reasons. As it was I arrived at the trail-head at nearly 5:00. Almost dusk! There was a small parking lot with three cars. There was a sign:

It was all a little unceremonious since I'd already been walking for awhile, but here I was.

“Chapter one: Preparations” had become:

I put one foot in front of the other. I had read over and over that's how you did it. The ground was hard packed dirt of an old road eroded down enough to be impossible for cars but still good for walking. It was flat and dry. Stony hills ringed the distance. In four miles there was supposed to be a stream I could camp at.

Four miles ended up being vastly farther than I ever dreamed it could be. But that sort of thing never went away through over 2,000 miles. Oh I learned what a mile was, but I never really believed they were as long as they really are.

I have all my journals from my hike on the Agua Fria Trail. And they are my close companion as I sit down to recount this trip 35 years later. But I made no mention in my journal of the jackrabbit I saw a mile or two into the trail. Nevertheless I remember that alone of that day on my own, vividly. I remember its loping ears, its long legs folded up along its sides, and the large-eyed way it looked at me.

I never wondered what it thought of me.

It was nearly dark when I made it to the creek and quickly took my first picture. I set up my tent as fast as I could, climbed in and set things up how I like. Refinements would come in the days and months to follow. I chewed salami, ate gorp, wrote a brief first entry in my journal that didn't mention rabbits, and I began reading:

It is a truth universally acknowledged, that a single man in possession of a good fortune, must be in want of a wife. 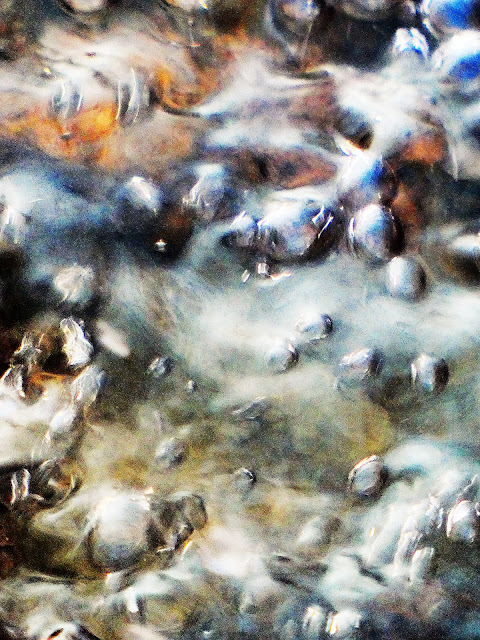