I was back at the library after many days off. I was having lunch, which was a salad, with blue cheese, tomatoes, and roasted seeds, sunflower seeds in honor of Ukraine. While I ate I listened to a recorded book of Rex Stout, featuring Nero Wolfe and Archie Goodwin. I have been listening to a lot of recorded books through the library app known as Libby. This particular book is hilarious not just because Nero Wolfe books are hilarious, but because the recording is taken from the old Books on Tape recordings, and in translating the book to a downloadable digital format they didn't even bother to edit out the prompts to turn over the tape. So I'll be listening along to the account of a series of murders involving a popular radio show and their sponsors (already retro to the era of the cassette tape), when the voice breaks in and says "This concludes side one of tape three. Please turn over the tape at this time and begin the tape at the same place on the other side."

There were periods in the nineties where I listened to those books on tape regularly, enough so that the instruction is Pavlovian, and I have to resist scrambling for my phone to turn over the cassette, which only exists as a vestigial figment, like the feeling of a lost arm.

"No, just wait it out." I tell myself. "The story will start again all on its own."

I like to post pretty pictures here in clerkmanifesto. In 15 minutes I'm even heading out in my neighborhood to try and find some more pretty pictures, if I can. But the truth is that there is plenty of America that's aesthetically dismal. Where I sat against a window in the breakroom of my library, eating my salad, listening to the book on tape on phone, my view was of a drive-through drop off lane, through dirty windows, and peering out into the usual vast parking lot which most institutions in America specialize in.

I didn't mind too much. It was ugly, but I appreciated the natural light of it all, and my book, and the time to myself. I took a few pictures of it to show you my unglamorous world.

But as soon as I had done that, I couldn't help but make a couple small improvements. 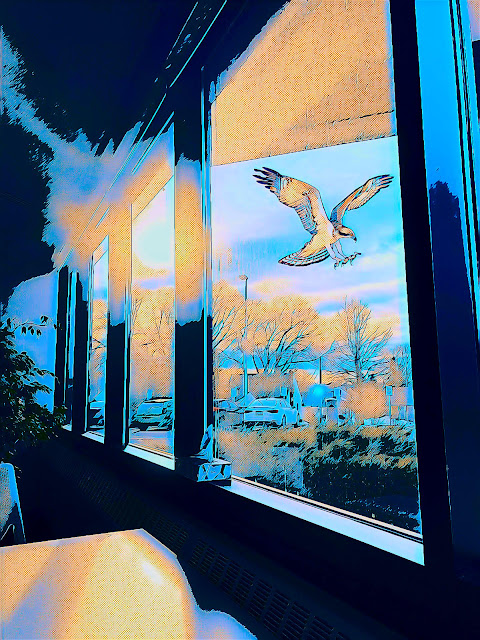 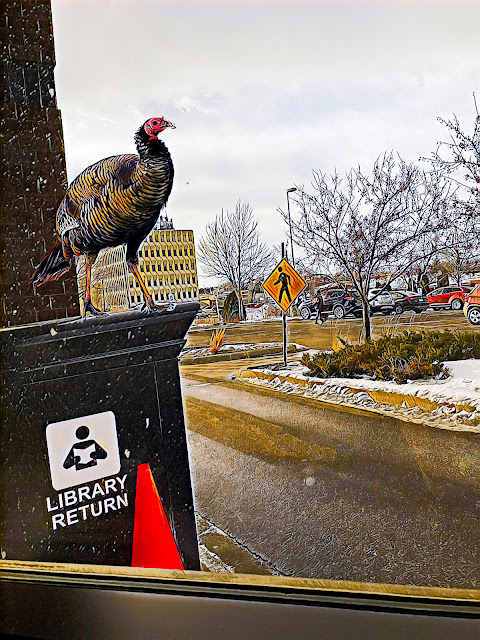 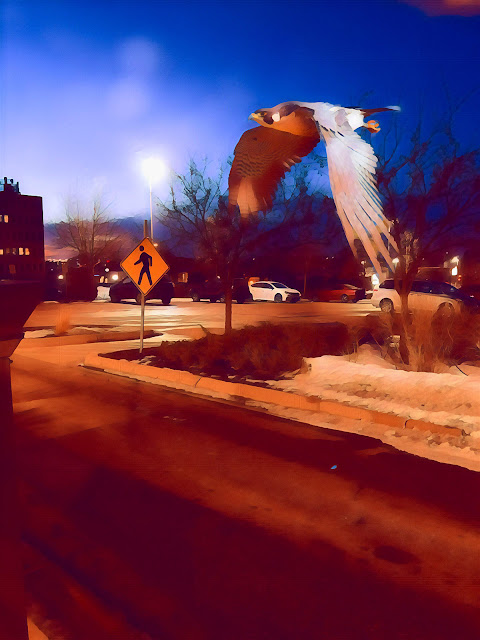