I'll take seeing a coyote around here anytime. It's thrilling. I mean, I'm usually out there with my camera hoping a robin will let me get close enough for a picture, or taking pictures of stream water, so a coyote is big news. My heart races and flies. I've hit the big time.

But I have to admit my photography luck with coyotes has been historically troubled. Once I was focused so hard on taking a picture of a squirrel that a coyote wandered past, not 15 feet from me, causing all my belated realization pictures to be of his butt. Another time I was headed west up the creek and the coyote was headed east, and I got so involved in the awkward politeness of our trying to pass each other that my pictures were scanty at best.

This time I saw the coyote, through the trees, at the top of the Shadow Falls, a perfect setting. And he was very tolerant of me. But just as I was getting to some good pictures, the only person I saw on my entire hike came along at the worst moment with two dogs! There was a big dog and a little dog.

I said "There's a coyote up there."

He mumbled something, then walked on. The coyote ran away down the trail. The man turned around and called to me. "Hey, did you see that? There was a coyote!"

"Oh, sorry." He said ruefully. "I was just totally zoned out in my own world."

In my heart I fully accepted his apology, but it was still disappointing.

I did get a few pictures of the coyote that, with a lot of post production work, I liked. Strictly speaking, it was three pictures, which I include below with a few variations. 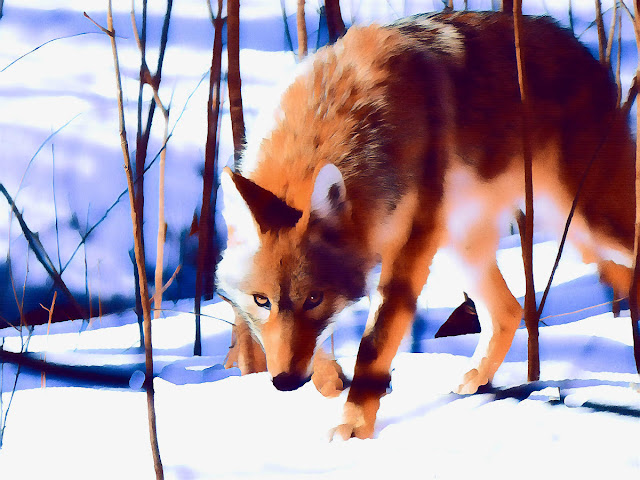 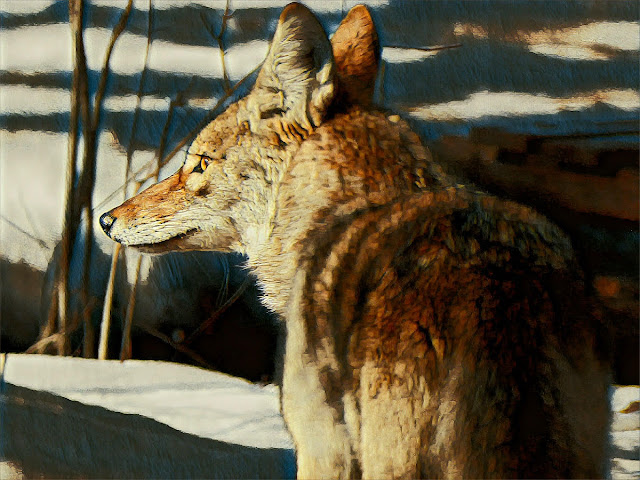 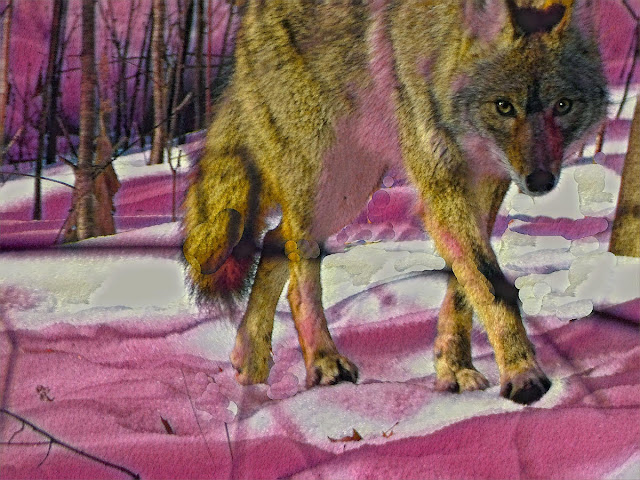 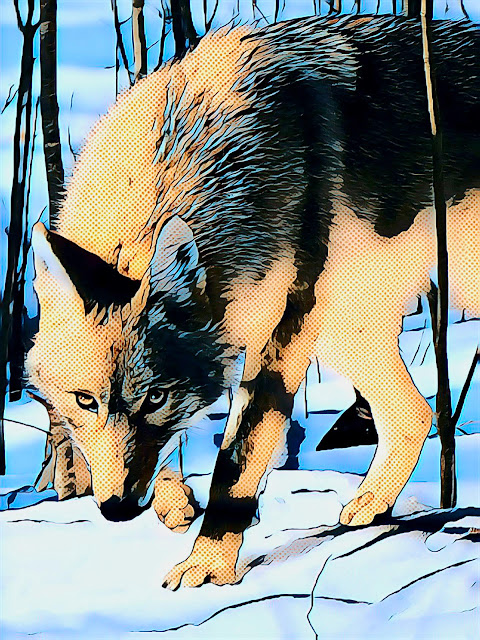