I was alone again on the Agua Fria Trail, in some of the deepest woods of the whole trip, the Goldenflower Woods. I drifted in and out of a string of pieces of the National Park named for these stately and giant trees. The trail mostly skirted along the lesser traveled outskirts of the park, where the towering trees didn't grow to the tallest they got to, but were blissfully at their wildest, densest, and most graceful, and also, to my delight, did so in their namesake season. The trees flowered.

For four days I hiked through here, finding it impossibly beautiful and peaceful. But there were always problems on any long hike and in any environment, at least for me. The first, here, were the spiders. It was a very, very spidery forest! Thrashing through the trail, strewn with new spun webs in the morning, was so bad that I found myself putting off my day's departure until as late as lunch, by which time usually a few hikers, animals, and/or weather had cleared most of the globe spiders from the path. This meant though that I had to hike late into the evening, which exacerbated the other main problem of hiking through these woods- the one regarding campsites. There were hardly any. The forest floor was so teeming with ferns and moss and swamp and enormous tangles of fallen wood that any area open enough to pitch a tent on was extremely rare to find. And these unusual bare spots could be even harder to find as the night fell and the owls started commentating distractingly from above.

The third morning in the Goldenflower Woods was bright, dry, and breezy. I was camped, as ever in these woods, near to the trail, as getting anywhere the least bit away from it made for a long and messy expedition. This proximity gave me the mixed benefit of hearing a large group move through along the trail while I was gathering wood for a small morning fire. I found myself sensitive to other people, and didn't like the thrashing invasion of a big group, but on the other hand I now had firm confirmation that the day's trail ahead was, as a result, well cleared of giant spiders. I'm pretty sure I even heard a scream in the distance some time after they passed and I had no problem imagining its source. I'd been there.

It was a lovely day and I was making excellent time. The sun was out, its rays casting like quiet thoughts down into the woods below, filtering through the heavy, narrow, and impossibly high boughs of the goldenflower trees. A great breeze, more even a slow, quiet breath of wind, came running downhill to the valley I was in. I could hear it before I felt it, the susurration and change of pressure. Then the trees, in a kind of slow motion, bent before it. I felt the wind prickle my skin. And from above all the high starlight branches of the valley woods released great clouds of golden yellow pollen. It billowed out in enormous, heavy gusts, glittering clouds, like the smoke of the sun lighting heaven to a slow burn. It surged through the forest in ponderous, mingling and dancing waves. It was like a fire, a blanket, something unnatural, something ephemeral and heavy and real. And then, as if in a single moment, it settled into the great green mass of the forest and simply disappeared.

On my 2,799 mile hike across a continent I saw many amazing things. I crossed into other realities. I cavorted with gods, I wrestled with the heavens and was gifted by angels, but the rain of pollen from the goldenflower trees was possibly most magical thing I saw.

You know what? Forget it. It's not a ranking system. It was just... lovely. 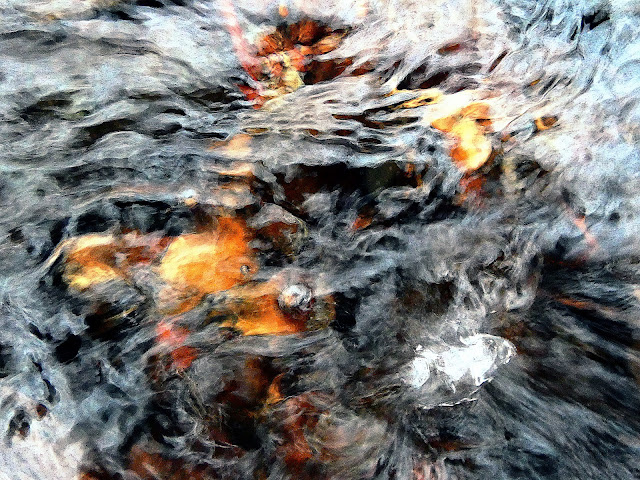