There is no explanation for it, and you won't find one here. This morning my neighborhood was full of Chinese people.

It started on our morning walk, when a large group of Chinese people were gathered on the sidewalk, but I didn't think much of it. It was only later in the morning when I went out photographing along the river that it struck me as peculiar. I kept passing Chinese people in my neighborhood as I walked along to a field of dandelions. I cut through to the river, passing one Chinese man, and slipped down one of the secret paths that plunged through the brush to the river path.

The river path is usually quiet, but where it turns away from the river two Chinese people had strung up a hammock among the trees and were lying in it together. I could barely see them, but I could easily hear them talking loudly in Mandarin.

From there, I made my way down to the famous Shadow Falls. I didn't used to think they were famous, but when Chinese tourists started visiting them (today) I was forced to reconsider. I was taking a dramatic picture up the falls when a Chinese woman appeared up at the top, smiling down on me.

I took more pictures of the falls as the Chinese lady and her friend made their tricky way down to the base of the falls. One of them asked me in a broken, but polite English, if I wouldn't mind steeping away from the falls so they could take a selfie there.

Sure, I was ready to move on anyway. I wanted some wider pictures of the falls. 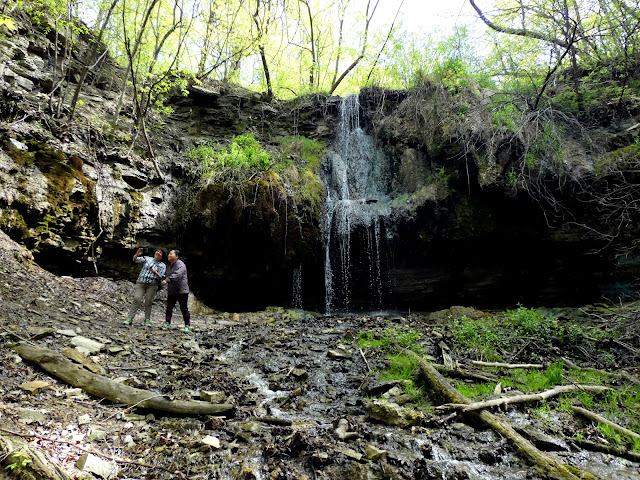