I climbed slowly, where the uphill parts always just out-edged the downhill ones, but I never really felt like I was out of the The Goldenflower Woods until I hit a long stretch of ascending trail carved into the side of a mountain taking me steadily up, and over, and in. And then all at once I seemed to be encircled by peaks. Most of them were a silver gray, and despite their obvious seeming name of "Snowtop Mountains" they were curiously free of snow at the very top. It was the shoulders of their peaks that were festooned with glaciers.

I had snuck in through some low valley, climbed a ridge, and now looked out at Hundred Miles Lake. It was only two miles long, but the shining lake was the kind of thing a person felt in their soul and so didn't inspire one to quibble over a mere 98 miles. It was immaterial. The water was azure blue, which I think means super duper blue. It was clear as air. And it was terribly cold. I know the last from the next day, when I swam in it, sputtering and free and freezing. Of all the eight months or so of my great Agua Fria hike there was but one day where I spent a layover day simply lolling about merely because it was too lovely to leave where I was.

That was on the grassy alpine shore of Hundred Miles Lake.

Charlotte took a layover day too. She kept catching trout for us to eat, so I came up with a new, better way to eat them. I had one pan, really a pot, and over low embers I would render what fat I could out of coarse chunks of the salami and maybe from a little of the cheese I had too (both of which were still delicious afterwards when they were dense and chewy). Then I fried up the little cleaned and beautiful trout on a super low heat. The cooking was slow and fiddly, but Charlotte and I became quietly as obsessed with it as Oliver and I had gotten with gin rummy back a few hundred miles. We ended up with great piles of tender greasy trout to pick over for hours. We only quit when we could eat no more.

Perhaps attracted by all the tantalizing fish smells a black bear wandered into our camp later that day, at dusk. I was alarmed until he walked over to Charlotte and they seemed to almost confer for a bit over by where her hammock had been strung up. After the bear disappeared into the woods, Charlotte looked up over at me.

"I'm afraid we're going to have to step it up tomorrow." She said softly. "Things are about to get difficult." 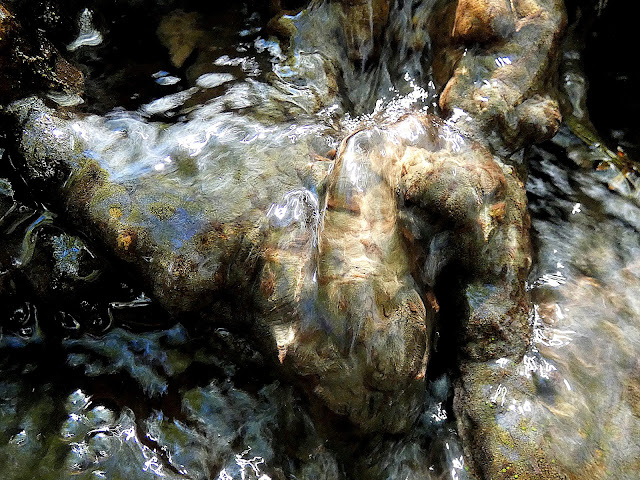