You may find today's pictures dizzying. But even though I could show a couple of photos that establish the area in which the following photographs were taken, I think it would detract from how it all really feels. My own sense when I stumbled upon this iron bridge underbelly along the Mississippi River was one of almost confused delight, and so these pictures will do their best to evoke the same in you.

I have, multiple times, shown you pictures of graffiti, as I am a fervent admirer. But those pictures were all focused on pieces, and on the work of graffiti artists. The pictures below are of an area, of the overall effect of the chaos of graffiti. I have not shown pictures of a chaotic graffiti area, full of tags and graffiti scribbles, because I usually find that ugly. It either detracts from a somewhat pretty area, adding shabbiness and hostility (Rome is sometimes prey to this), or it simply adds ugliness to ugliness. But here it works beautifully. And it almost feels like everyone is in on it.

It is a collective, accidental, on purpose, phantasmagoria. Of course the complicated iron trestle bridge work plays no small part in the wonderful, disorienting, psychedelic effect. 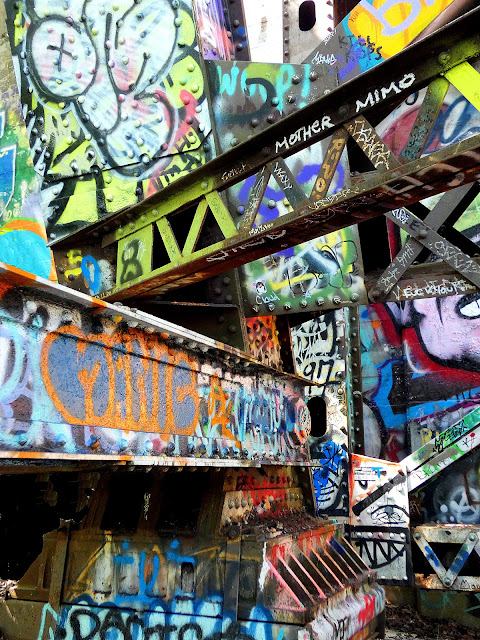 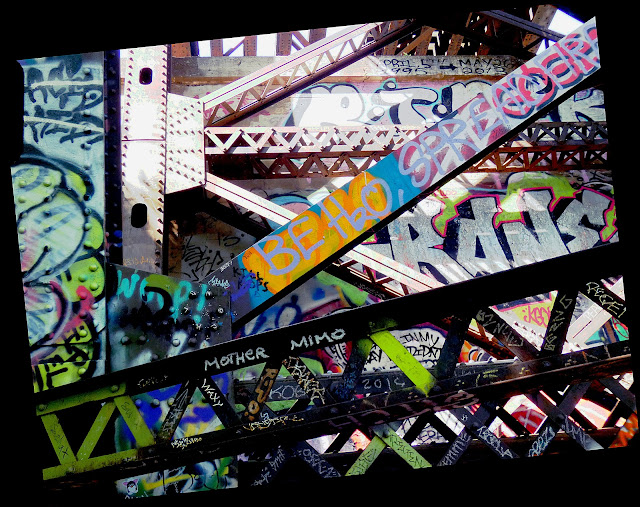 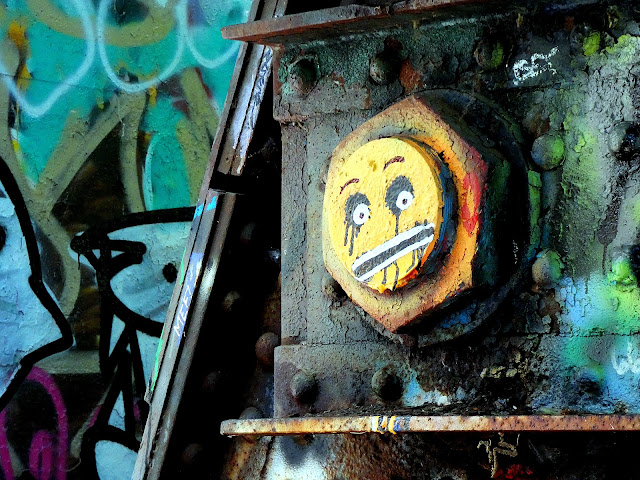 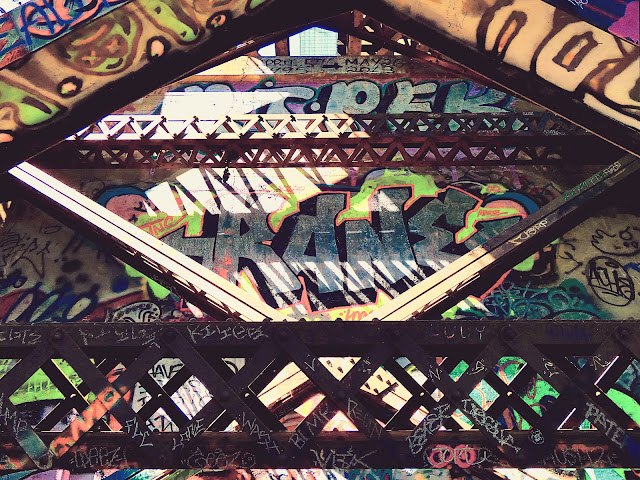 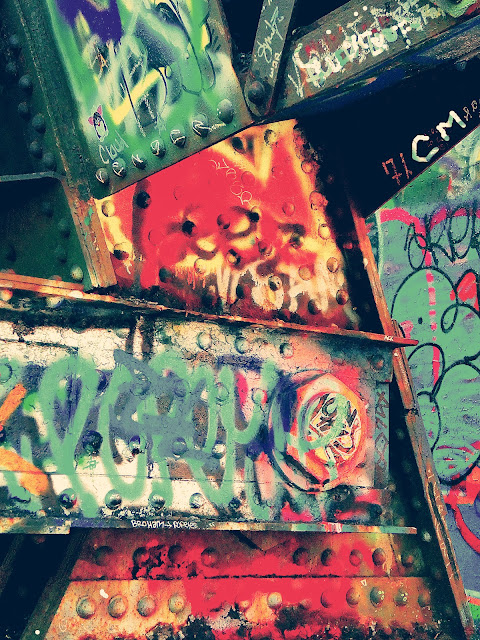 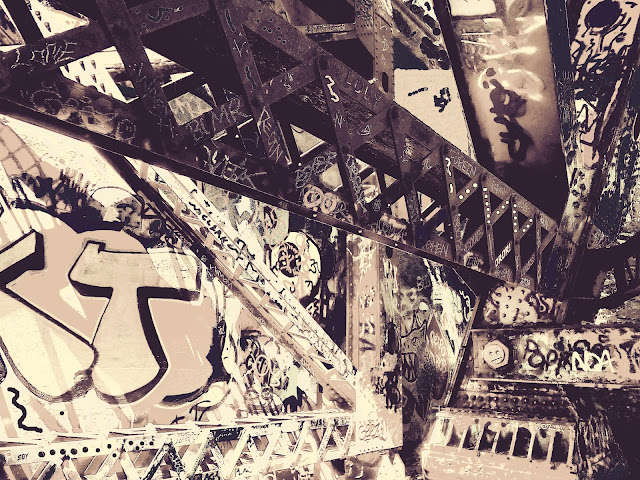 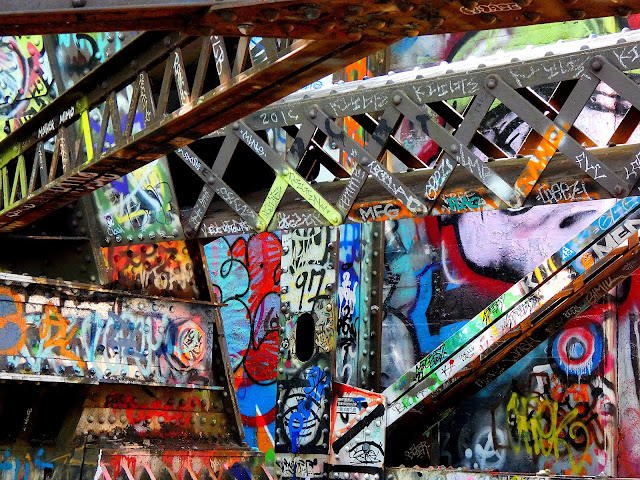 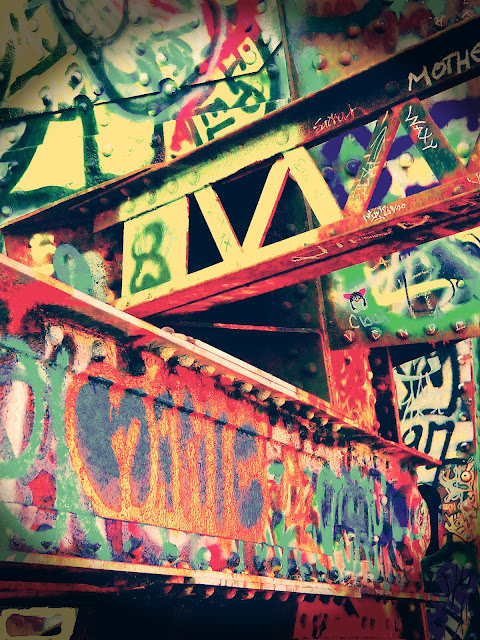 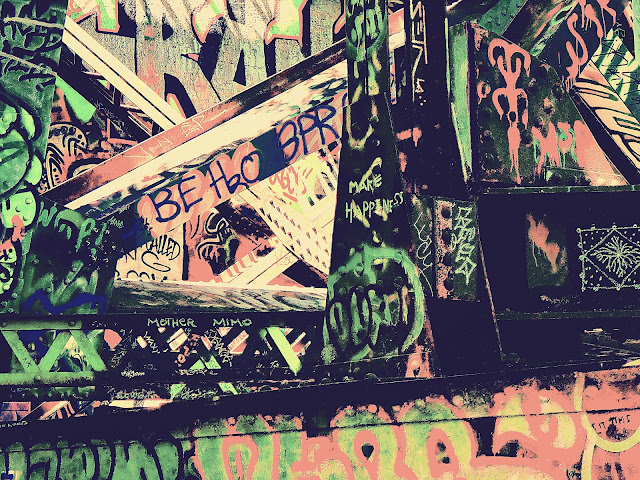