Garrison Keillor at the Library 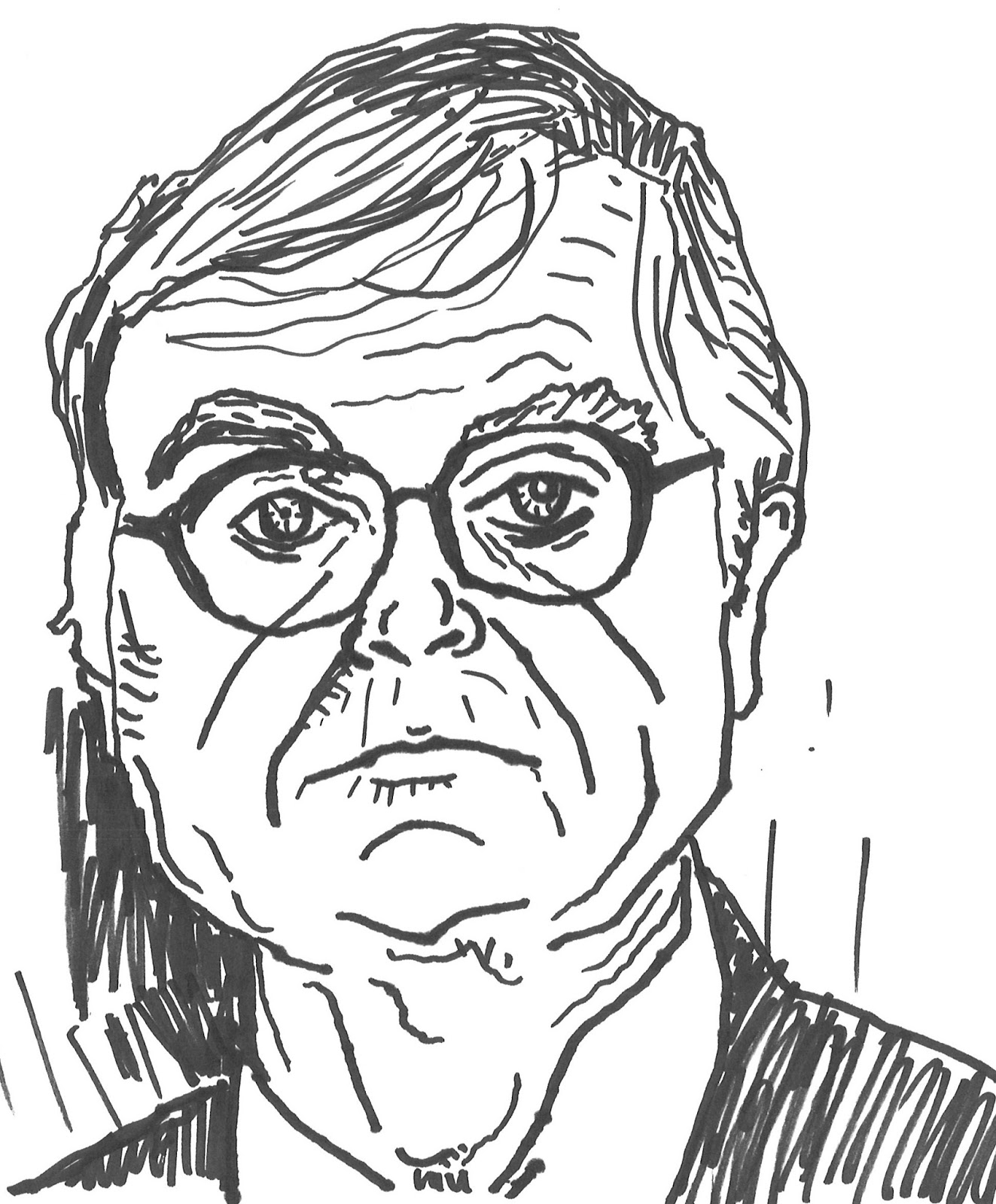 That is a terrible title for this blog post. I think the problem is that I have been lying so much this week, during Famous People at the Library week, that I'm probably losing all perspective. In my defense I gave out the key as to what stories would be true in my introductory Famous People at the Library post (here!). I am very friendly and devoted to regular readers, pretty warm to occasional readers, and, well, too baffled and bitter about the one time readers to do anything but try and make them dizzy.

But either way, Garrison Keillor has never visited me in the Library. Oh, I met him once. He held the door open for my wife and I once at his bookstore (he owns a bookstore!). As he held the door he had just the same polite, slightly pained and awkward smile I would have had doing the same thing. I grinned sympathetically and scooted in.

But this isn't about that story. This is about how a young man, tall and lugubrious, did once come to my Library. And he looked just like Garrison Keillor! But this person was way younger!

For whatever reason, maybe even because it was true, who knows, I think I was working with Jim at the time. Jim is in a line of people who have left me here at the Library and broken my heart an ever so teensy amount. Fortunately he didn't go far. We still have sushi every once in awhile. Maybe I shouldn't say his actual name though. Is it too late to call him Biff?

Anyway, Biff and I got caught up in registering the Garrison Keillor looking young man into our system. It's not a two person job, but there we were. And the kid gives us ID and his last name was Keillor! I like to think his first name was Harrison, but, though I can't remember his first name, I think it's safe to say it was not Harrison.

Which brings us back around to the title, which I can now reveal should be:

Garrison Keillor's Nephew at the Library

And though it is a bit thin as far as famous people anecdotes go, in a full week of them I think its low key restfulness allows us to pause and reflect, which might be necessary before we plunge ahead.