Unlike my idea wherein our nation (legally) kills the richest person in the country at the end of every month, today's political idea is not unique to me. This is largely due to the iconic and stirring film Mr. Smith Goes to Washington. The way the filibuster worked in that movie to this day inspires a lot of what people think a filibuster should be, and it has furthermore lightly inspired people other than myself as a solution to the Democrats' current quandary of whether to break some tradition by quashing the filibuster rule, or to keep a filibuster rule that will make it impossible to do any important work for the country despite having control of both the Legislative and Executive branches of government.

But despite there being some light dabbling in supporting this cinematic filibuster revision, I don't think it's been taken seriously, or properly understood as exactly the sort revisions that the Democratic party should make. Indeed it is precisely the kind of creative, left favoring solution the Democratic party would make if they were creative and left favoring. Which, it truly pains me to tell you, they are not.

But let's soldier on ahead because we really don't have anything else besides Democrats and don't have anywhere else to go. So let me a little more fully outline, than has been done in the common media landscape, what I am talking about with this Filibuster change, and how it would favor the left, Democrats, virtue, fairness, and hope, all while not breaking with tradition, or opening doors to future, more nefarious majorities. It is safe politically, because anyone can watch Mr. Smith and get the gist of this kind of filibuster's virtues, and also because it eliminates nothing, it only redefines the filibuster into what any common person, in a non partisan way, would think it should have been all along.

I'm going to simplify a lot, frankly too much. But the basic current idea in the Senate with the filibuster is that, in a wide range of legislation, instead of things being decided by a majority vote, any minority Senator can sort of just say "I filibuster!" and it will stop a vote in its tracks. If there aren't 60 votes to break this filibuster then the bill (or whatever is being voted on) is stuck and can't be passed. This functionally creates a situation where votes just become procedures that require a 60 to 40 majority. It is a perversion of the concept of majority rule and a perversion of what the filibuster is there for and how it should be used.

What would these filibuster rules be?

I think we could work that out. I like making rules and so would be glad to try. We could start with the rule that before any vote in the Senate a single Senator can filibuster. At that point they would take the floor and address the Senate continuously on the subject without break.

From there I think modifications would be great. I propose the following, some of them a little complicated. But all of them are designed to make the filibuster never impossible, but always painfully difficult on a personal level.

1. Delays in speaking, or comments unrelated to the issue of the vote, can be issued a demerit, with a number of, for instance, three demerits breaking the filibuster and allowing the vote to go ahead.

2. While only one Senator per vote can be the "filibuster", the more Senators that sign on to this filibuster the more advantages are given to the Senator filibustering. So:

A. No other Senator signing on gives the filibuster Senator one two-hour break per 24 hours.

3. However, here are some very important costs for Senators seconding the filibuster.

A. The first person signed onto the filibuster must fill in speaking during all break time.

4. The main Senator doing the filibuster may refuse any supporting Senators.

5. Any violations in these rules will end the filibuster and allow the vote to go forward uninterrupted.

I can see other rules being required, for instance ones defining how the main filibuster person is chosen if two or more Senators want to do it. It also might be advisable to limit Senators involved in too many short nuisance filibusters. This all is just a kind of starting guideline.

I think this filibuster system favors people fighting the good fight, as I believe people are more ready to suffer for the right thing than they are to suffer for donors, but even if this sadly turns out to be untrue, my filibuster system still allows majority vote to go forward at a time we so badly need it, but it does so with cover on the issue of breaking Senatorial tradition.

It's the best of both worlds. 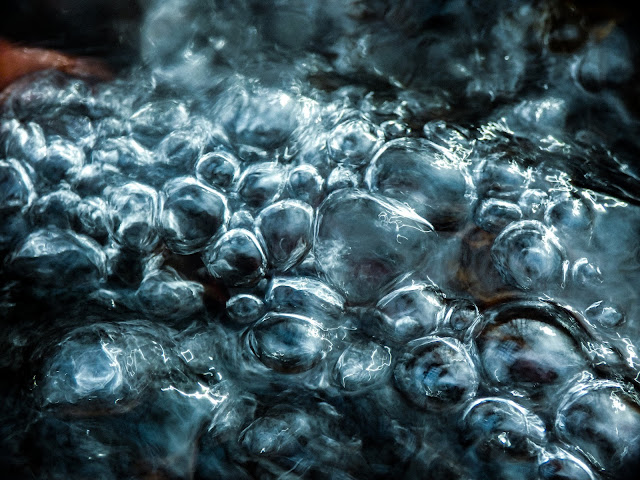