Someone told me a joke at the library just now. Usually this event doesn't make it into clerkmanifesto because of our unreasonably high standards. But this joke was not only not racist nor sexist, but it actually concerned libraries.

I'm actually not sure this has ever happened in the 5,000 jokes I've been told by the public here working at a library for over a quarter of a century. I thought the best way to celebrate would be to share the joke with you.

Also, it was sorta funny.

A man comes into the library and goes up to the librarian's desk. "I would like to see your books on paranoia." He says.

The librarian leans in close and says softly "They're right behind you." 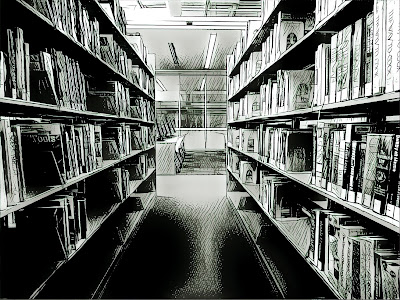