I have a mild fondness for malls. I have rarely gotten outright excited to go to a mall, but I find a disarming pleasure in them. I have even written fondly of The Mall of America here. As intimated in that post I was weaned on Malls. Because in the all encompassing cultural vacuum of 1970's suburban Southern California, there was, standing mighty and alone, the mall.

It had public art!

It had shopping on common, car free boulevards!

Malls in my childhood didn't just prepare me for the absurd, consumerist carnival dystopia/utopia (depending on how rich you were that day and how you were feeling) of America, but curiously it also prepared me for a love of Europe, with its dense commercial areas and public art. I still remember long, translucent strings that ran grandly down from the 50 foot ceiling at Topanga Plaza into some kind of pool display. Beads of what was maybe baby oil ran down the strings and glimmered in the careful lighting. It was a bizarre modern art piece, fascinating. It should be in the MOMA or something, but surely it is now long forgotten by proper art history, or more likely barely recorded in the first place, like some 11th Century church torn down for a better Baroque one in the center of Rome.

Malls are shiny, shabby, grand little half adventures, full of things you mostly don't want until you really really do want them. They're home, weirdly. I went to them loads with my mom, who worked in them, my dad, my friends, and I go there now, most happily of all, with my wife.

Because of the Pandemic I haven't really been to a mall for over a year. But my wife and I having had one shot of the vaccine, and with what the science seems to say is about 80 percent effectiveness at this point, we popped over to a couple of malls, including the Mall of America, to take care of some business.

It was alarmingly crowded.

The pandemic is not over yet folks!

Although we were there, so who am I to talk.

Maybe everyone was vaccinated?

Because I have a dozen cameras with me at all times now, and plenty of tricks up my sleeve, I tried to capture a little of the magic of the malls.

Here's what I managed:

The Mall of America: 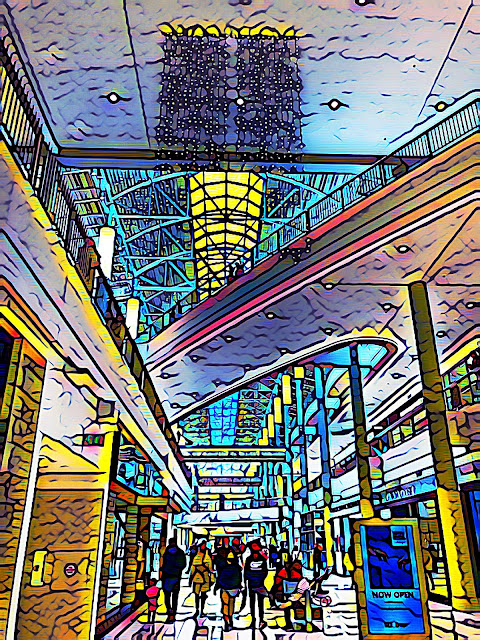 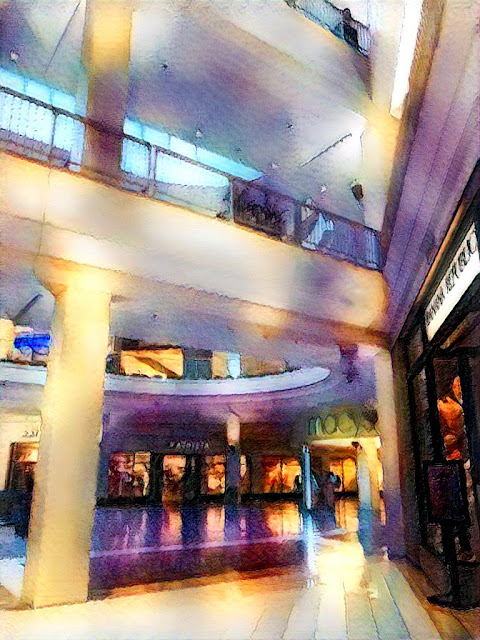 Scene from a shop: 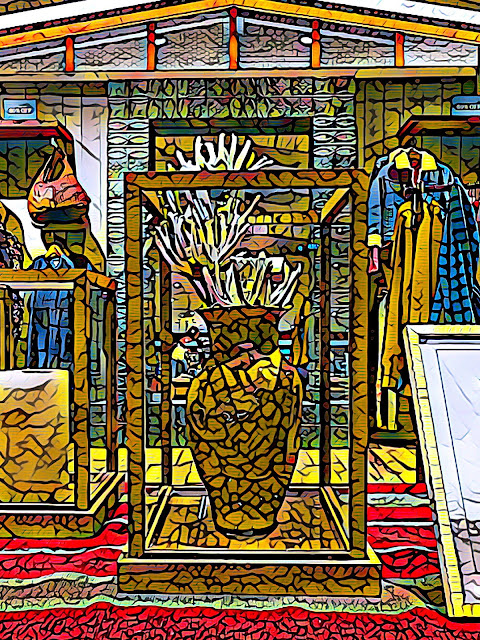 An impressive entrance rotunda installation at the Mall of America: 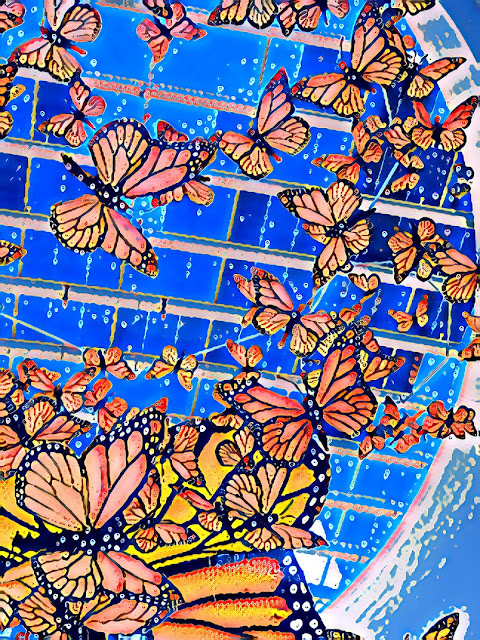 And if that's all too colorful for you here is a picture of a shop display that curiously makes me think of M.C. Escher: 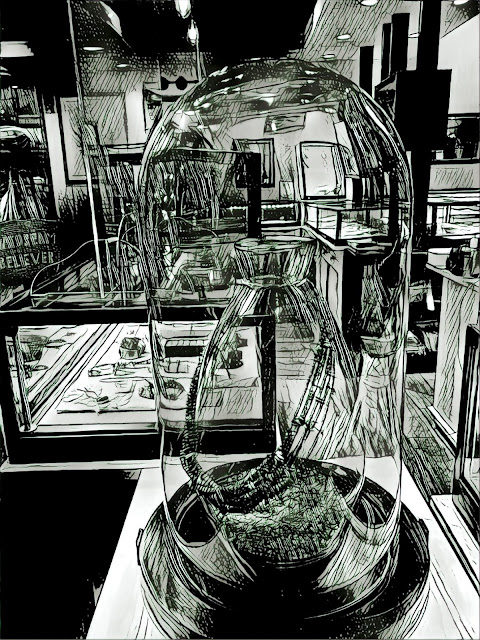