These are the houses in my neighborhood

Houses have always cast a spell on me; the lonely lights of them glowing in the night while driving cross the country, the intimate humanity of their architecture, all that wild dream of cozy domesticity.

It's raining here today. Neil young is playing on the old fashioned stereo through our apartment. The grand city is wrapped in a fog. The day is ours. I have, right now, all the cozy domesticity that houses promise. Everything is different from the inside than it is from the outside.

I have made a few attempts to capture something I feel about houses in my photographs. I would describe myself as singularly unsuccessful. I usually take a few shots and move on to flowers and squirrels and gutters, things I can work with.

But I keep coming back.

Lately I have made another attempt, employing a fair amount of after-effects. They are not

It's getting there even if it's not there yet. I'm not entirely sure what I'm going for. Maybe something between Van Gogh's Church at Auvers 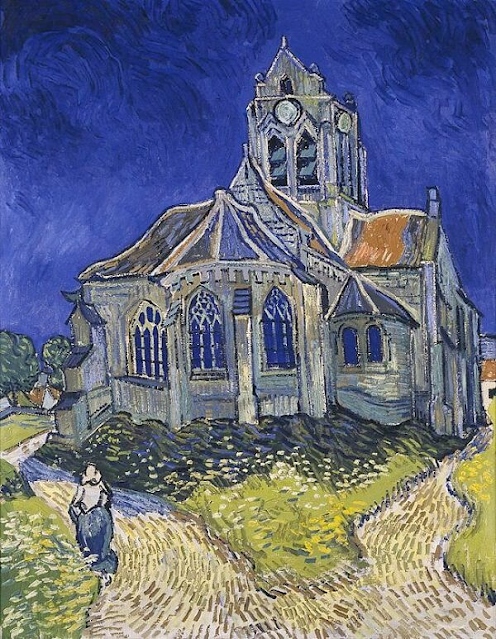 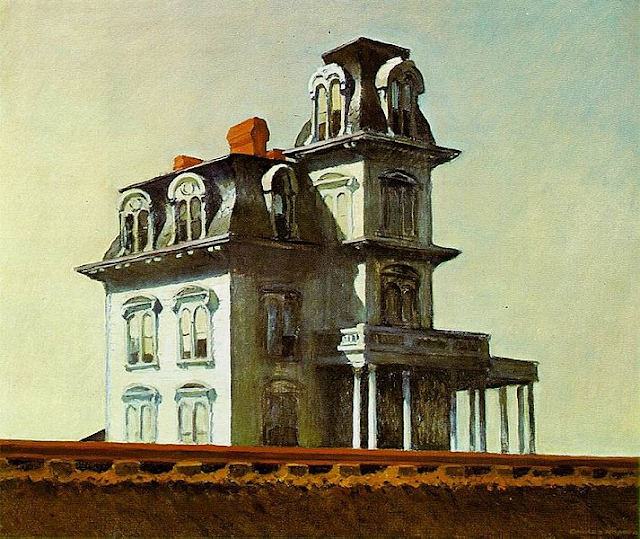 And probably the beach house in the movie Julia 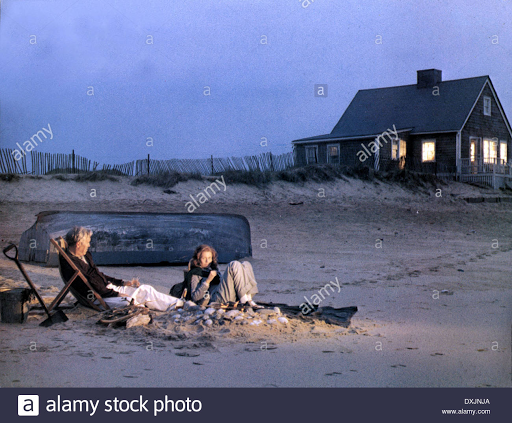 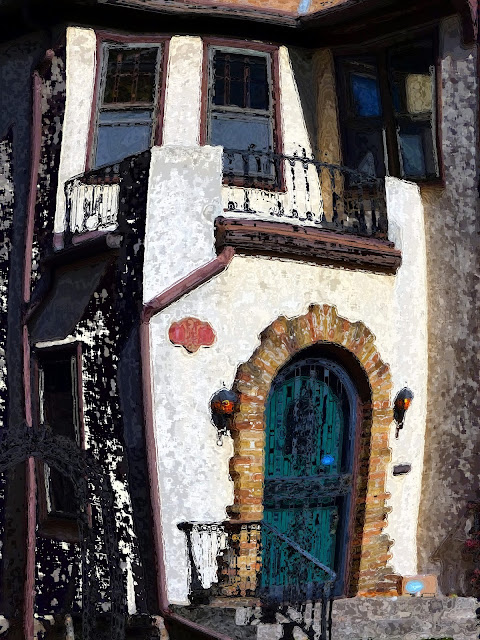 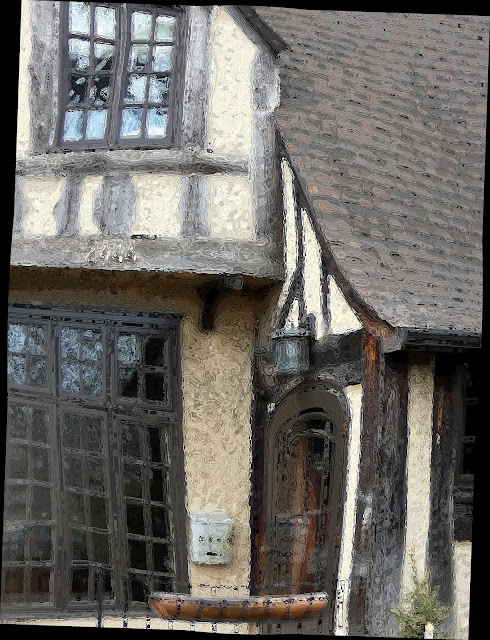 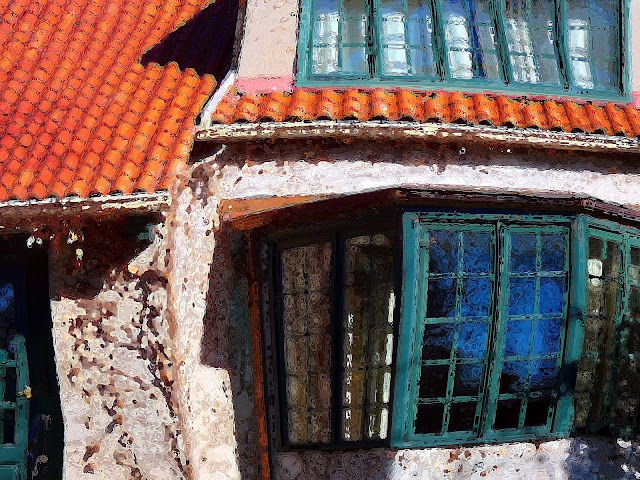 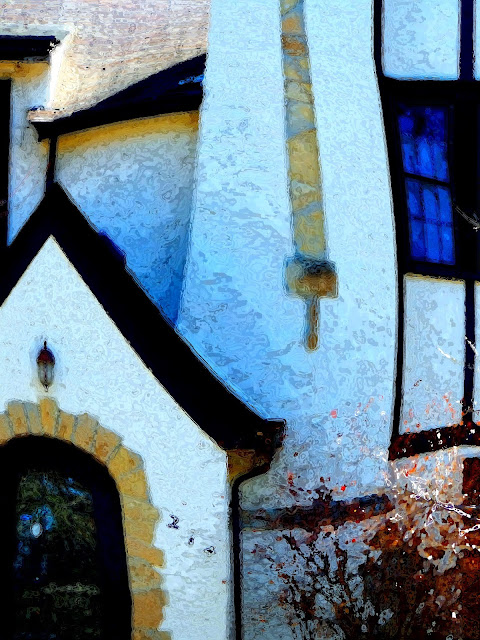 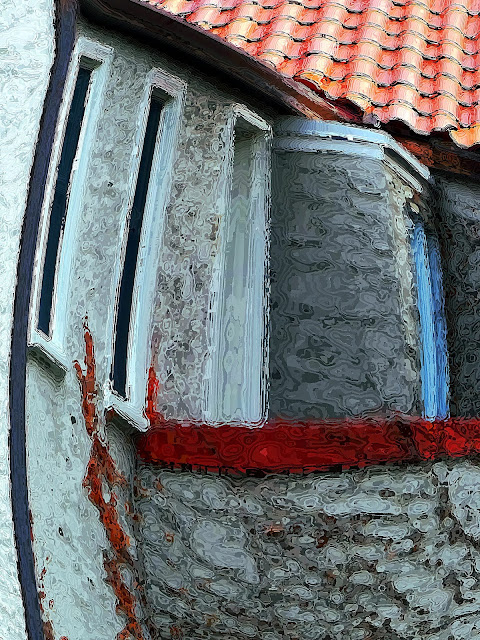 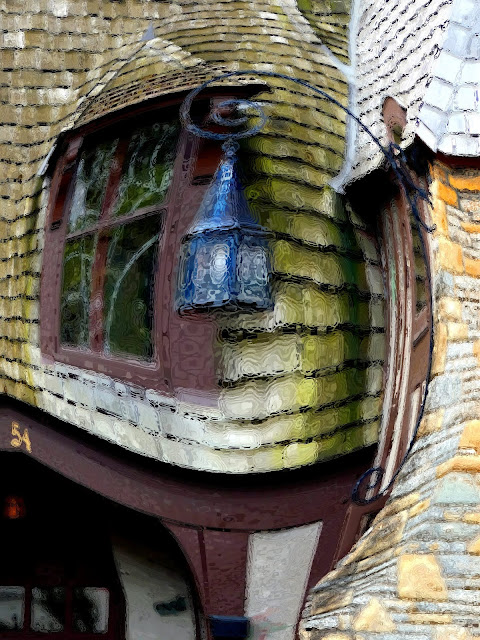 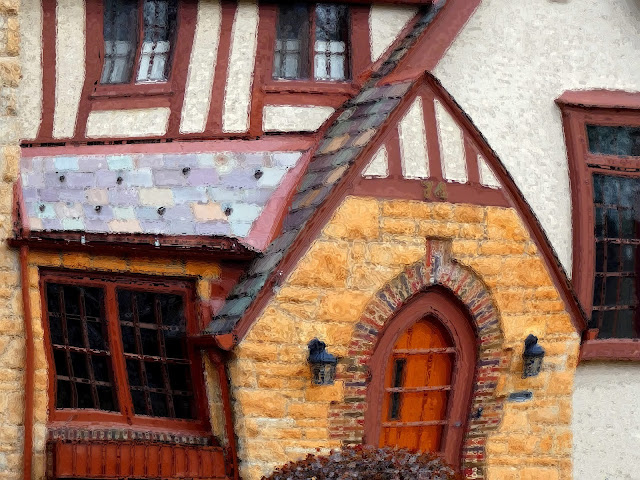 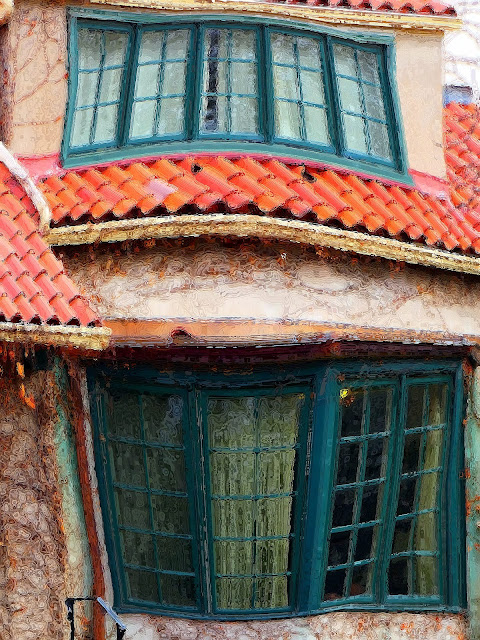 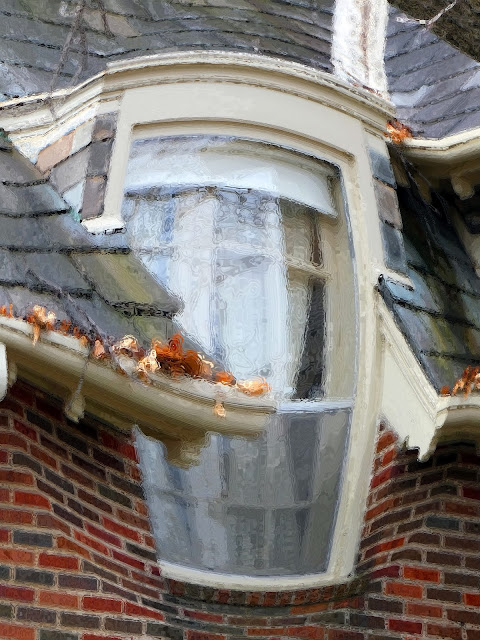 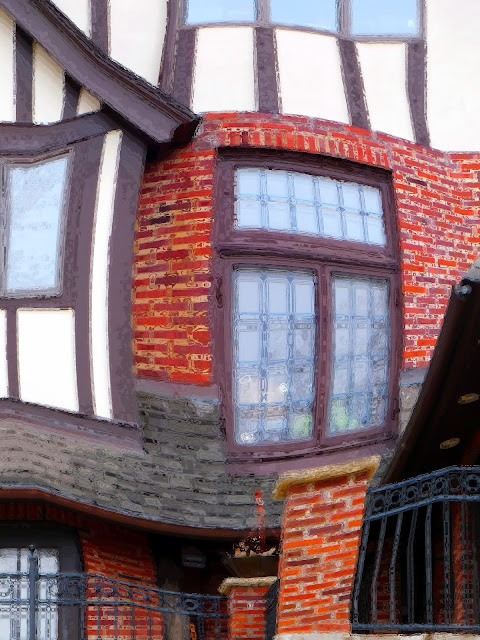 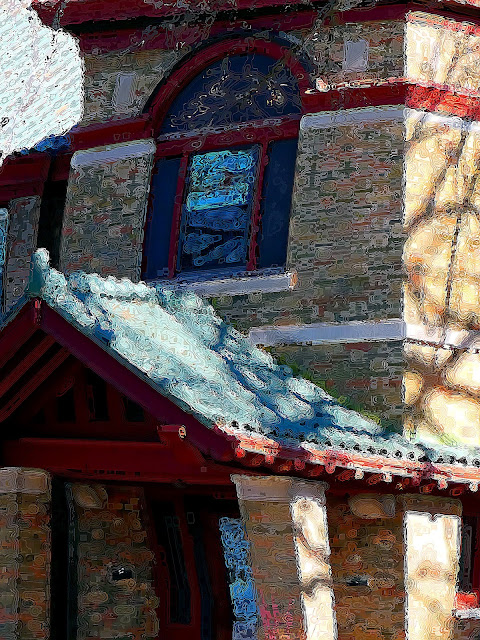 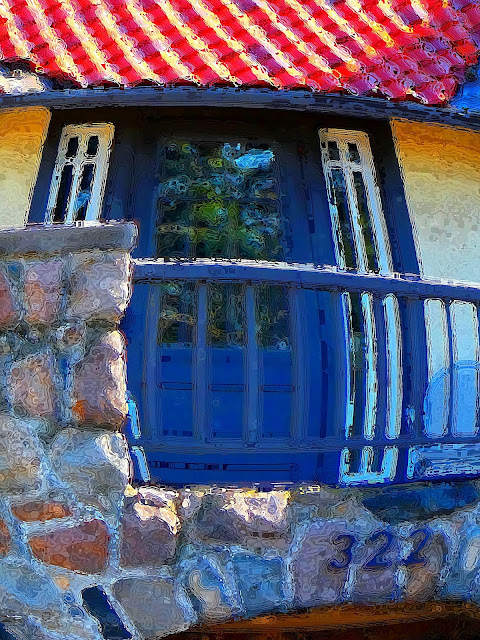