Upon the murder of George Floyd

In what is nearly a year after the murder of George Floyd and its resulting protests and riots, I carried in the staging area of this blog a series of unpublished photographs. I happened to have at that time a bird's eye view of a militarized police force, joined later by an oddly demilitarized National Guard, massing to face the protesters.

The reason I didn't show these pictures before is because they seemed too specific, and too random. They didn't give enough of the surreal quality of what I saw.

Now, on the very day the jury goes into sequestration in judgement of George Floyd's murderer, I would like to show you some of these photos. I found that with the various editing tools and skills and, let's face it, gimmicks, that I have cobbled together I do have a way to show you at least a little of what those nights felt like; a city wrapped in an eerie pandemic,  and a horrifying filmed murder by a police officer unleashing a scream for justice across the World.

Not that it's particularly been heeded yet.

And so knowing that in a few days I could be seeing scenes like this again, and that as I write they are taking place in other parts of Saint Minneapolis due to the murder of Daunte Wright, I offer a few photographs. Once they were strange, glowy, but relatively clear shots of military police battalions and emergency riot vehicles. Now it all leans more into its spectral qualities, to me full of robots and zombies and ghouls, all faceless, comical and horrifying, and oozing with the colors orange, yellow, red, and a sinister blue. 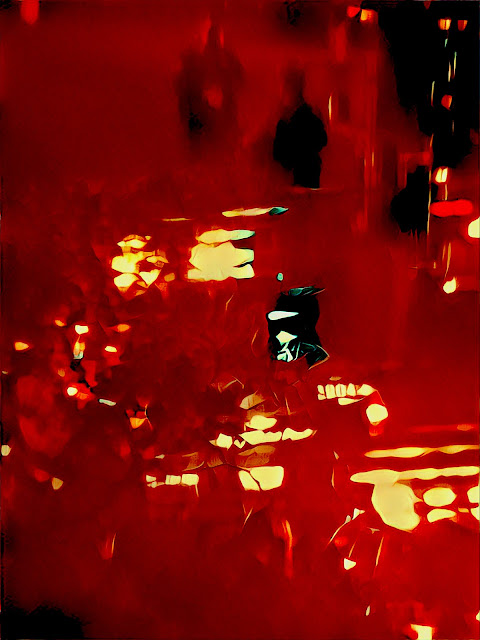 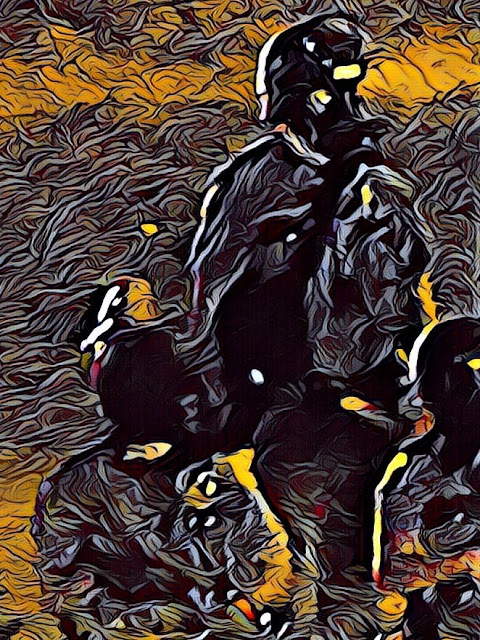 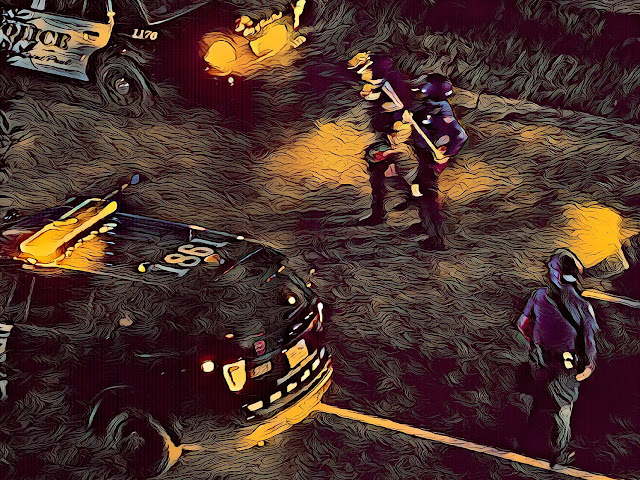 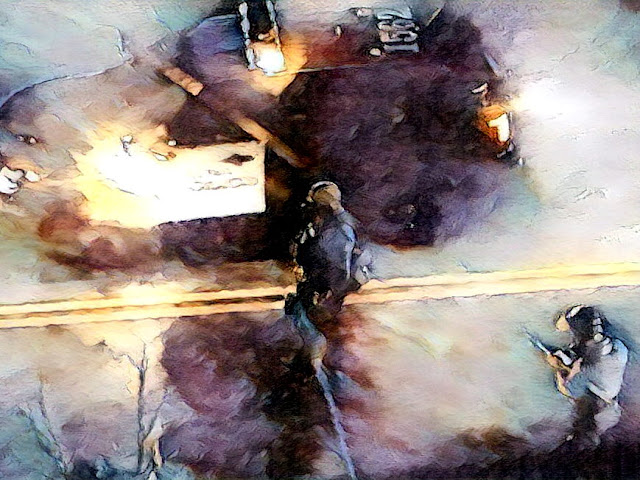 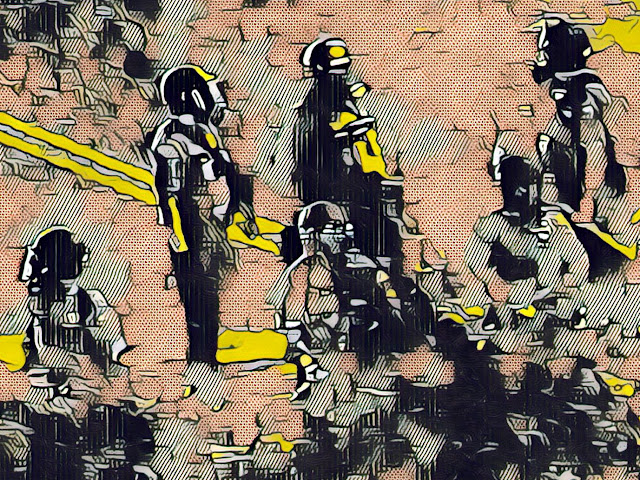 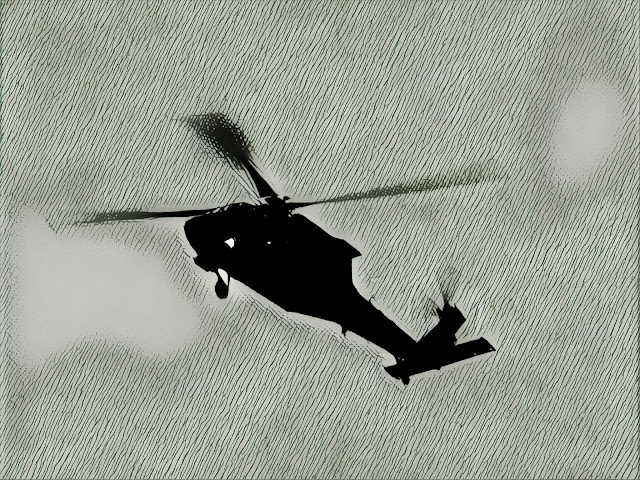 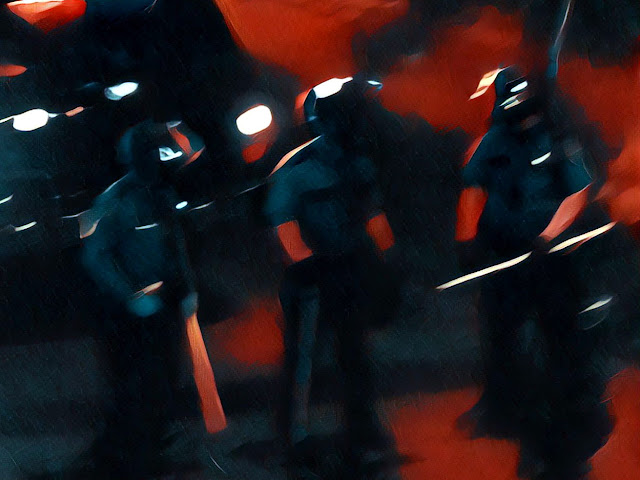 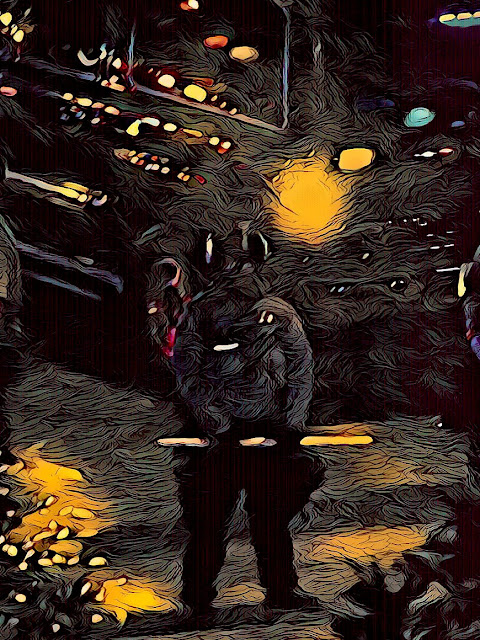 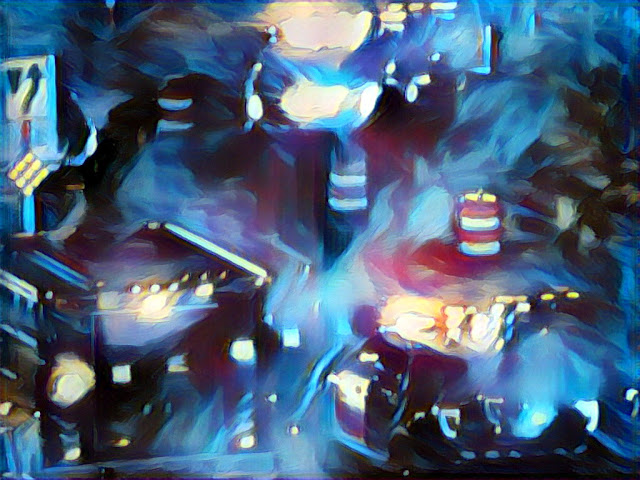 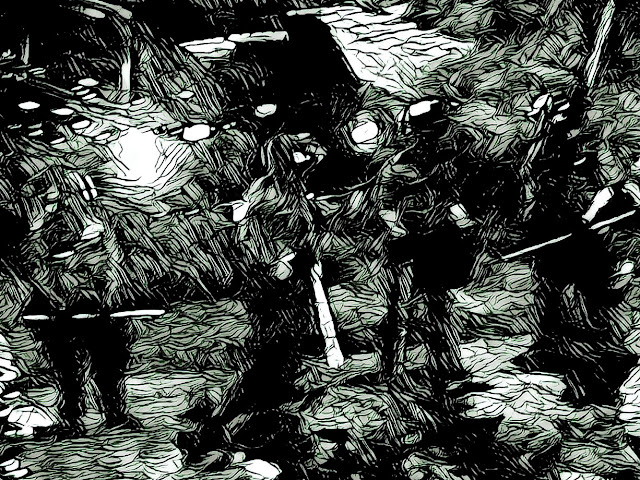 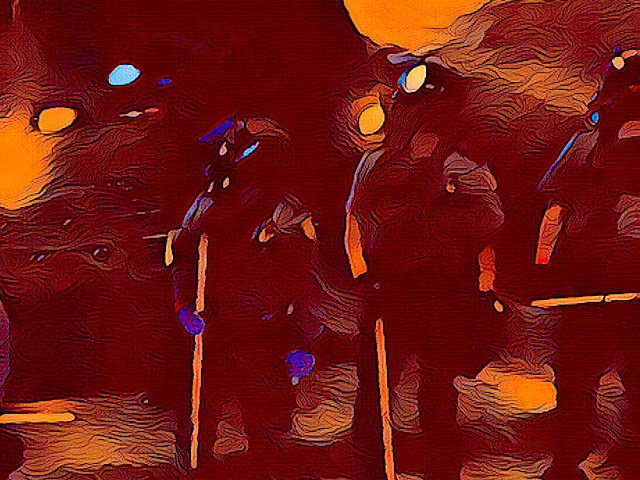 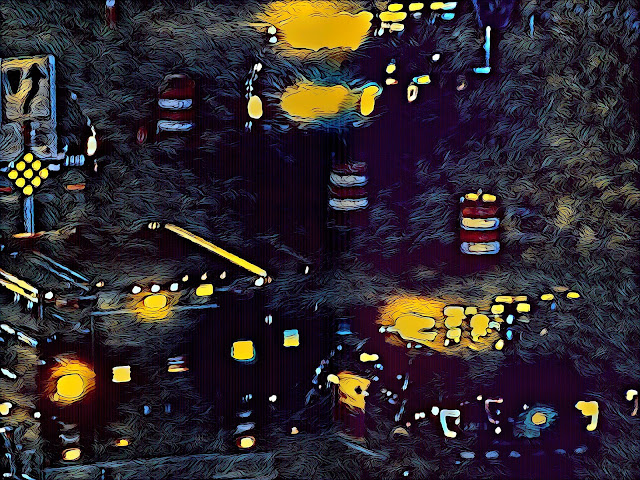 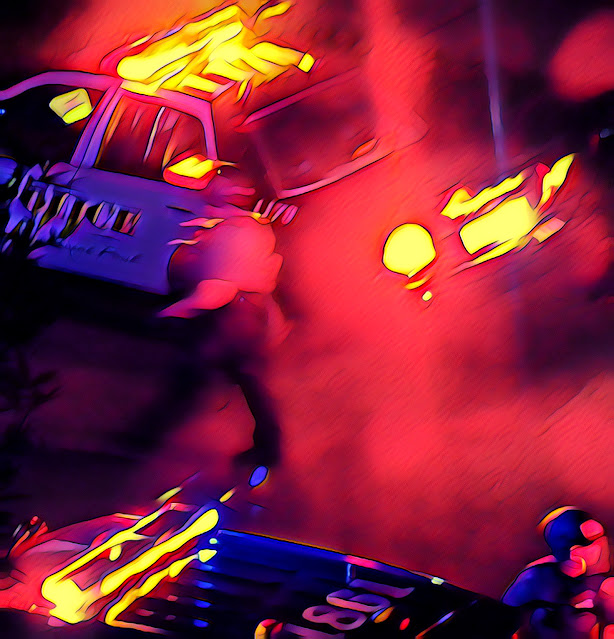 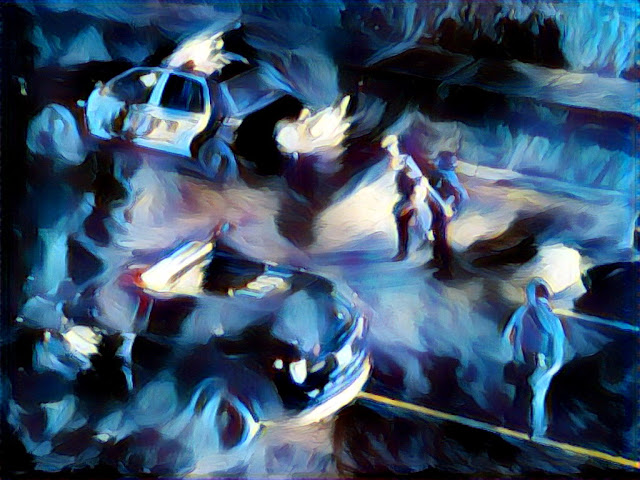 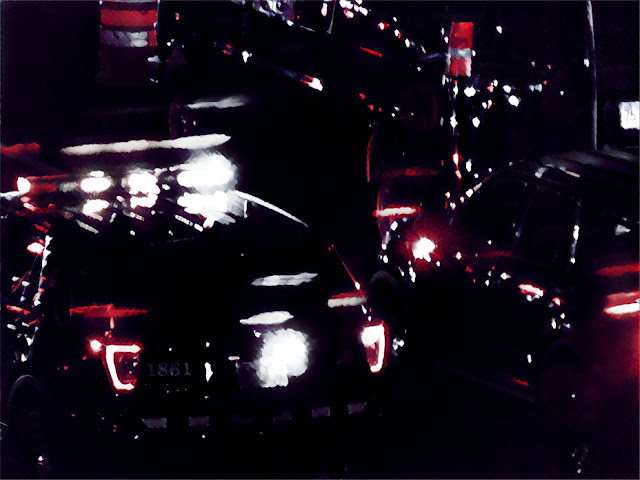 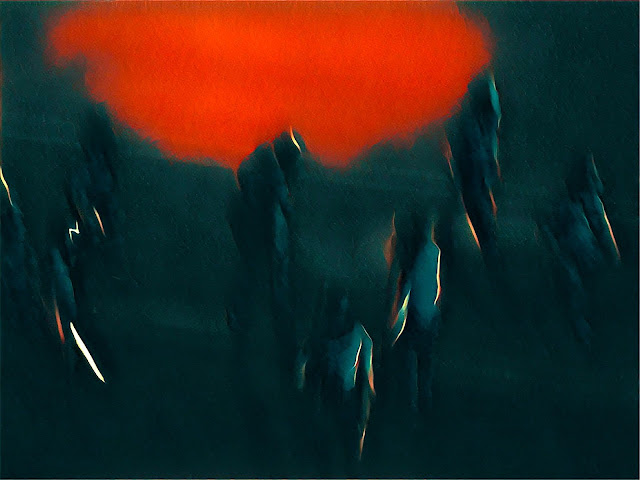