Chapter 16: With Loot, Back to Wilderness

Chapter 16: With Loot, Back to Wilderness
Oliver and I fled the town of Picog like fugitives. This was a reflection of the wary attention the town held towards us; two profoundly scruffy kids with large, battered backpacks. I felt suspicious eyes on us the whole time we were in town. And I felt homeless and vulnerable there, a feeling that gloriously faded with each step we took away from the village.
If they could only have seen our pool toy and root vegetables they would have known how pure our hearts were.
I don't think Oliver shared my feelings, or noticed any of the wary stares of Picog, as his reflective comments all tended to be like "Did you see how many flavors of Doritos they had?!!"
"Um. Let's see." I answered, and began ostentatiously reading off the bags tied to his pack, "Taco, Nacho Cheese, Ranch, Radish. Holy shit! There's a Radish Doritos?" I asked. "This can't be!"
"I know. So cool." Oliver chuckled. "Check out the carrot flavor under it. I can't wait to try it."
I literally rubbed my eyes to try to get them to work properly. They were stuck.
We went as far as we could bear and yet feel like we were safely lost in the rangeland beyond civilization, and there we made camp. We ate ourselves nearly ill on assorted junk food, eating an entire box of Lucky Charms to use up our quart of milk that would only be good that day. For dessert we ate Kit Kats and, of course, Doritos. The radish ones were disgusting, but the carrot ones were strangely delicious. I might have liked them even more than Oliver did. He felt they could have been more carroty.
The next section of the Agua Fria Trail was possibly its most famous. It was also, due to its wildness, the longest distance between resupply points. In my planning I had allowed for 26 days to travel the distance between Picog and Kohlrabi. Kohlrabi was a proper tourist town, the gateway to three National Parks, and absolutely certain to have pizza. So we had something to aim for. But first we had to pass through some of the most spectacular canyon wilderness on the planet.
Unfortunately to get to the most spectacular canyon wilderness we had at least another three days of skirting civilization. We even had two more stretches along County roads. On the plus side this kind of hiking was pretty straight forward and a good way to get a lot of miles under our shoelaces. And much of it was still pretty. We went through an old ghost town with lonesome washed out store fronts. We met several cows and once even a very nice farmer who we talked with for awhile. He was very interested in our long hike, and as I told him about it I didn't feel entirely like a liar when I spoke confidently of sticking with it. Maybe I would do the whole thing after all. My feelings about that seemed to change every day.
My journals from these days show a curious plenitude of animals we saw in this half wild country. We saw hawks, vultures, snakes, deer, a skunk, rabbits (of course), three coyotes all at once, and a huge, fantastic tortoise. Oliver was weird about the tortoise. "Don't talk to the tortoise." He said, pulling me away from it.
Okay.
Often when I think of Oliver I think of this time, and how, having supper in the evening one of us would usually manage to pull out some secreted surprise delicacy we got on the sly in town. It was usually like a candy bar, or a pop tart, or something, but once Oliver pulled out a handful of beautiful looking plump mushrooms.
"Where on earth did you get those?" I asked.
"Remember that farmer we talked to? He passed them onto me." Oliver said grinning, borrowing a scene from The Lord of the Rings again.
"Okay Sam." I said.
But mushrooms are mushrooms, and we even still had some butter from town. When we fried them in it, with wild sage and wild garlic, those mushrooms, wherever they came from, were incredible. 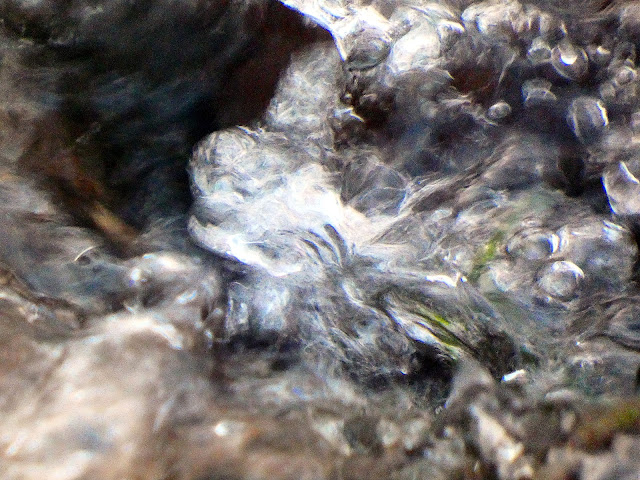