The last full day of our hike, before hitting the town of Kohlrabi, was 22 miles through the woods. And though these weren't the first woods of the Agua Fria Trail, they were the first gothic woods- the first mysterious and ancient woods. The other woods that we had traveled sometimes long miles in were lovely, but they were dry and neat. Needles and sparse plants covered the ground. They transitioned up from high, clean desert and then neatly back down. The air in these woods was sweet and thin. Everything smelled of pine, a refreshing smell people have bottled and sold for decades. The paths were clear and bold, open and steady.

This ancient wood we now found ourselves in was dark. Its smell was rich and without translation, a brew of moss and maple syrup and mushrooms and dead things. The forest floor was heaped and wet, slimy and bursting with death and flowers and color and predatory plants oozing bait. Life and death teemed, or teamed, or both. We no longer roamed a planet here, we moved through the very guts of a single, complex, living thing.

It was the first place I don't think Oliver liked.

In the morning we walked waving sticks in front of us to break the mass of spider webs woven across the trail. Sometimes there were such prodigious Globe Spiders, sitting in their giant webs, that we could not bear to knock them down and clambered instead through ferns and slimy mosses and dead, tangled trees to circumnavigate them. I led at all times, which was unusual, and though there were no big climbs, all the mud and careful footing required seemed to foil Oliver, who, for the first time ever, I found myself regularly waiting for.

With all the richness of this forest I felt sure the pathetic last dregs of our rations would be padded out by some fabulous, foraged mushroom stew of Oliver's, but in the evening, when we made camp, he had no interest in poking about. We nibbled carefully the last bits of all our food, meager as it was, down to a small square of extremely hard parmesan cheese that we carefully split. We would now have nothing but water until Kohlrabi in 10 or 15 miles.

I lit a large fire, our first in at least a month. It was hard to get going due to the damp in everything, but once we got it going it made quick use of our vast fuel as we piled it on. The fire seemed to bring back some life to Oliver. He smiled weakly once again, and talked a little. When I saw him out of the corner of my eye though he seemed almost transparent. Once, coming back to the fire with yet more wood, I thought he had wandered away until I nearly was right upon him. He warmed himself at the flames that I could almost see through him. The more I burned the more Oliver seemed to come to life and we soon had a massive bonfire. It was reckless and thrilling, but not really dangerous in the green and damp forest.

The next morning we woke early and Oliver seemed to be in better spirits. I was in an especially good mood for reasons I didn't understand. We were both hungry and eager to be on our way. That day I saw my first Goldenflower tree, the tallest trees in the world. Here on the fringes of their domain they were not particularly tall, but their elegance was unmistakable and some of them were beginning to flower. These were small and dense, and actually not technically flowers, and among the unusually dark foliage of the trees the golden clusters seemed to glow like stars in the night.

Soon the trail, now an offshoot of the Agua Fria, took us down and out of the deep woods and gradually into civilization. We crossed into the city of Kohlrabi on Paradise Street, and took that street down the hill to Main Street, which was bustling. Looking left and right we could see at least three pizza places for sure.

We both grinned. "I'm not really hungry, are you?" I asked.

"No." Replied Oliver calmly. "But we should probably get one pizza at each of those places so that we will know where we should go if we do get hungry." 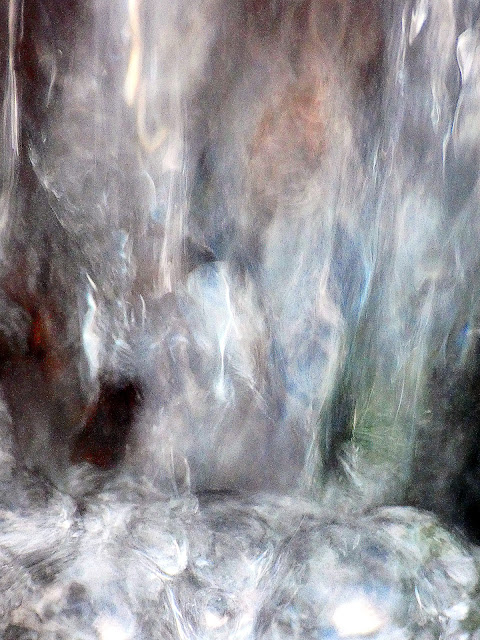