Kohlrabi was a tourist town, a gateway to the outdoors. And with Summer just rearing its mighty head it was hopping with visitors. After spending months in the wilderness this was strange and disorienting. People seemed cartoonish, like caricatures of themselves. To this day I feel this is the honest view of people in general, but no one can naturally hold on to a view like that. From that clear view one won't be able to interact with other people. The common presence and every interaction will serve to generalize one in the world. The sharp lines of a person's individuality dissolve as if in an slow acid. We are made permeable of, for, and to society. The world will make a person relentlessly more common on one hand, but on the other hand solitude works like a corrosive base to tear at your organizing structures and leave you mad. And so at first Oliver and I struggled to be intelligible to others, fast enough, simple enough, less stupefied by all the lunacy. But the world quickly and efficiently pushed us along and tenderized us. And soon the waitress was bringing pizza.

And by the third pizza place we were much more acclimated to civilization. We got a large olive and onion pizza. We were full and satisfied already, but neither of us wanted this dream of luxury to end. Fortunately I think the third pizza was by far the best one. It was already mid afternoon, and we worked slowly away at the slices. We clung to our idyll.

Somewhere in the midst of this I noticed a disquieting presence.

Had it been there all along, or was it just that now that I was aware of it it was impossible to look away?

In the darkest corner of the pizza parlor sat a woman. She seemed disfigured in some way that I couldn't put my finger on. Her face didn't seem quite right, especially her mouth and the shape of her head. Her skin was shiny and lacked pigmentation in some subtle, unsettling way. She was much older than Oliver and I, maybe in her forties? She sat extraordinarily still, perching over a plate of what I think was just a bunch of lightly broiled pepperoni. She only seemed to move when I looked away.

"That woman over there is kind of freaking me out." I said to Oliver.

"Be nice to spiders?" Oliver said in a sheepish sort of way.

I looked over and thought she looked back, but I couldn't tell exactly behind her large mirrored glasses. Wait, was she wearing glasses? I nodded weakly towards her.

She raised an extra arm from somewhere, separate possibly from the ones on her table. Was there a glove on it or no hand at all? She then slightly waved it at, maybe, me.

"You'll be fine." Oliver said, and I was not reassured. 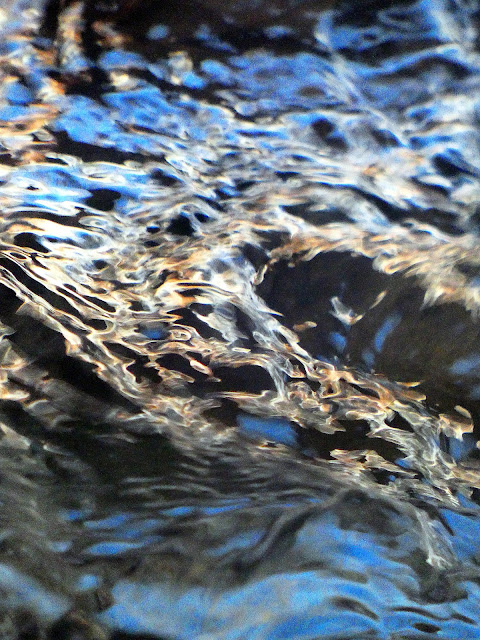