One day at the co-op grocery store my wife and I shop at, I looked in the remainder bin where you can sometimes find cheap produce. Instead of old tomatoes there was a group of tired daffodils. These flowers were already half blooming and kind of dried out. Their stalks were wrapped up in a rubber band like a bunch of green onions. Feeling a bit like Charlie Brown with his Christmas Tree, I thought maybe I should take these home and put them in some water.

Returned from the co-op, I put the daffodils in an empty brown gin bottle with a narrow neck and a picture of a monkey on the front. The stalks were squeezed in tightly, but the flowers, half dried and half blooming, looked agreeably sunny for several days.

Then they started flopping over.

When I couldn't take the demise any longer, I took the flowers out of the jar. I pulled all the dried flowers off their stalks. I threw the stalks away. And I piled the flowers on our chest of drawers.

There were ten of them.

Then I arranged them all in a row.

Then I took their pictures.

Which is where we are now... 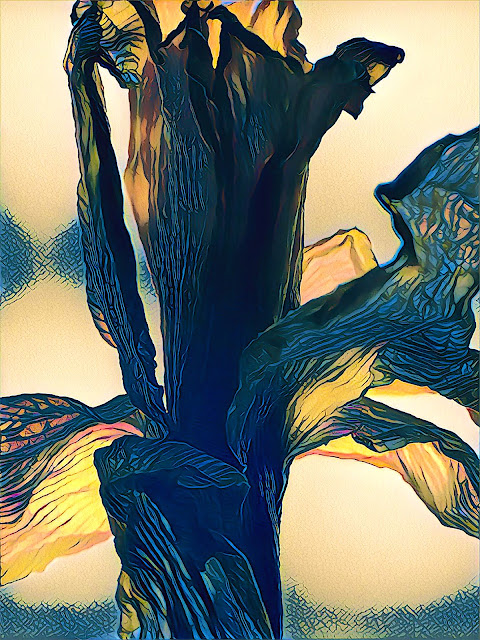 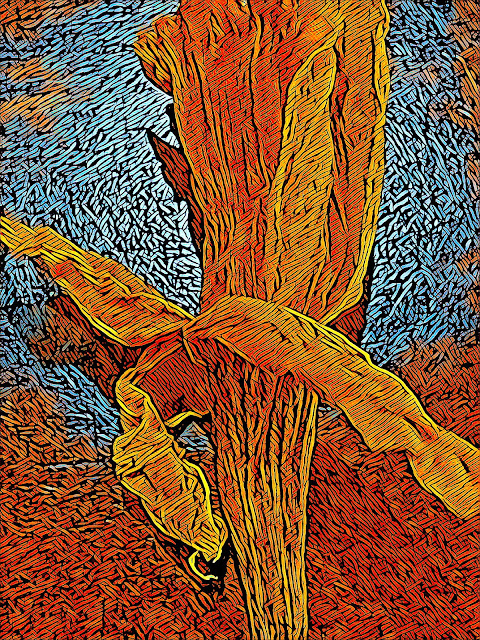 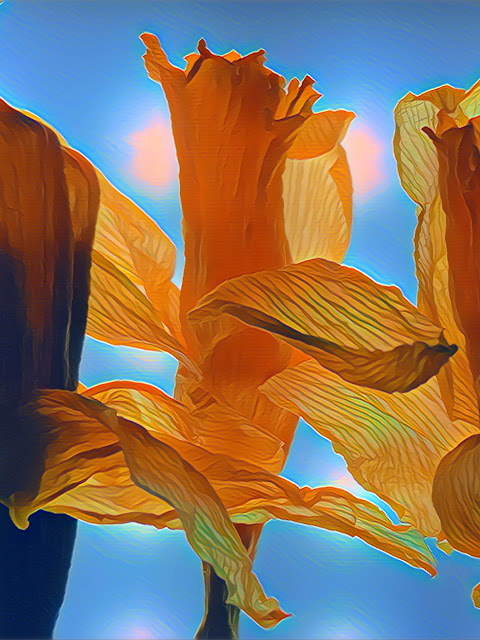 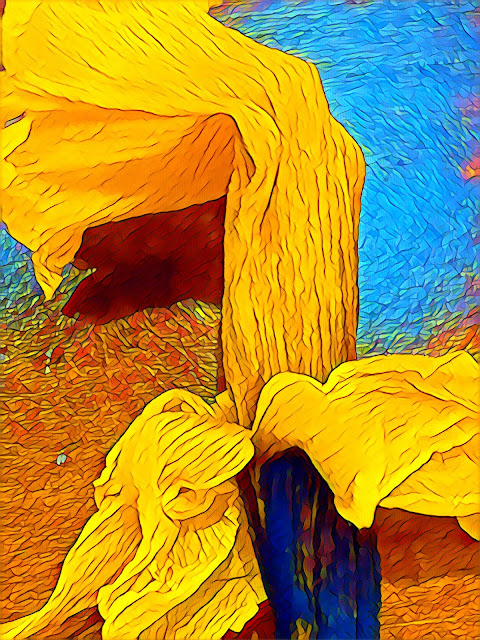 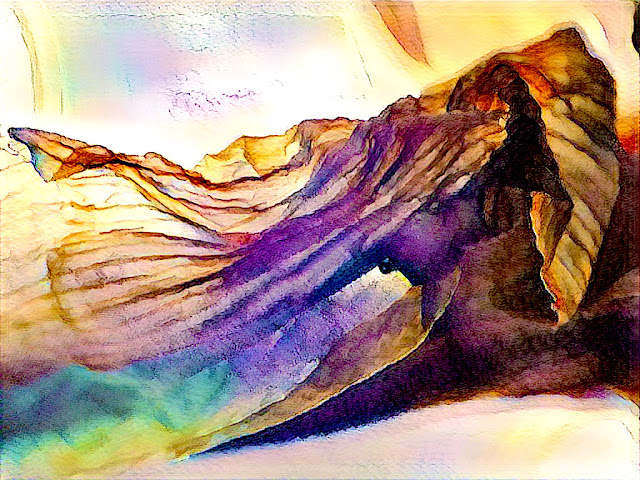 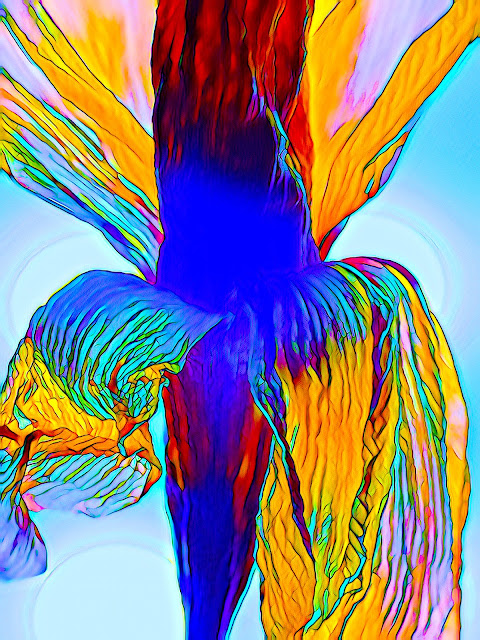 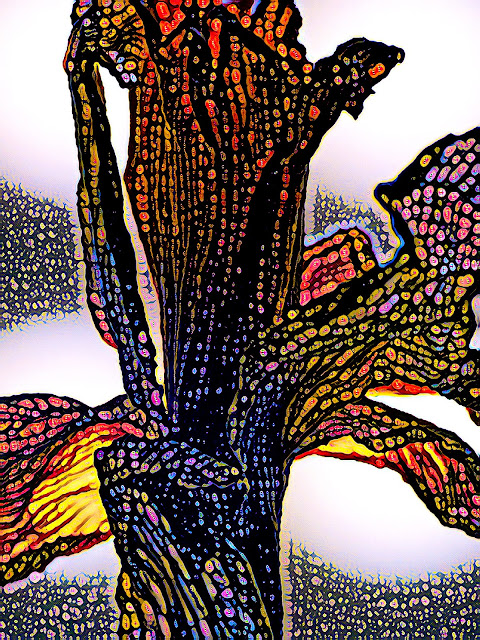 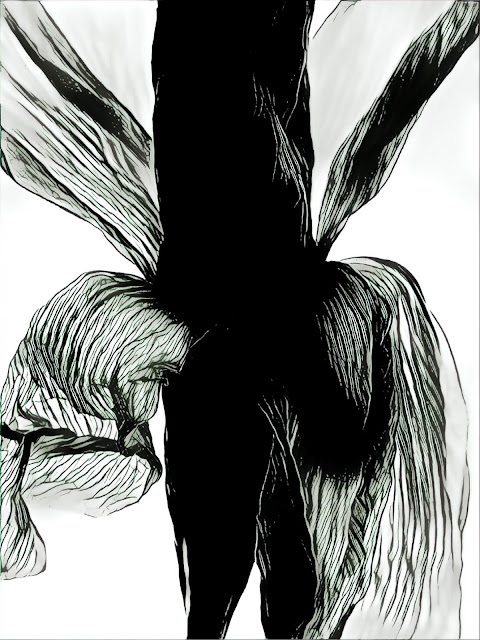 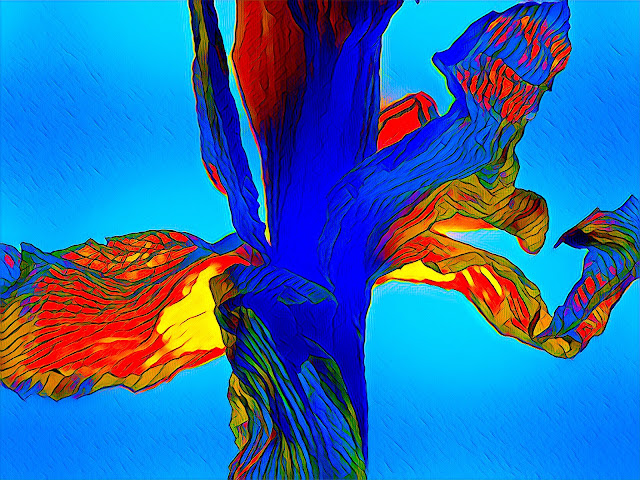 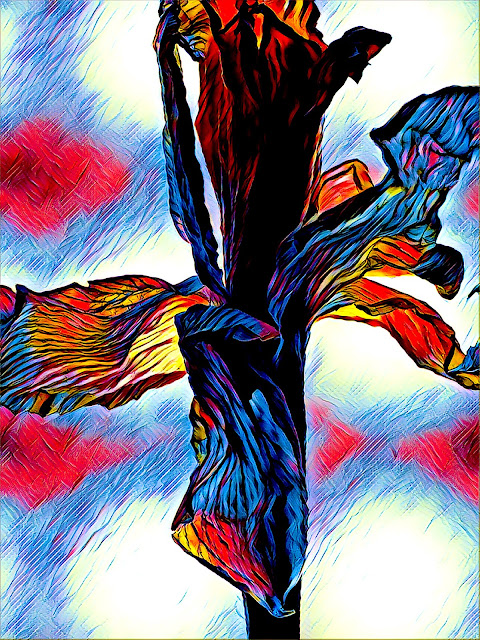 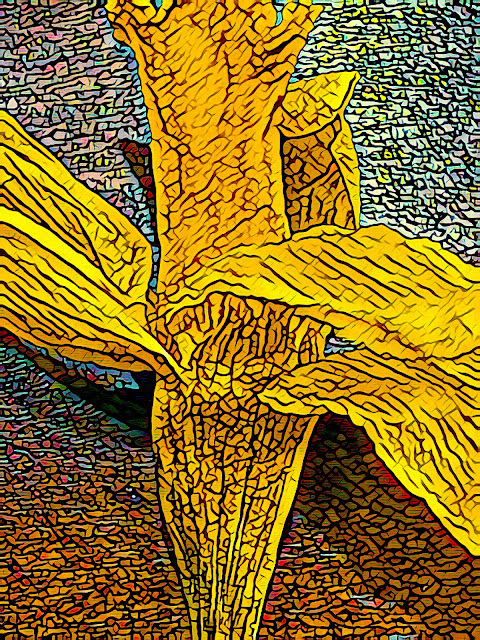 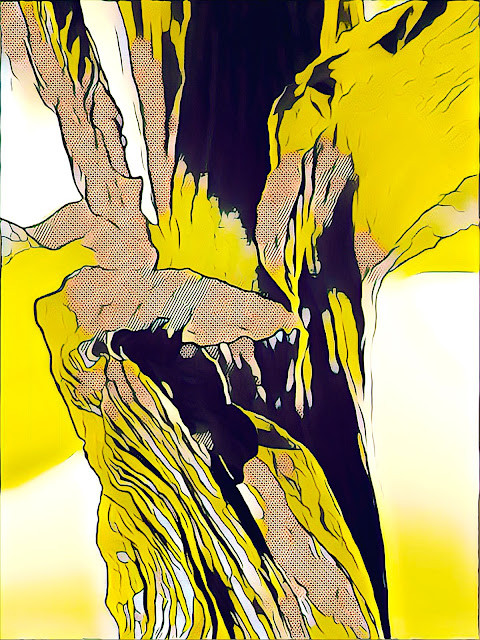 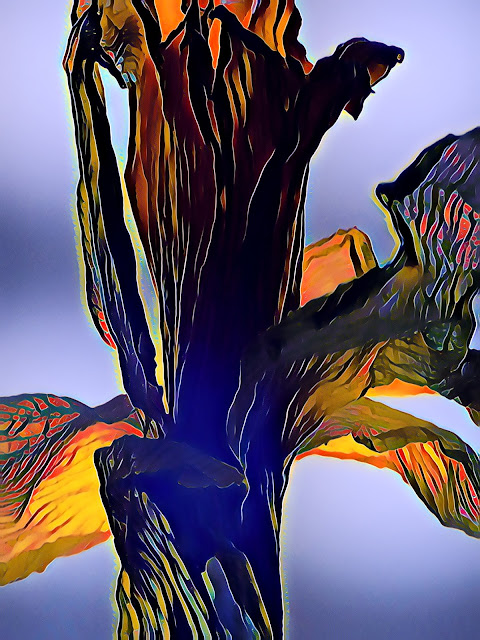 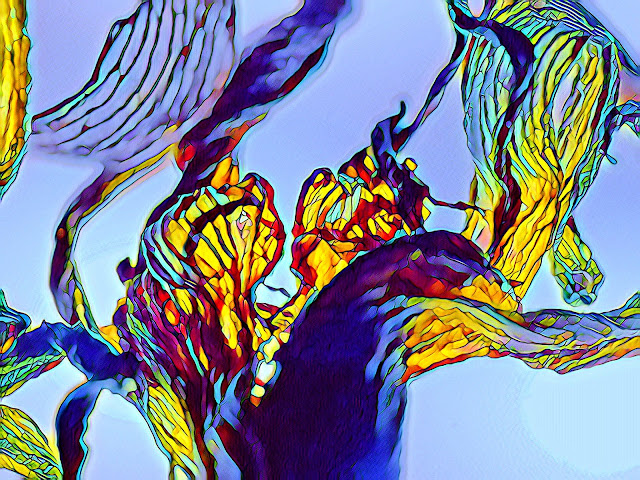