Halloween in the Library

This picture below took an unreasonably long time to make, but it may be just the first of a few days of Halloween pictures. As a little bonus for you I'll add in a post from four years ago, nearly to the day (though not quite), that just happens to have had pretty much the same title as this one! 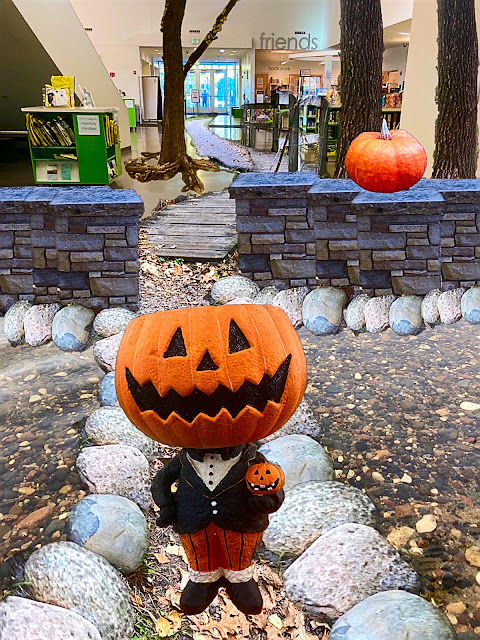 Though I normally worked on the night of this past Halloween Eve I elected to take a few hours vacation time to go home and hand out candy with my wife. While I was still at work I remembered I had some really nice scar and wound tattoos and so put a brutal looking gash on my forehead. It's just realistic enough that it caused people at the library to look at me with alarm for about two or three seconds until it kicked in that
1. I'm me, and
2. It's Halloween
At which point their interest significantly lessened. Later, handing out candy, some sophisticated third grader said "I like your cut." I found this very satisfying.
When 4:30 came around it was time for me to leave the library, and I was happy to do it, ever preferring to be with my wife. Nevertheless I was suddenly aware that I was going home to do much the same thing I would have been doing if I stayed at the library: Ritually hand out free things to dazed, oddly dressed people.