Just one more long day working at the library and then I get a few days off, which there is a good chance I will spend making photograph after photograph, maybe like this one, maybe not: 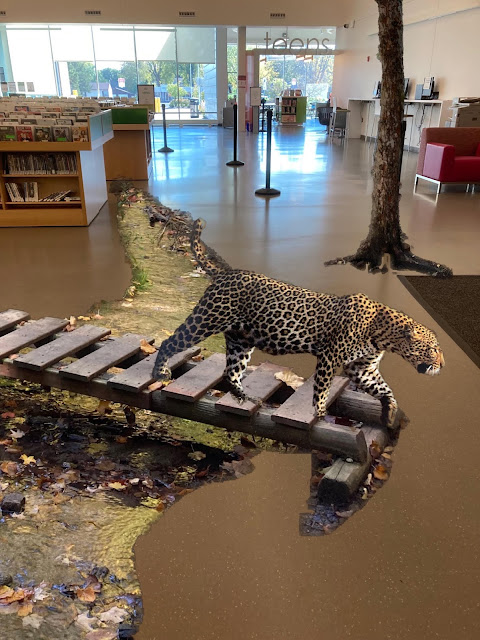 Anyway, as I gazed out from my perch at the front desk of the library I decided I needed something to play with.

I settled on a running joke.

A running joke is something that is a bit silly, and not actually that funny, but is sometimes able to take on some qualities of humor through sheer repetition.

We were having an active, modestly large event in the Community Room, one of our first since we slowly started opening up that room. So I said to my desk partner:

"The pandemic must officially be over if we're having a program in the community room!"

Then an industrious librarian named Chaz went hurrying over to the community room on an urgent mission.

"Wow." I said. "If Chaz is racing around the library again on nameless errands the pandemic must officially be over!"

My desk partner laughed a little.

About 15 minutes later a young man came in carrying a goldfish in a tied up plastic bag. So I said to my desk partner "If goldfish are returning to the library the pandemic must officially be over!"

My desk partner gave me a tolerant smile as my running joke, having come as far as it could, gasped for air, completely spent.