Eight Views of The Taj Mahal

Something about the question of plagiarism in art interests me. Since all art is built on art that came before it there is a kind of continuum between wholly original work, which can't entirely exist, and pure copies where someone takes credit for something they had no part in making. Where one draws the line on something inching along that scale, and calls it plagiarism, is some delicate work. The courts regularly hash it out in music, and I'm sure it can be upsetting for the artists involved.

Sort of? But maybe only because it lacks a personal inspiration.

That's why I like to use the limits of AI to force an inspiration into it. I tell the AI to create an image out of an image that is already in itself the image I am asking for. The AI does not quite know how to be still. I steal someone else's image, like these of the Taj Mahal, which, arguably is at least a small theft of the art of the Taj Mahal to begin with, and I tell the AI to make them into pictures of the Taj Mahal. Then from there I fix them with filters and warps and tricks and qualities I want to bring out of them.

I try to end up with pictures trying to be plagiarism, but failing at it. 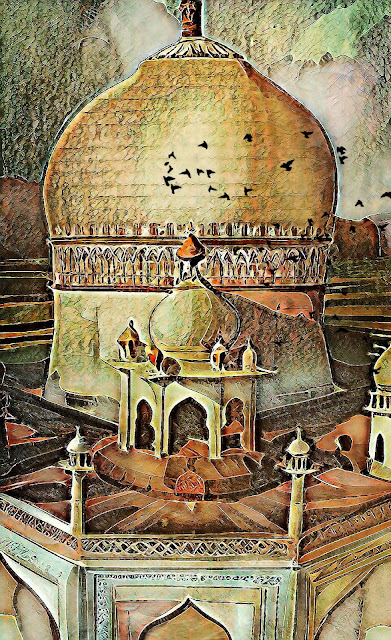 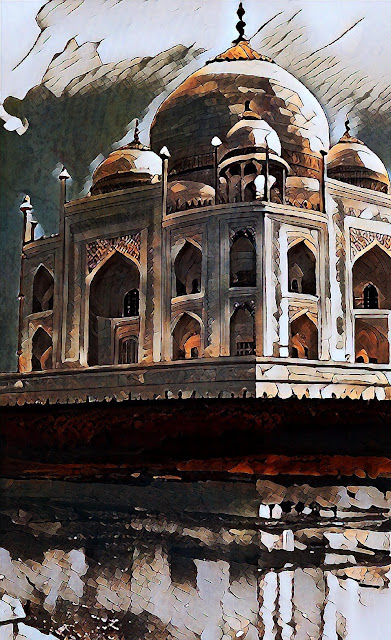 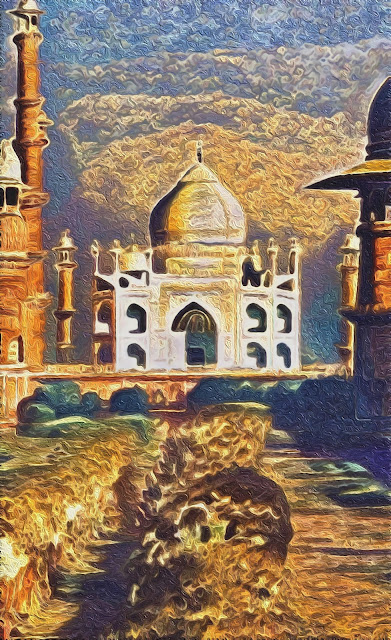 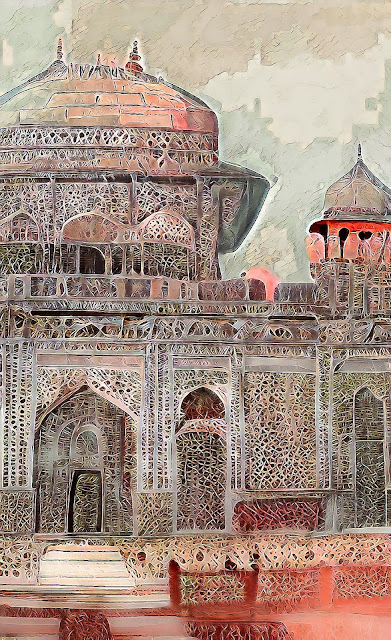 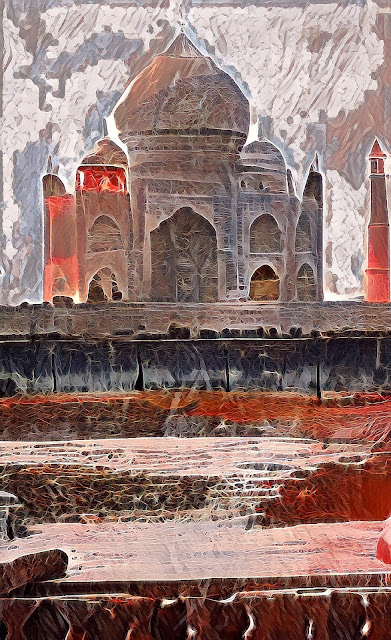 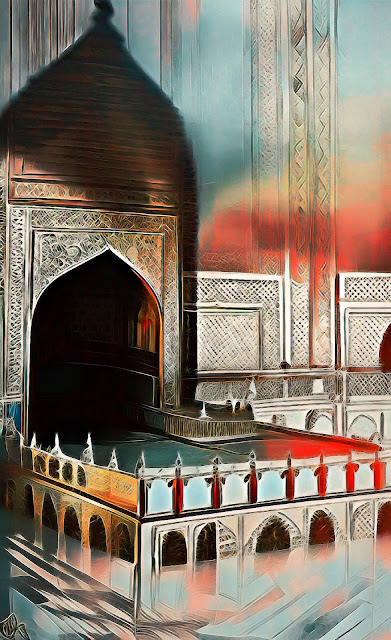 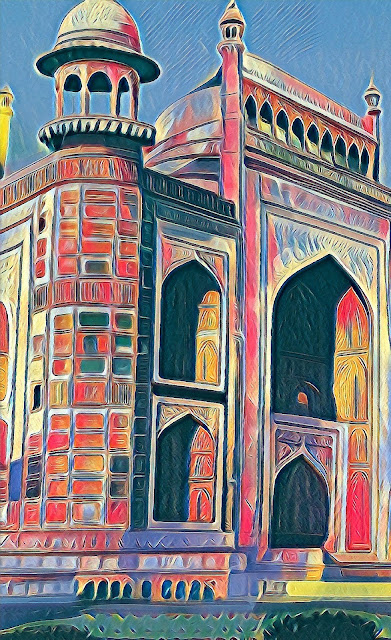 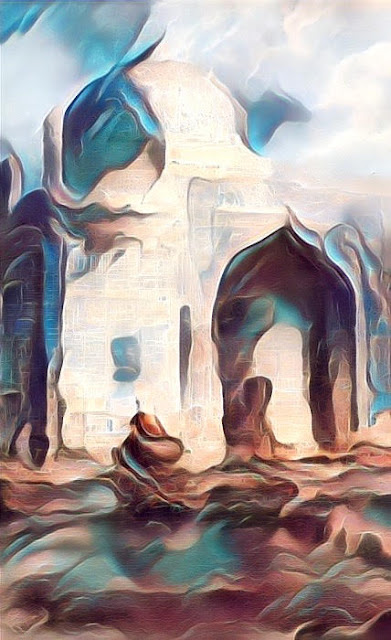