The Disneyfication of the city

It is strictly meant pejoratively when people talk about Disneyfication. And while I can see a little of what people are getting at- homogenized highly manufactured and controlled environments- I consider Disneyfication to be far closer to a model of what we need in a city than it is the thing our urban environments should fear.

And we don't have to even go farther than the car. Besides the Disney model being at a scale that makes it entirely walkable, it also provides as transit options: Trains, aerial tramways, monorails, people movers, horse drawn carriages, and boats. One of the only ways one doesn't get around in these parks is in a motor vehicle. This already puts the Disney model so far above any North American city I've ever been to that it can host half a dozen serious problem before it's brought down to the level of a San Francisco, let alone down to the freeway misery of some place like Phoenix. We are given here in Disney a head start of far better air quality, vastly safer streets, no relentless noise pollution, and healthier, more pleasant commuting.

And when we do bring in the Disney problems nearly everyone of them is far more fixable than the bitter problem of car transportation that degrades almost every city in the world. Housing? There is no housing in Disney, but at least we don't have car centered housing sprawl of inappropriate single family homes that we have to work our density into, often against the will and economic interests of the home owners. We can just build four or five or six residential stories above the restaurants and shops, and most of them already have fake apartments above the stores anyway. We can simply make those real apartments. And as for all the corporate hegemony? I have my ideas, plenty of them, but honestly that problem has to be weeded out of everywhere and every city at this point.

Yesterday I watched an interesting video by RM Transit about aerial tramways. This is a person who makes excellent video essays about worldwide urban transit. And I was relieved to find he was positive about aerial tramways, saying their value depends upon their use and their situation, and that many cities have some wonderful tramways as part of their urban transit options. But I did feel that one important point about these cable cars, traveling on wires above the city, and crossing rivers and climbing steep hills, that was seriously undersold, is that they are charming.

They are a ride.

This is a point that new urbanists tend to undersell, possibly because their arguments are already so good to begin with, but making people-centered, engaging, practical, healthy urban environments can also be fun. Old and unusual transit can add profound charm to a city, whether it be the historic cable cars of San Francisco and Lisbon, the Vaporetti of Venice and Batobus of Paris, or the aerial trams of La Paz, Bolivia. And while I understand some of the economical practicality of busses, my heart rebels at their general joylessness. Just as we probably shouldn't have entirely impractical transit purely for charm's sake, neither should we have practical transit regardless of joy and aesthetics.

The truth is that charm is good for a city in every respect, not least quality of life, safety, and economic or productive vitality. The functional power of a city is essential, but it is only given meaning through the beauty and vitality that makes people want to be part of it. And so it is with transit as a subset of that. I happen to live in a city and in a situation where my journey to work, in a car, is largely full of personal convenience. But it is also bad for the environment, ugly, uninspiring, wildly expensive, unhealthy and dangerous. I'm not saying I have to be able to take a boat ride through a subterranean Pirate city to get to my work to be satisfied (though I would be!), but I am saying I want something better than a bus, even assuming we had nice enough ones that ran with a remotely acceptable frequency and directness.

I could sit here and tell you that we're all going to die from our cars and global warming, or that maybe soon my dear wife and I will be able to chuck it all for some distant city a hundred times more Disneyfied than anywhere in America, but with none of the downsides. But instead I stand here with my hat in hand, optimistic and hopeful: 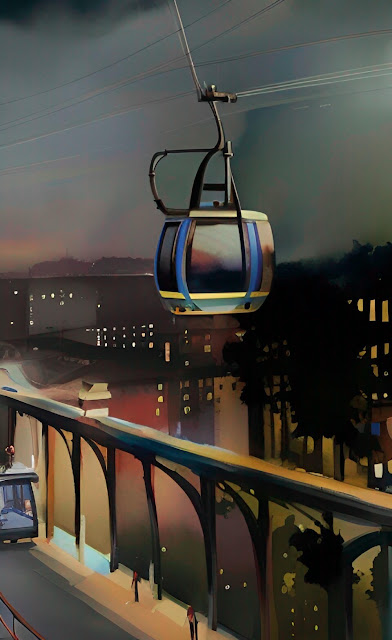 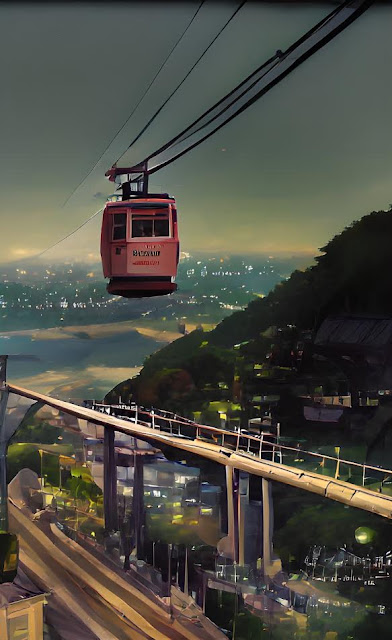