This morning I went out to Reservoir Woods to see if I remembered how to walk. I mostly remembered, but it was confusing because every rare step, randomly, my footstep would poke through the surface of the world and drop two feet.

"Crap." I might say. But didn't because of the great peacefulness that had come over me from being in the woods.

Then I realized a bunch of snow had fallen into my boot.

It was quite lovely in the woods and I decided I should take some pictures for you. I only had my phone, and I figured none of my pictures would be able to give the effect, but I took them anyway.

They did not give the effect.

So I asked my phone to put penguins into the pictures, if it could, to help. 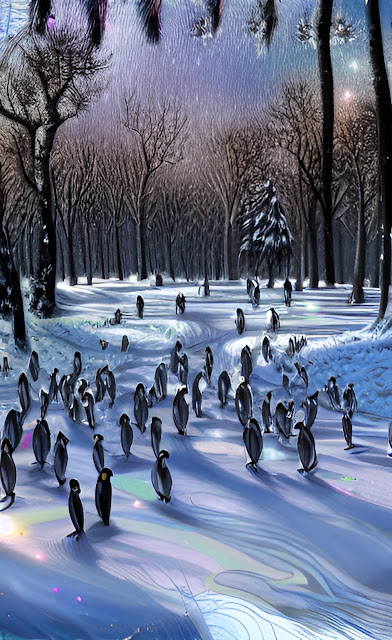 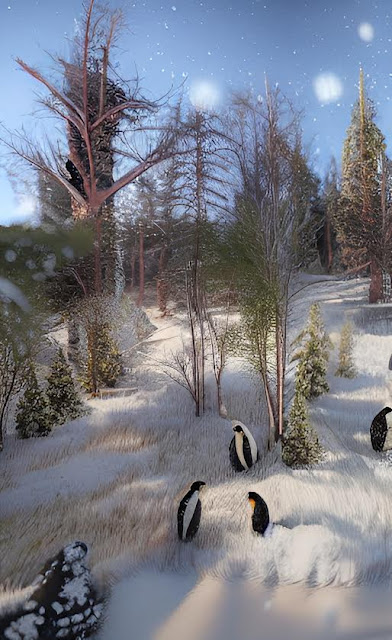 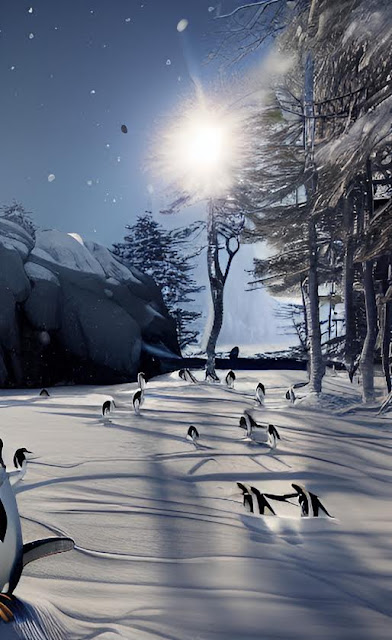 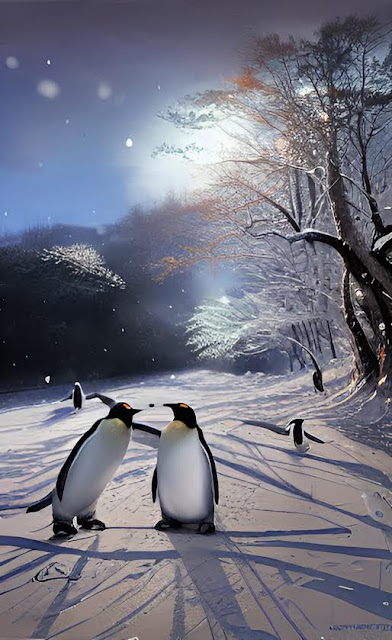 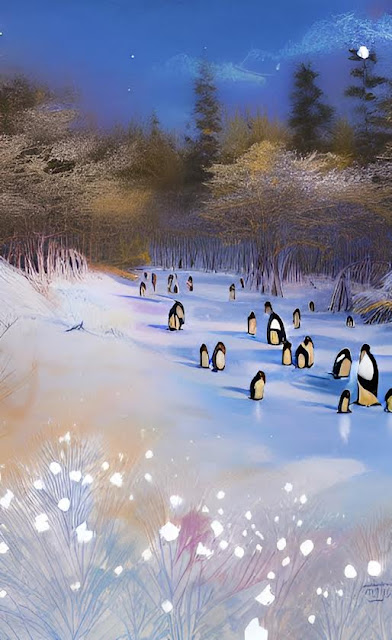 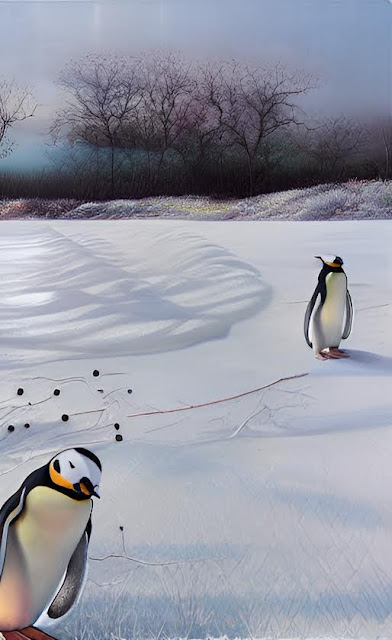